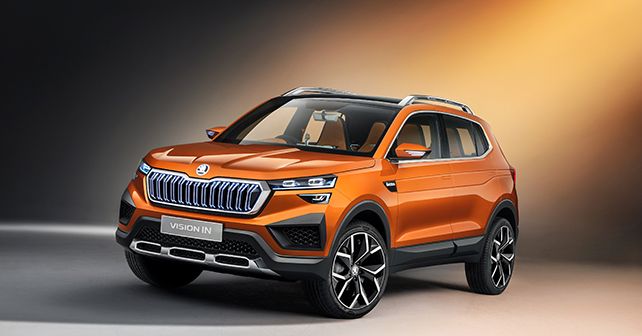 Based on VW Group’s MQB A0 IN, the production version of the Skoda Vision IN is expected to be launched sometime next year.

Nearly a year and a half after Skoda Auto officially announced the India 2.0 Project, we finally got a preview of their first product – the Vision IN – at the first Volkswagen Group Night in India. The Czech carmaker has been releasing teaser images of the SUV for a while now, but today, the Vision IN made its world premiere in India. The product developed from this concept will be built on the brand’s all-new MQB A0 IN platform that has been specially developed for India and emerging markets.

The Vision IN concept looks bold and typically Skoda. At the front, it gets the signature Skoda grille with chrome surrounds and sleek-looking projector headlamps on both sides. The bumper is large and muscular and features massive air-intakes and a silver skid plate. At the back, the Vision IN once again gets some signature design elements like the L-shaped LED taillamps, multi-layered tailgate, and skid plates on the rear bumper. Adding to the proper SUV feel, the Vision IN gets black plastic cladding all around, roof rails, and an upright stance. In terms of size, the Vision IN is roughly 4.2 metres in length, which puts it in the same league as the Hyundai Creta and the Kia Seltos. 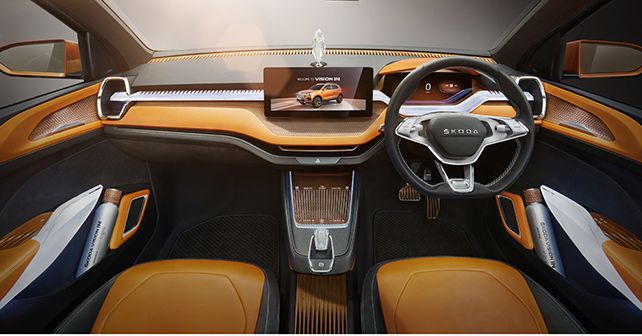 Given the heavy dose of orange on the dash, door pads, and seat upholstery, the Vision IN looks quite sporty. To break the monotony, the multi-layered dash gets a wide chrome bar running across its length. A large infotainment screen takes the centre stage and is accompanied by the Virtual cockpit fully digital instrumentation. Features list should include LED headlamps, automatic climate control, panoramic sunroof, ambient lighting, and, possibly, some ‘simply clever’ features from Skoda.

The production version of the Vision IN is likely to be powered by the same engines that power the Kamiq – a 1.0-litre three-pot turbo petrol and a 1.5-litre four-cylinder petrol. Skoda has already announced that it will launch the production-spec Vision IN around mid-2021.

In the meantime, Skoda will bring in the Octavia RS 245 to India at the Auto Expo 2020 and the Karoq and Superb facelift around mid-2020. 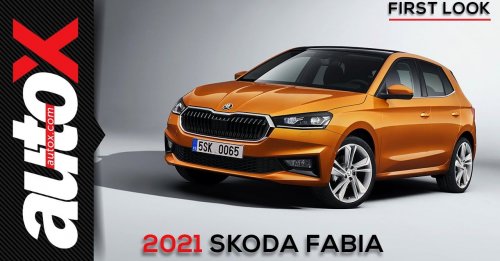