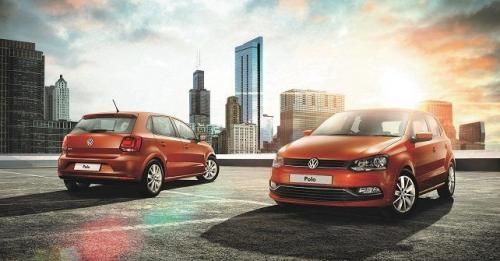 The price of Polo petrol has remained unchanged, which starts at Rs 5.42 lakh (ex-showroom, Delhi)

Volkswagen India has introduced a new 1.0-litre MPI petrol engine in the Polo. It will replace the previous 1.2-litre MPI motor across all Polo trims. The Polo GT, which houses a 1.2-litre TSI engine, will remain as it is.

The new 1.0-litre MPI engine is a naturally aspirated, 3-cylinder unit that produces 75.1bhp of max power and 95Nm of peak torque. In contrast, the outgoing 1.2 petrol produced 74bhp and a much higher 110Nm. What the Polo petrol gains with this new engine is a superior ARAI fuel economy rating, which now stands at 18.78km/l – a noticeable increase compared to 16.47km/l of the 1.2.

Speaking on the occasion, Steffen Knapp, Director, Volkswagen Passenger Cars India, said, 'Delivering on our promise of continued product introduction and innovation, we are pleased to introduce the Polo in an all-new 1.0-litre MPI engine. We are known for our performance and unmatched safety and with this new introduction, we further enhance our brand proposition, providing a diverse portfolio to India’s distinctive car buyer with multiple engine options that best suits their requirements.'

Launched in 2010, the Polo did pretty well to establish Volkswagen in India. However, the car's aged, and the new-gen model, which went on sale in Europe recently, is not coming to India anytime soon. The all-new India-spec Polo is not expected to be ready anytime before the year 2020, and therefore the current model has to march on until then.

Since Polo has received a new petrol engine, it’s quite safe to speculate that this very motor will soon be making its way to the Ameo compact sedan as well.