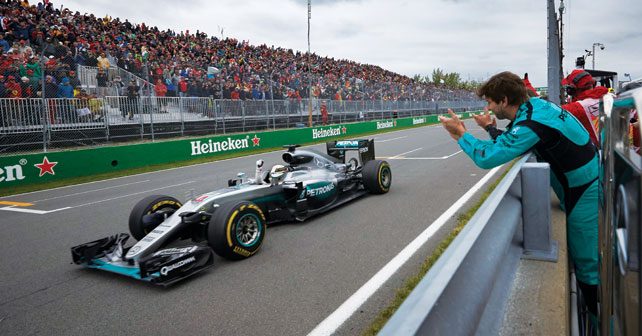 While beer and racing may make strange bedfellows, Joe says that the Heineken sponsorship is the most important new deal in F1 for a long time.

It’s been an open secret in Formula 1 circles that Heineken was coming into F1 in a big way, but everyone respected the press embargo on the story for the most part – allowing the Dutch multinational to gain maximum exposure for its sponsorship announcement in Canada. If this sounds a little odd in terms of timing, as you would expect an announcement such as this to take place in Monaco – where most big F1 deals are announced – but Monaco coincided with the UEFA Champions League Final, which was held in Milan on Saturday, the 28th of May. And since Heineken is the title sponsor of that championship, it was decided to hang fire for another race – and so Canada was chosen for the event.

The deal is reckoned to be the biggest in Formula 1 since the days of Phillip Morris’s Marlboro, with estimates of around $75 million a year. The deal is for at least five years, and Heineken says that the sponsorship fee is just the start of its investment. Gianluca di Tondo, Heineken’s Head of Global Branding, said that he cannot say exactly what the programme will cost, because Heineken does not yet know what it will spend.

“This is the question that all my finance people are asking me,” he says. “I always reply ‘I don’t know.’ At the beginning you really don’t know. You can make estimations. Usually the measure is this – whatever fee we are going to pay, if we are not able to generate at least two or three times that fee in activation, the sponsorship is useless. When you’re talking about activating a partnership in up to 100 markets, you have to be sure that you have enough firepower to push your message out there.”

A quick calculation suggests that five years at $75 million will be $375 million, multiplied by three that’s more than $1 billion. In exchange for that Heineken reckons that it will increase its sales dramatically. The UEFA Champions League sponsorship is reckoned to increase sales at shops that have such promotions by around 18 percent.

“I believe we will have the same with F1,” said di Tondo. “But it’s a journey. It does not happen overnight, and every year will be a bit better. We estimate that Formula One can give us the extra 200 million people on top of the other global consumers that we have. And F1 is looking for spectators to turn into F1 fans. Together we can both reach our goals,” Di Tondo explains.

This is hugely positive news for F1, but while some of the teams are frustrated that Heineken did not look at sponsoring individual teams, the fact remains that the teams will share 60 percent of the money that the deal will bring to the Formula One group, as part of their prize money.

“Heineken is a premium international brand with a super reputation for first class marketing,” Bernie Ecclestone said. “I’m very pleased to welcome them to the Formula One family, and look forward to the scale and quality of their activation at and away from F1 Events. We are both in the innovation and enjoyment business, and I hope that this is the start of a long and special relationship.”

Heineken also said that the F1 involvement will be in addition to its successful partnerships with the UEFA Champions League, the Rugby World Cup and the James Bond movie franchise. As part of the programme, former F1 driver-turned-commentator David Coulthard has been taken on as the Heineken brand ambassador in Formula 1.

Perhaps the most significant strategic element of the deal is a new campaign that will use around 30 percent of the space to spread the word about road safety. There are no half measures with the slogan: “If You Drive, Never Drink.” It’s a brave thing to do, and Heineken will use Sir Jackie Stewart as an ambassador for this campaign.

“I think this is the most significant thing for motorsport for many years,” said Sir Jackie. “It will bring another dimension to the sport, not here in the F1 paddock but out there. We will be helping Heineken get the message across to mass audiences and saving lives.”

One area where the Heineken deal is likely to have a major impact is in social media. Heineken has been one of the pioneers of developing social media to activate its sponsorships. 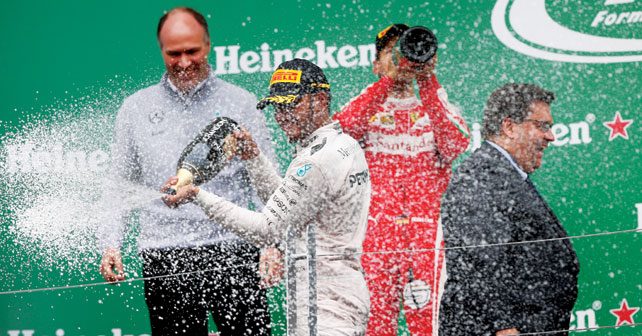 The deal is no great surprise given that anti-alcohol advertising is becoming more of an issue in the world today, mirroring what happened with tobacco a generation ago. The constraints pushed tobacco companies into F1 because it was their only viable choice, and the alcohol business will likely follow the same route. The move into Formula 1 comes in the wake of a massive merger between the two biggest beer industry players, AB InBev and SABMiller, which will create a market-leading firm that will be three times the size of Heineken – the second largest brewer in the world. Heineken has little choice but to expand as quickly as it can, to raise the profile of the brand, sell more product and benefit from economies of scale. The merger should be completed by the end of the year, and it wouldn’t be a surprise to see other beer companies coming into the sport as team sponsors. It’s worth noting that the Canadian GP was going to have sponsorship from Sleeman, a Japanese-owned Canadian brewery, but the Heineken deal made that impossible.

While beer and automobiles might seem an odd combination, it is really not very different from mobile phones – as these are causing more-and-more accidents as people try to drive and text at the same time.

In India, by the way, Heineken is already the owner of a 43 percent share of the largest brewery – Vijay Mallya’s United Breweries. There is little doubt that Heineken will do whatever is necessary to take full control of the group, particularly as Mallya remains in deep trouble because of a massive outstanding debt burden.