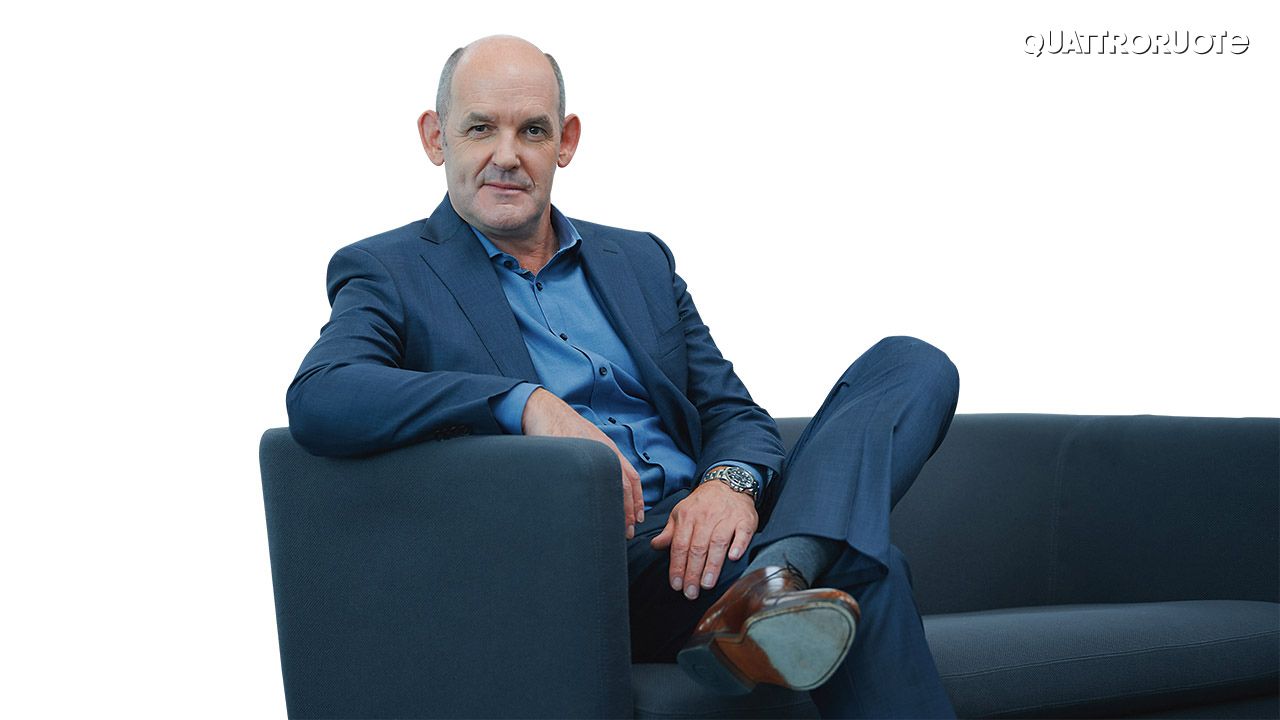 In a tête-à-tête, Michael Cole, the boss of Hyundai in Europe, explains the reasons for the different strategies adopted for EVs and confirms a zero-emission future for the sporty ‘N’ moniker.

‘Follow the money,’ says a source to Woodward and Bernstein – the two journalists investigating the Watergate scandal – in the film All the President’s Men (1976), directed by Alan Pakula. Now, it seems that the advice can also be applied to the automotive industry. Hyundai Europe’s CEO Michael Cole wittily pointed it out while talking about the future of the ‘N’ brand during the interview. ‘In a scenario where much of the investment is focused on developing environmentally sustainable technologies, it would be logical to consider zero-emission mobility while planning the evolution and the future of a brand like N.’

Of course, it would be – although anticipated by experimental vehicles such as the RM20e, an all-electric racing car prototype – a radical change of pace for the sports division of the Korean manufacturer, which in the meantime has unveiled its latest product, the Kona N. Now, over the years, Hyundai has made it completely natural for us to expect something unexpected, such as the Ioniq 5, which not only inaugurated a new platform – the E-GMP – but also a new brand for its zero-emission fleet of the future. So, we talked to Cole to understand the logic and reasons behind Hyundai’s strategies.

You’ve already had success with models like the Kona electric, which, although derived from ICE cars, offer a very high range of autonomy. So, why switch to a new platform and a separate brand?

Very true. The Kona Electric has been important for us so far. You see, when I took up my current position in July last year, after leaving Europe in 2018 when all the CEOs were under pressure to meet the new European emissions regulations, I confess that I was a little worried about the whole situation. And now, I will say that if I had to rank Hyundai’s accomplishments in the last year, I would put its compliance with emission regulations at the top. Considering that plug-ins made a marginal contribution, only about 2% to our sales in Europe and that pure electric vehicles accounted for 13% – for every eight new cars sold, one was electric – it’s clear that the major chunk of our effort was towards the electric fleet, especially the Kona and the current Ioniq. Now, all this puts us at the forefront of the whole electrification process.

And all this happened without the need to develop a platform exclusively for EVs. So, I repeat my question – why change your ways now?

Because even though it’s true that zero-emission products will continue to be derived from ICE models, given the exponential growth of the battery-powered car market, the opportunity to have a dedicated electric platform is very seductive for a manufacturer. First, because it allows you to implement technologies, such as the 800V onboard network introduced by the Ioniq 5, which would not have been possible on a platform derived from ICE cars. And second, such a platform can be used for a range of different models with relative economies of scale. I think it’s a very relevant argument in a field that requires massive investments.

So, when do you expect the EVs based on the new platform to generate profits?

A lot revolves around the economies of scale that can be achieved, and all this depends not only on the market, which is becoming increasingly competitive – not a week goes by without someone presenting a new electric model – but also on the availability of certain components, which has become a topical issue these days. But I don’t want to dwell on this. In any case, given the cost of technologies and the competitiveness of the market, it’s a challenge for every manufacturer to be able to build an interesting product without damaging their finances too much.

Will the Ioniq’s sales channels be traditional? Or does a new brand also mean that you’ll explore new business solutions?

We will sell the Ioniq through the traditional network. Our dealers are now experienced in offering zero-emission vehicles, so we feel very confident about this choice. However, this doesn’t mean that we haven’t started to explore new solutions that are more in line with changing consumer habits, which the pandemic consolidated even further. But we are not excluding our dealers from these changes. For instance, the ‘Click to Buy’ service, which allows customers to decide the extent to which they wish to conduct the entire transaction, including payment, online. But even in this case, our dealers are involved in the process.

How soon do you expect the Ioniq brand to surpass Hyundai in terms of sales?

Actually, it will take quite a while. We have plans to expand the Ioniq line-up, starting with the 6 next year and then the 7. But the volume targets for these cars are not such that surpassing Hyundai in terms of sale can be anticipated in the short to medium term. Current Hyundai models, and in some cases their replacements, will continue to have a much larger share of overall sales, and for quite some time. In any case, our sustainability strategy doesn’t only include the Ioniq. There are also hybrids – mild, full, and plug-in – and electric models under the Hyundai brand. The Kona will continue to be our zero-emission bestseller, at least in 2021.

When do you aim to become carbon neutral, given that other companies have already set dates?

We haven’t decided on a precise date. We already offer the most diverse range of electrified, pure electric, and fuel-cell cars in the market. And we see growth opportunities in all these areas. However, if we look at Europe, the reality is that not all markets are moving towards electric or, at least, not at the same pace. So, the demand for thermal engines will be there for a long time to come. It’s also a matter of infrastructure. The auto industry is only one player. We need individual states to invest in creating favourable conditions for a smooth and efficient transition towards electrification. First, the charging network must be established, and then this transition should be made economically feasible through incentive plans such as those in place, for instance, in Germany.

You have also introduced the Bayon, which is very close to the Kona in size. What is its strategic role, and what volumes do you expect?

The B-SUV segment is growing exponentially, so there is potential for a diversified product portfolio. The Kona sits at the top end of the range and offers front- or all-wheel drive and a range of powertrains, including hybrid and electric. This positioning has created a void at the lower end of the segment, which could be filled with a model capable of delivering practical and affordable technology, style, and spaciousness. So, who would be the typical customer? Well, young families and empty nesters (parents with children away from home). In any case, we think that in Europe, the Kona will continue to achieve big volumes.

A few years ago, you introduced the i30 Fastback. Would you replicate the formula?

The Fastback accounted for around 10% of the total sales of the i30 range, and we think that’s a good figure for a body style that is not so common in Europe. But the N variant did much better, accounting for half of the i30 N’s overall sales. If we were to go back, we’d do it again. But reproducing it in the future . . . I don’t know. I guess, it depends on how trends and tastes evolve in the coming years. The important thing is to be able to anticipate these trends with design choices that give a competitive advantage.

Don’t you think that an SUV-Coupé body like that of the Kia Xceed would have given you that?

I wasn’t at Hyundai at the time when those decisions were made. I was at Kia itself. Hyundai did its own evaluations on how to expand the i30 range. And I think the decisions that were made were right because probably such a product would have exposed us to the risk of the cannibalisation of the Kona.

Speaking of the Kona, it’s yet another product to receive the N logo. When will we see a halo model, maybe a mid-engine, from the N brand?

We’d love to have a halo car; we’re all car guys. But we have to deal with reality, and for now, the focus is on expanding the ordinary range. And then we have to anticipate the direction of the future evolution of the N brand. Perhaps, it will go towards green mobility without compromising performance. Let’s see.

When, then, will there be an Ioniq N model?

As of now, we don’t have any immediate plans, but if you consider the possible future of the N brand, you can’t help but think of zero-emission mobility. 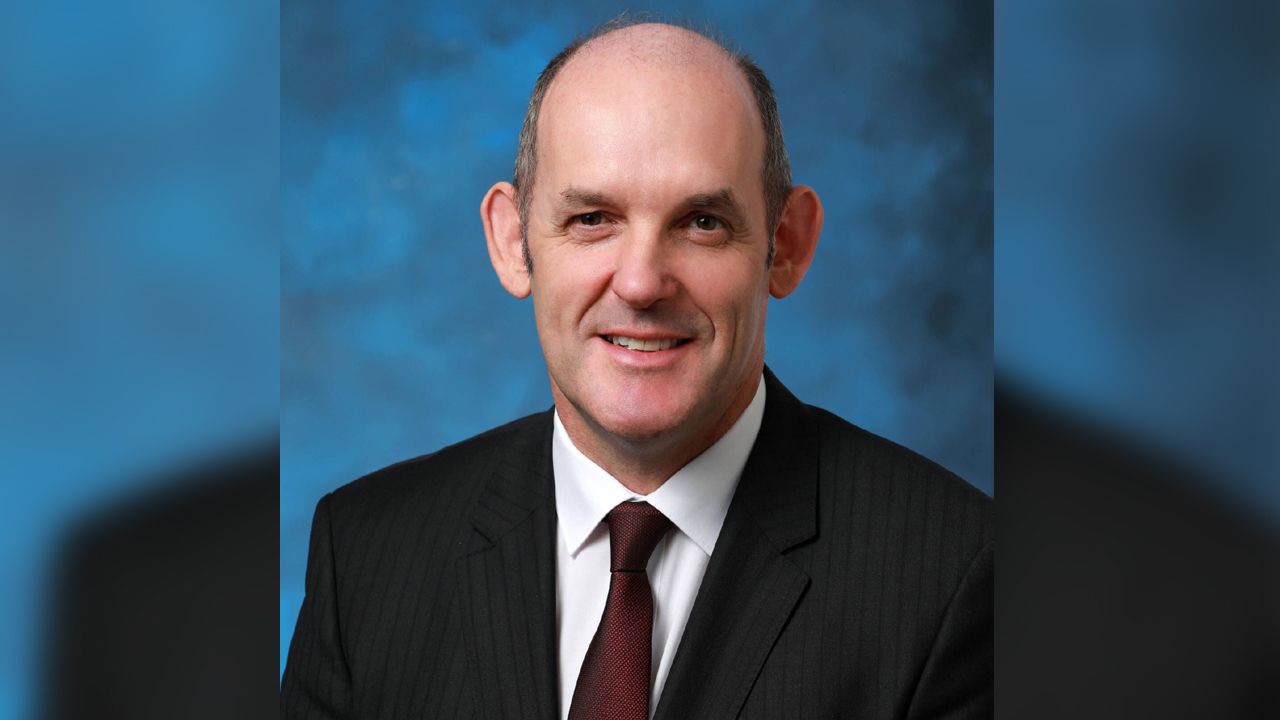 A graduate of Oxford Brookes University, England, Cole became CEO of Hyundai Europe in July 2020 after serving the Kia brand for 11 years. From 2018 to the spring of last year, he was first the Vice President and then the President of Kia Motors America. 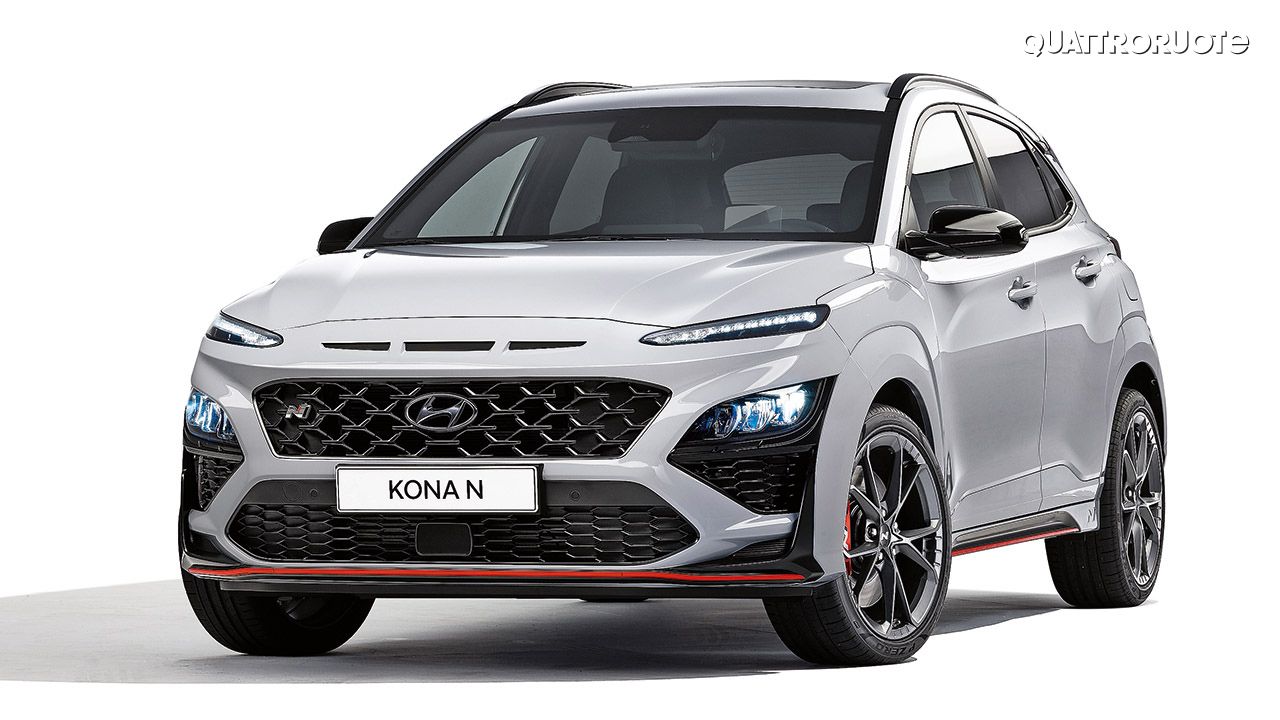 Don’t let the moderate design changes fool you. The Kona N is not a sporty setup of the popular B-SUV, but a true ‘N’. So, we get an electronically controlled suspension, a lightened front axle with increased lateral stiffness, an electronic differential, and five driving modes, including the one that allows you to customise various parameters. The high-performance braking system features larger discs both at the front and rear. As with the other N models, the Kona encapsulates the essence of an everyday sports car and a track beast. The car is powered by a 2.0 T-GDi four-cylinder engine with 280bhp and 392Nm, which is transmitted to the front wheels (19” rims) through an eight-speed dual-clutch gearbox. The behaviour of the gearbox changes depending on three different presets – N Power Shift (provides the ‘kick’ effect as it moves up a gear), N Grin Shift (20-second boost to maximize performance), and N Track Sense Shift (gear selection for the track). The Kona N can clock 100km/h from a standstill in 6.2 seconds (5.5 seconds with launch control engaged). 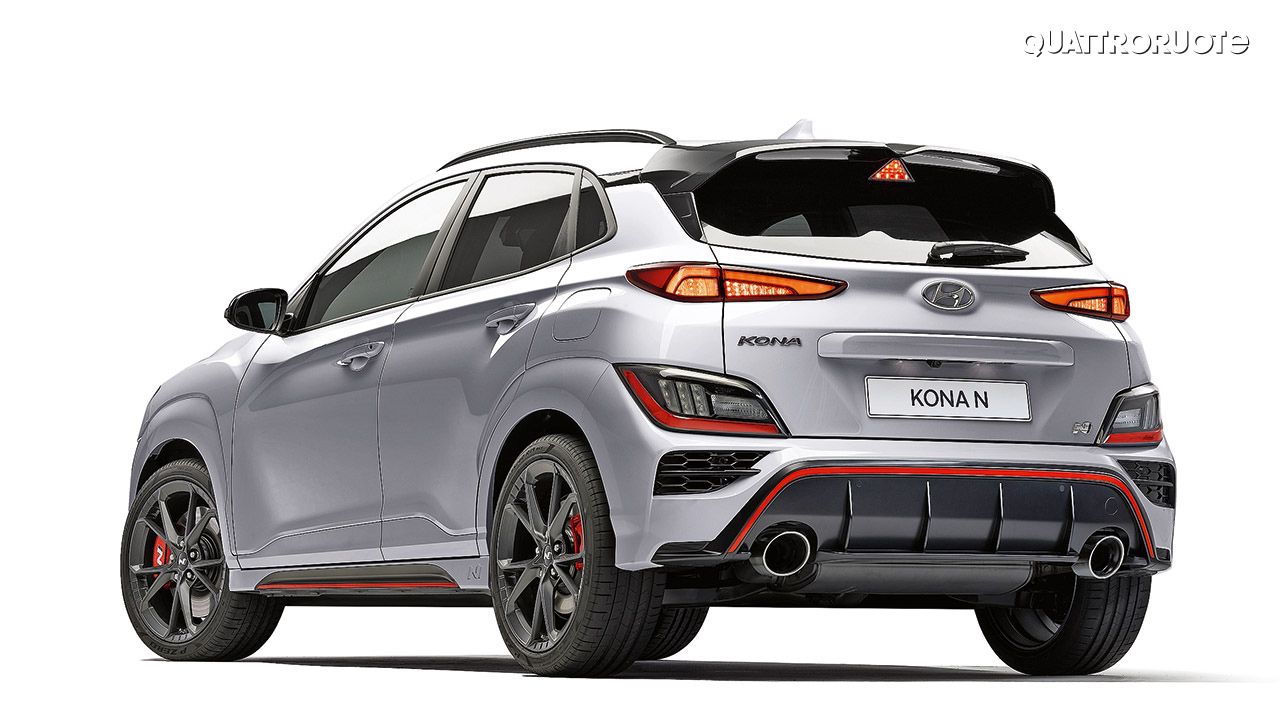 The Kona N has received only a few aesthetic changes, which are limited mainly to the red marking along the lower part of the body, the double spoiler at the top of the rear window, and the rear diffuser.

Below: The Ioniq 5 marks the debut of a sub-brand and a new platform, both of which are dedicated to EVs. Further Down: the Kona Electric, derived from the internal combustion model of the same name. 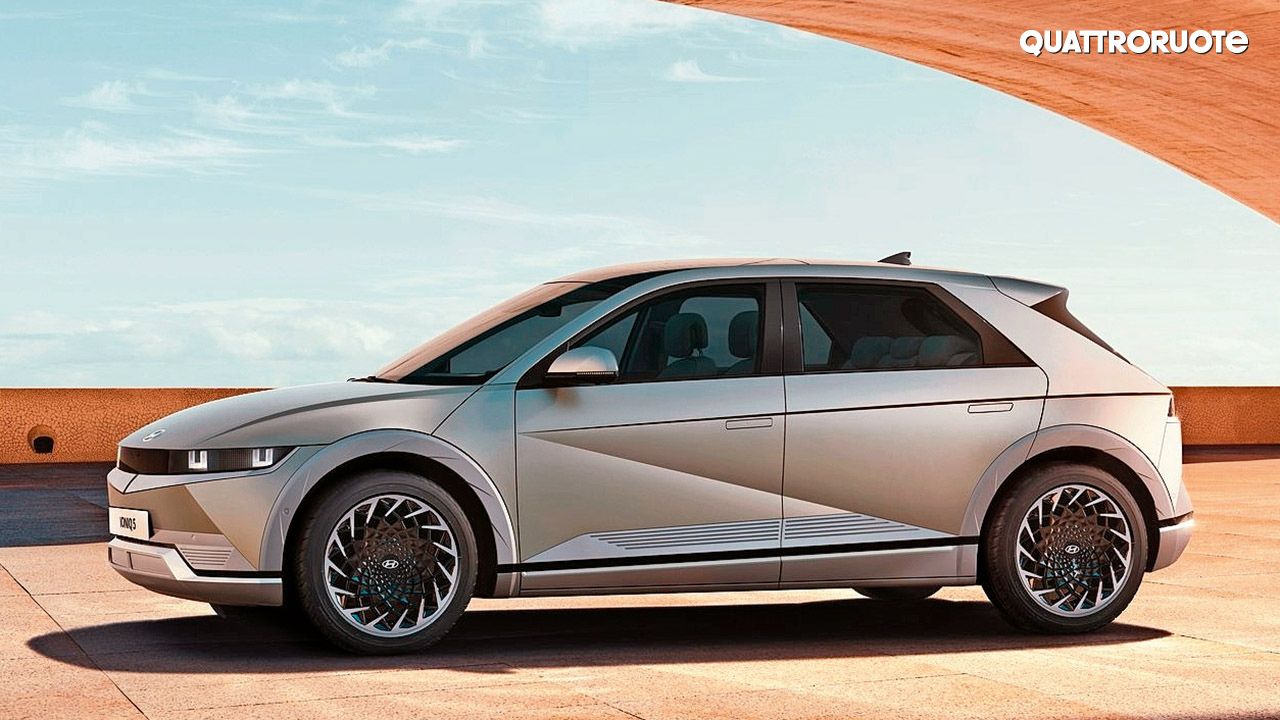 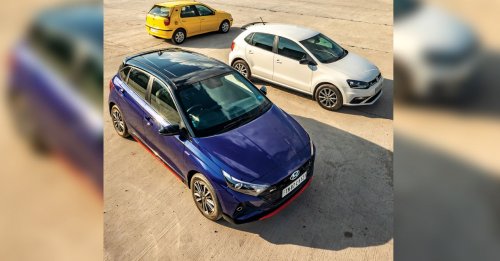