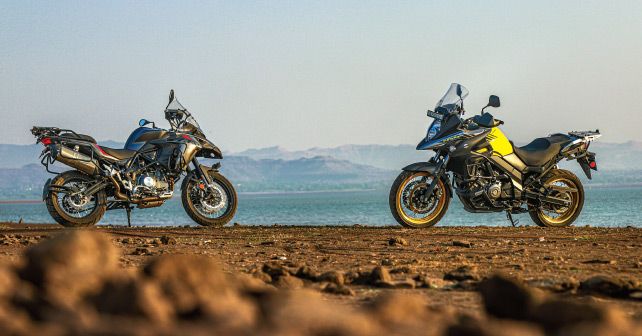 Is adventure riding on a budget oxymoronic? Well, not necessarily! We take two of the latest mid-size ADVs to prove that an awesome adventure riding experience without breaking the bank is quite possible.

The last few years have seen a dramatic evolution of the Indian motorcycle market. Earlier, we only had regular sub-200cc commuter motorcycles, along with some really big capacity sports bikes and cruisers, but not everyone could afford them of course.

Royal Enfield was the only manufacturer to offer mid-capacity machines in the 350cc and 500cc segments, but today things have changed radically. Almost every manufacturer from around the world is now offering their products in India. But that’s not it. Interestingly, the adventure segment has emerged to be one of the most popular motorcycle segments.

While the full-size ADV segment has more than a few big burly machines to offer, the mid-segment ADV market has only just begun to evolve. More-and-more people are now looking to upgrade and move into the premium bike segments. A lot of people can’t afford full-size ADVs, so naturally, they turn to the mid-segment, which is a lot more suited to their needs and budget. 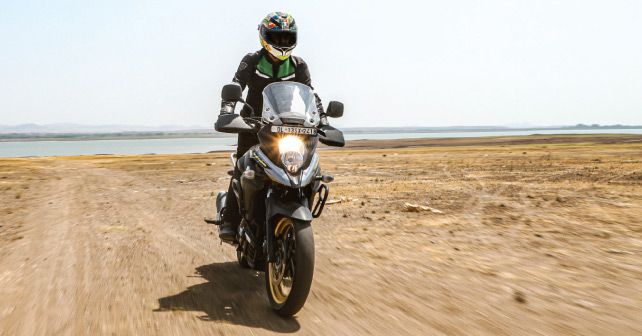 But there is more to mid-size ADVs that meets the eye. These bikes are actually perfect for India. Not only are they more affordable, but they are also more fun, easier to ride, easier to maintain and can be used to their full potential.

Now, for this feature, we got our hands on the Benelli TRK 502X and Suzuki V-Strom 650XT, and we’re going to show you why these bikes are just as good, if not better, than their bigger brethren.

Certainly look the part
The mid-size ADV segment offers many options, spread over a wide price range, to choose from. The new Benelli TRK is probably one of the most affordable premium ADVs now in India.

In terms of dimensions and weight, the TRK 502X is by no means small, in fact, it’s pretty big and weighs north of 200kgs. In terms of design, it has a captivating appeal that’s sure to enthral ADV lovers, and did I mention that it has the appearance of a proper, big ADV bike? Well, it does!

The front section has nice LEDs.

The headlight design and the front beak look very similar to the Ducati Multistrada. The massive fuel tank and the cowlings give the bike a very muscular appearance. 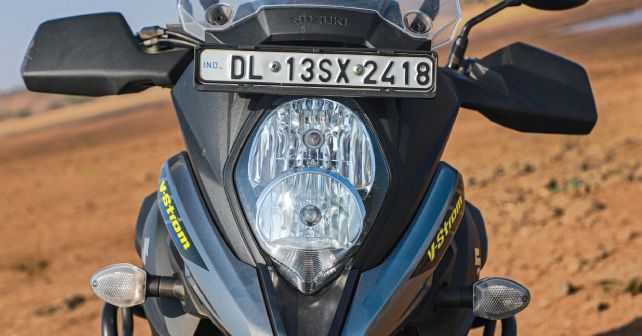 Coming to the Suzuki V-Strom 650XT, almost five lakh cheaper than the base Triumph Tiger 800, it’s another fantastic option for someone who doesn’t want to file for bankruptcy after buying a capable motorcycle.

The V-Strom 650XT is a powerful machine that shares its design DNA with the bigger V-Strom 1000. The bike has a narrow frame, which makes it easy to mount. It also has a massive 20-litre fuel tank, but it has been slimmed down to go along with the overall look of the bike. In spite of being more compact than most bikes in the segment, the 650XT somehow manages to retain its big ADV look.

Exploitable power
The TRK 502X is by no means a light bike – it weighs 220 kilograms. But that doesn’t mean that it’s difficult to ride. What makes riding this heavy bike easy is its small 500cc, in-line, twin-cylinder liquid-cooled engine. You get about 47bhp and 46Nm of torque, but all this is usable power. So, you can squeeze all the juice out of this engine and keep the throttle open as long as you want without any fear. 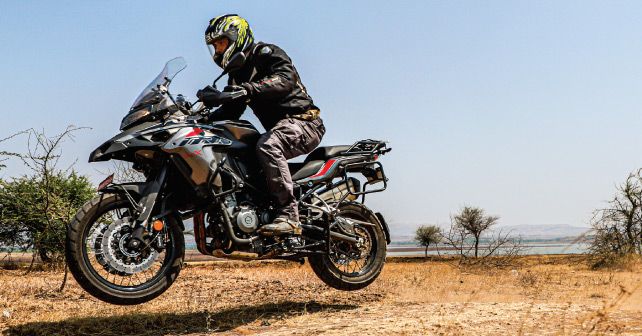 The TRK 502 is a brilliant bike, especially for novice riders. It might feel a little sluggish if you’re used to riding bigger bikes, but given the riding conditions in India, it’s still a fun bike. The engine feels smooth and composed at all times, and the steering is also pretty light, which makes it easily manageable on the road. The suspension setup is also good on almost all road surfaces and terrain.

The V-Strom 650 is a little more powerful than the Benelli. The V-Strom 650XT has a 645cc, 90-degree V-twin, liquid-cooled engine. It’s also smooth and very refined and feels amazing on the road. And with 71bhp and 62Nm of torque, it has more than enough power to make your ride even more adventurous.

The manner in which the engine delivers power will make you instantly fall in love with it. The throttle response is crisp and immediate, and its mid-range is simply brilliant. The bike isn’t lightning quick, but it’s still exhilarating and smoother than what you would expect. The 6-speed transmission works well, and you can hold gears longer since you don’t need to downshift too often. This is a sports tourer after all, and the tarmac is where you will really enjoy this bike. 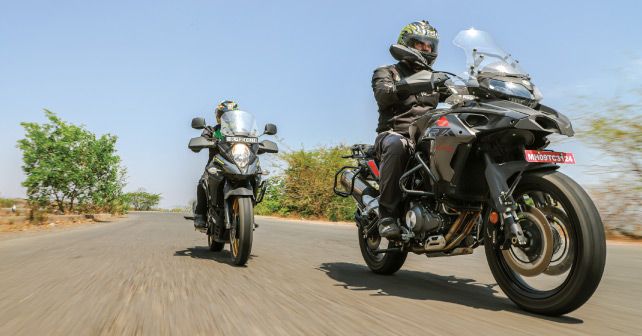 Easier to handle
Apart from the great engine and exploitable power, the Benelli TRK 502 handles pretty well for a big bike with a less powerful engine. The ‘X’ variant has a lot of things that make it more off-road oriented. First, it’s got a much higher ground clearance of 210mm, which makes it great for Indian road conditions. The bike is well balanced at all times and is much easier to ride on a daily basis, even in traffic, than a full-size ultra-powerful ADV.

The V-Strom 650XT is great around the bends and in urban areas. It may not be the best off-roader, but it holds its ground well enough on the rough stuff. In short, the V-Strom 650 is really a versatile machine. Since these bikes don’t have excessive power and feature a light clutch, you can ride them for long durations without encountering a problem.

Better than most
These bikes are not meant for experts who usually have demanding expectations, but even the experts will tell you that light weight and practical power is the way to go. Mid-segment bikes are meant to be enjoyed by everyone, as they offer a great riding experience.

The V-Strom 650XT isn’t the only Japanese bike available in this segment, the Kawasaki Versys 650 is there too – and it’s even a little cheaper. Nonetheless, if you’re thinking of entering the world of premium ADVs then either of these bikes will do.

The TRK 502 starts at just `5 lakh – an amazing price for a bike like this. Of course, there’s Ducati, also an Italian brand, that offers a very good mid-size motorcycle called the Scrambler, which also offers a fun adventure riding experience.

The mid-segment has evolved over the years to offer you a variety of bikes – all the way from the RE Himalayan to the expensive Tiger 800 and BMW 750GS. I think, if it’s a premium ADV bike that you seek, you should go for these smaller mid-size bikes, for they’re fun and offer plenty of excitement. So, what are you waiting for? Start planning your next adventure and choose your ride. 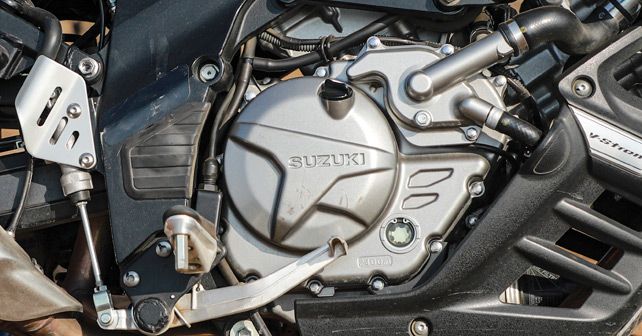 The Suzuki V-Strom 650XT’s 645cc engine is very smooth and refined. With 71bhp and 62Nm of torque, it has enough power to make your ride even more adventurous. 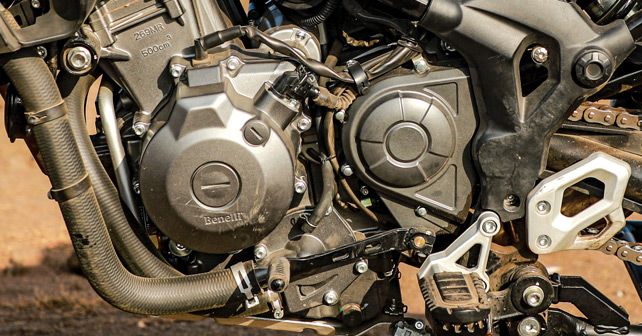 What makes the heavy Benelli TRK 502X easy to ride is its small 500cc engine. It pumps out only 47bhp and 46Nm of torque, but you can squeeze all the juice out of this powerplant without any fear. 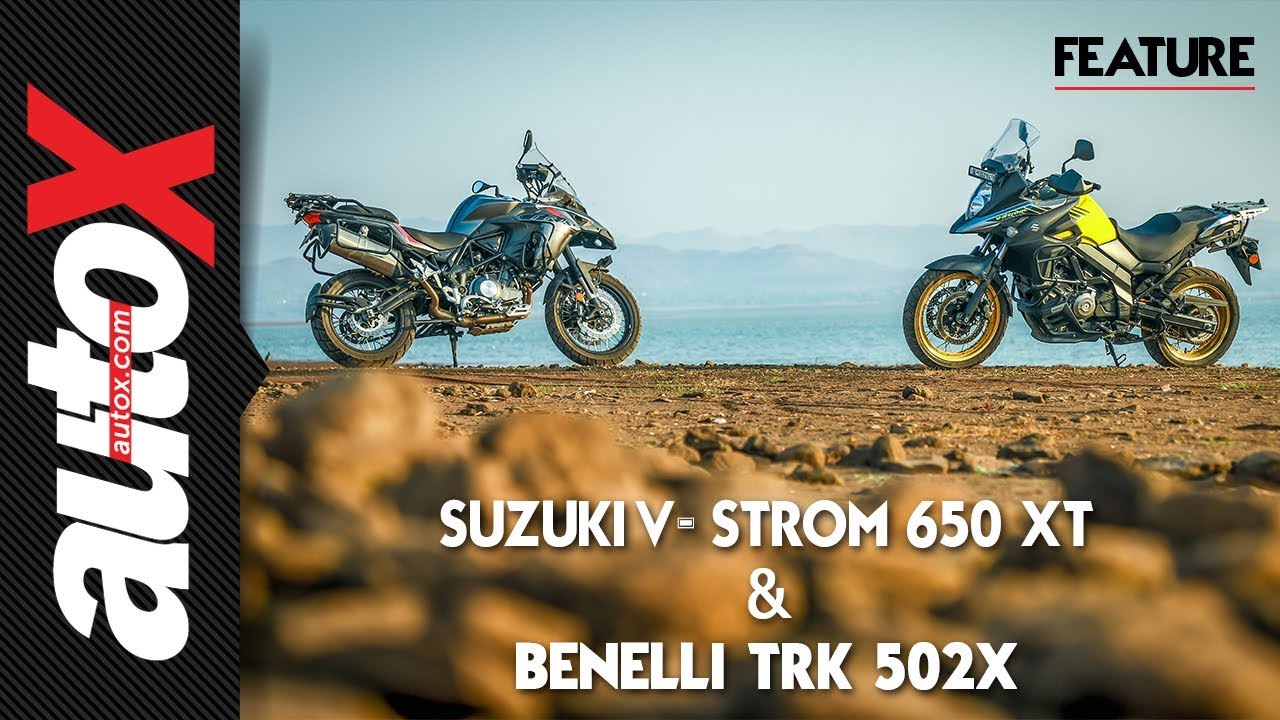 X-factor: The most affordable and fun ADV sports tourer in India.

X-factor: An affordable, easy-to-ride ADV that looks like a beast on the road. 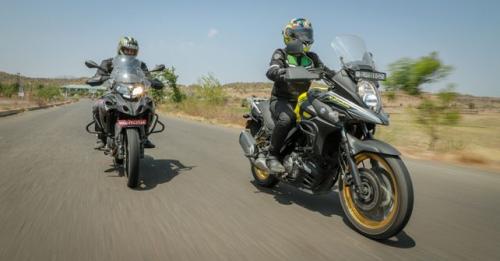 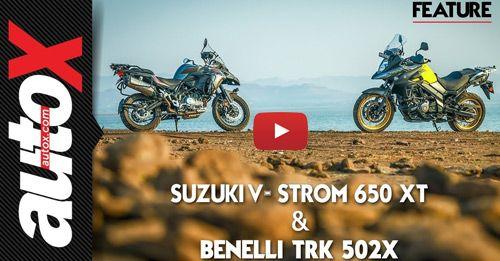 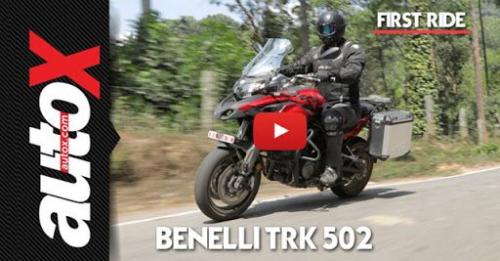 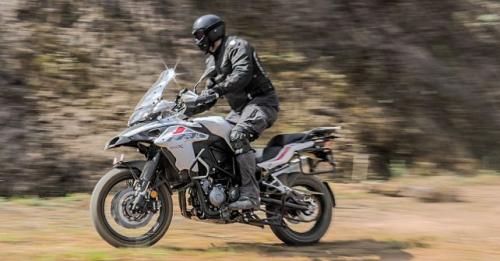