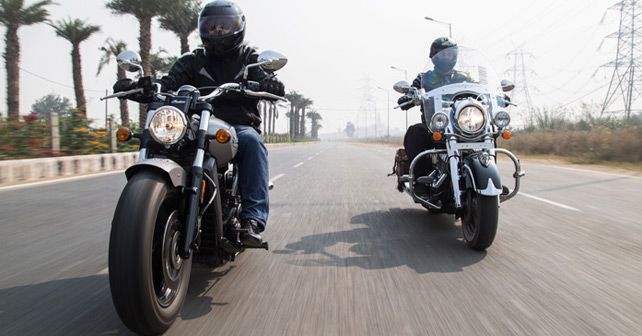 Are you a cruiser buff who’s more at home on the highway? Or are you a city slicker who ventures out to the expressway only on weekends? Whatever your preference, America’s iconic motorcycle maker – Indian – has something for you.

It’s that time of the year when riding a bike is bliss. There’s a nip in the air, as winter is setting in. The sky is blurry, and the sun comes across as a former celebrity with a fading aura. The weather is perfect to saddle up for a long ride. I’ve always been a cruiser guy. I love a comfortable riding position – plus, the monstrous presence and sense of style that only a cruiser can provide.

I’ve had the privilege to ride some of the most exquisite cruisers, but after a while most of them come across as Harley-Davidson clones in terms of design, their chrome garnish, and even ergonomics. And this is understandable, since H-D is the leader in this segment – both in India and globally. But you do feel disappointed with motorcycle manufacturers for their inability to come up with something different. A non H-D bike that still strikes a chord is the Suzuki Intruder, which rides like a sports tourer and is powered by a state-of-the-art 1.8-litre engine – and it’s radical design can’t be mistaken for any other bike. And macho cruisers are all about making a distinct statement! 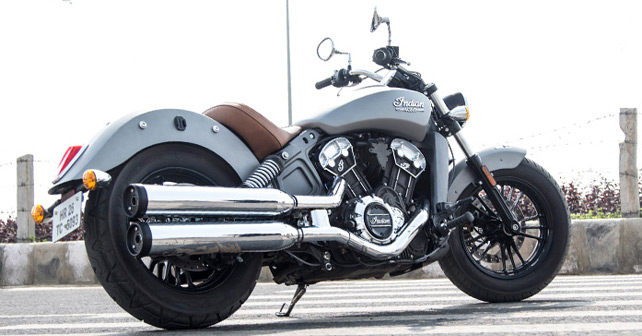 Fortunately, I didn’t have to wait too long for a ride as one presented itself. Now I know you can’t see me, but I was smiling from ear-to-ear when Indian invited us to ride the colossal Chief Vintage and the all-new Scout. Having already ridden the Chief Classic earlier this year, and after being blown away by its build and paint quality, not to mention it’s smooth, powerful V-twin engine – and, of course, the attention it attracts – I just couldn’t wait to get a hold of these bikes.

And so patiently waiting for us were the Vintage and the Scout. The former is everything one could want in an old school cruiser. It has a truly commanding presence. The chrome glistens in the sun, and the rich quality of the desert tan leather saddlebags and seat add even more class. Though I’m not a big fan of windscreens on bikes, it doesn’t look out of place on the Vintage – as it reminds me of American police bikes on patrol. As much as I was tempted to ride this muscular cruiser first, I eventually opted for the Scout.

The Scout is the antithesis of a cruiser. It’s a compact, bare basics bike, which brings out its beautiful retro feel. And it has more matte finished components than chrome. What makes it practical and easy to ride is its relatively straight seating stance – unlike the usual laid back, lazy posture. And I was never particularly fond of ferrying pillions, so the single seat works just fine for me. The Scout’s low centre of gravity also means that manoeuvring it around the city will hardly be a bother. Fire the engine, and the liquid cooled V-twin 1,133cc engine roars to life. It’s not as loud as one would like, but then that’s a very personal choice. Another reason I thought so could also be because Jared, on the Vintage right behind me, was happily twisting the throttle to let bystanders know that the Chief had arrived. Compared to the V-twin 1,811cc, the Scout sounded like a cap gun in the midst of Diwali crackers.

The Scout’s engine responds like that of a street bike. There’s no lazy ‘give me a second to settle down’ pick up. Honestly, one needs to be careful and alert because the thrust from the engine can push you back and put the fear of God in you. Don’t for a second think that you’re riding a cruiser, otherwise be prepared for a shock. The Scout is like a young stallion always ready to gallop faster – and the higher you rev it, the more it feels at home. Crossing the three-figure mark is child’s play. Accelerating to beyond 150km/h is when it starts getting warmed up. And since it produces almost 100Nm of torque, it never runs out of breath.

If the power hungry 100bhp liquid-cooled engine was impressive, then it’s handling was even more so. The Scout weighs 253kgs – virtually the same as H-D Super Low – and easily waltzes through traffic. What cripples a cruiser is its turning radius. One has to watch the traffic, calculate the space, and then finally make your move. But, in the case of the Scout, it takes turns with ease and the tyres provide a lot of reassuring grip.

If I had to crib about something, then it would be the instrument cluster – and the odometer specifically. It’s too basic, and the lack of fuel gauge is simply unpardonable.

It was now time to swing a leg over the Vintage. And it is truly a classic with its whitewall tyres, tear-drop tank design, wide floorboards, and genuine leather saddle – everything reminds you of the classic Indian Chief. 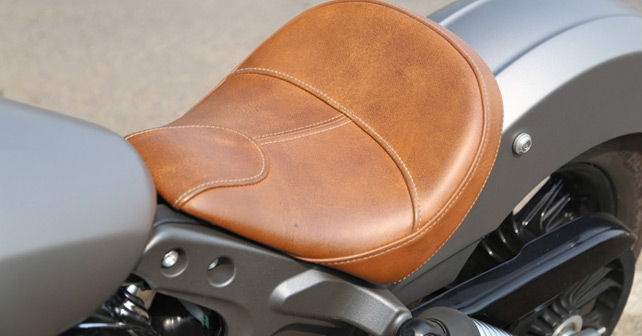 The monster weighs a massive 379 kilos. It comes with a backrest, which makes the ride even more relaxed. Unfortunately, Indian doesn’t reveal the power of the Thunder Stroke 111 engine, but it’s easily one of the smoothest powerplants out there. It won’t rush you, but at the same time you’ll find yourself cruising comfortably in excess of 120-150km/h. This laid back engine can be quite therapeutic, as it actually helps you relax.

The Chief’s unique design, with dollops of chrome, its signature war bonnet on the front mudguard, the leather saddlebags, and the windshield add even more swagger to it. It’s built for open straight roads, where it can chomp down kilometres without worrying about negotiating traffic or taking U-turns. And its massive torque of 139Nm means that you can accelerate from low speeds in a high gear without any difficulty whatsoever.

Both these Indians are poles apart, but this just shows the variety that this iconic bike-maker now has in its portfolio. The Scout is a perfect street bike, which looks sleek, has a high revving, responsive engine, and the build quality is flawless. What was even more impressive was the lack of vibrations. Though it is Indian’s entry-level bike, it’s certainly the most practical bike in their line up – and if I had the money (Rs.12 lakh-plus), I would buy it with my eyes closed, and wouldn’t even bother with any accessories.

The Chief Vintage is all about pomp and glamour. It doesn’t come cheap either. But if you think bigger is better, then there’s no other cruiser that comes close in terms of refinement, quality, accessories and heritage. The choice is entirely yours, as both are winners in their own right. And America’s first motorcycle company, Indian, probably knows it! 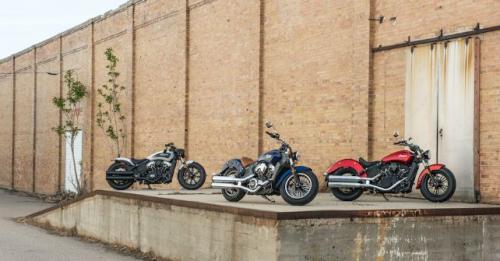 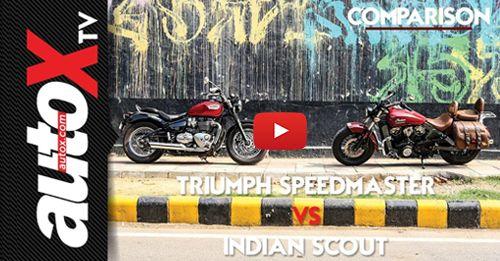 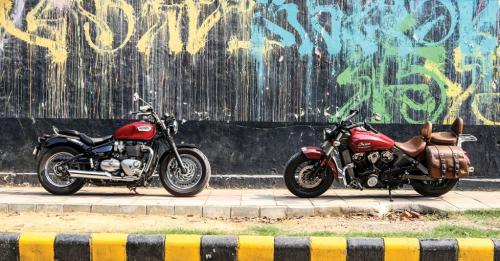