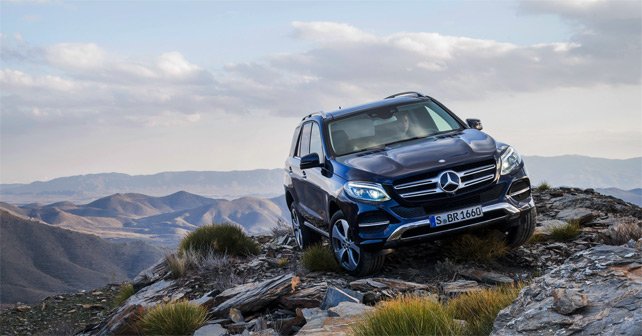 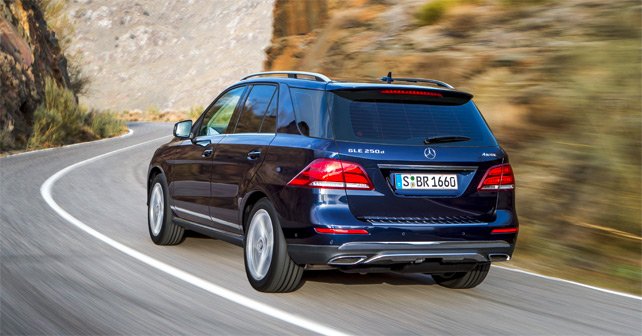 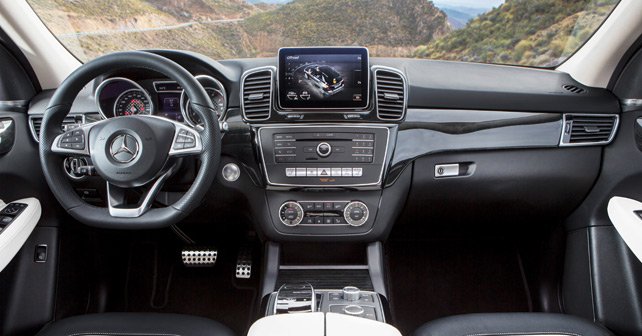 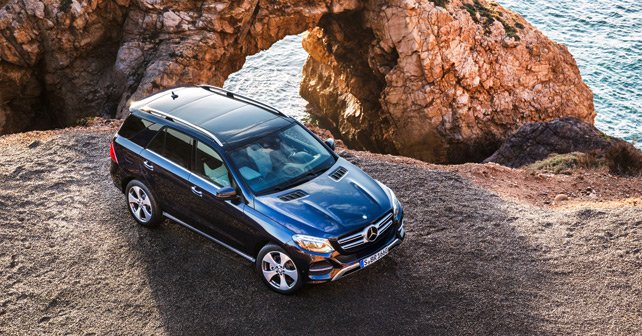 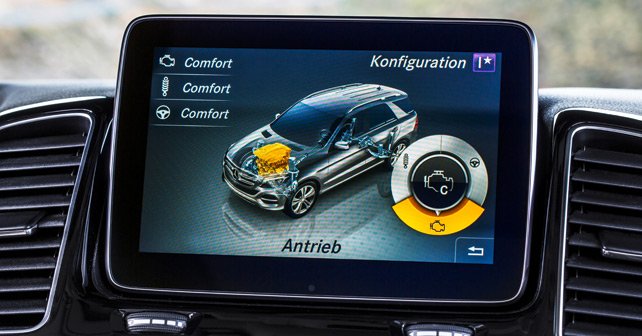 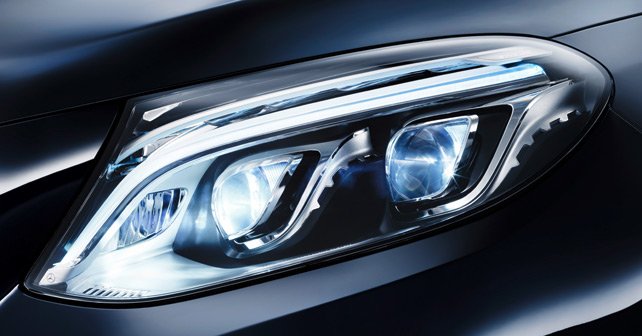 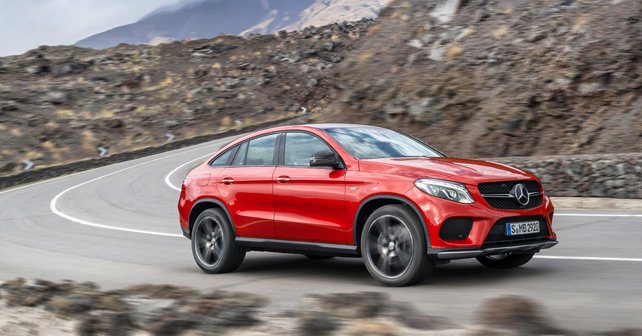 As Mercedes revamps its SUV portfolio, the ML is rechristened as the GLE. Siddharth Vinayak Patankar tests it to tell you just what’s changed.

It’s no secret that the SUV remains the flavour of the season – no matter which market you look at. Of course, the success of SUVs has been largely dependent on their affordability. But it was also about their ease of use, or lack of it that kept some buyers away. Now days SUVs increasingly drive like cars, while maintaining the bulk – or at least the height and proportion – of an off-roader. But who goes off-road really, right?

It’s these observations, and the fact that its two compatriots have been well ahead in the SUV game, that prompted Mercedes-Benz to redefine its global portfolio. It was time to have SUVs in various shapes and sizes, from the very compact GLA, a much-needed global rival to the Q5, the GLC, and a reincarnation of its ML-Class – the new GLE-Class. For the uninitiated, Mercedes-Benz has decided that it’ll follow a uniform nomenclature across its portfolio. So, while the primary sedans will be the CLA, C, E and S-Class, the corresponding sized SUVs will now be GLA, GLC (the old GLK name is gone), GLE (replacing the ML) and GLS (instead of just GL). The legendary G-Wagon will retain its name – after all, that’s where the G has come from for all the SUVs anyway.

Now that I’ve bored you suitably with all that background, let me get straight to the new GLE. The ML was due for a makeover anyway, so the timing to introduce the GLE was perfect. It was also time for Mercedes-Benz to have a BMW X6 rival, so with the facelift also comes the coupé body style of the GLE.

Now I have to admit that the coupé bodystyle isn’t for me. But BMW sold 260,000 units of the first generation of the X6, and the second generation, which has been around a few months, is adding to that impressive tally. And so it’s clear that Mercedes-Benz and Audi need to get in on the action. Mercedes-Benz has beaten Audi to it, and has also declared plans to offer an X4 rival – the GLC Coupé. But never mind that for now. If you saw Jurassic World, the car driven by Bryce Dallas Howard is the GLE Coupé.

I have to say that it’s definitely better proportioned and nicer looking than the X6. The GLE Coupé almost looks like a cross-sedan at first glance, although the rear is trying a bit too hard to be as sexy as the S-Coupé. The problem it that the boot release is housed at the rear bumper. But the reverse camera being housed beneath the Mercedes Star (that flips open when the camera is in use) is quite clever!

I tested the GLE 450 AMG Coupé, but not the Mercedes-AMG GLE 63 Coupé. This means that the car carries AMG trim, but not an AMG engine – which I think is the way to go in India too. That’s to say keep the AMG trim line standard for India, since the Coupé will only be a direct import anyway.

At any rate, the 450 is no meek machine. The car punches out 367 horses and a peak torque of 520Nm kicks in as low as 1,800rpm – with a nice run all the way to 4,000rpm. The 9-speed gearbox is something new from Mercedes-Benz, and it was on the Coupé that I first got to experience it. And it certainly delivers the goods. It downshifts very quickly, and is fun to use with the paddle shift.

The Coupé has a different drive feel over the SUV, with a very distinct character. It’s quick, nimble, and has a more car-like feel for sure. The petrol V6 is powerful, but its real character comes alive only when you put the car into Sport Plus mode. That’s also when the exhaust note come alive with some loud pops and crackles. The gear changes are really nice and quick, so you get exactly the kind of performance that you want from the car. It is fast, but not necessarily as sporty as I’d like. It doesn’t have that slight extra stiffness of the steering or suspension like the new X6. But I think the focus of the Coupé is very different, as it’s not really trying to be very sporty. The whole idea here really seems to be about pampering the buyer – and so it’s the cabin of the Coupé that really impresses.

And that’s also the USP of the new GLE family as a whole. This is what will make people sit up and take notice, the fact that the new range is indeed closer to being the E-Class of SUVs. The interiors are a class apart, and on the GLE Coupé is where this is especially pronounced. The car is luxurious, well appointed and sports all the bells, whistles and gadgets buyers today demand. The quilted leather seats and door panels are especially opulent.

It’s a good differentiator to carry into the Indian market too. After all, the GLE family will need to now take on two all-new cars that will be trying very hard to establish themselves as the benchmark of this segment – the 2nd generations of the Volvo XC90 and Audi Q7. And don’t forget the BMW X5 and X6 either. The Coupé should grace the Mercedes-Benz stand at the Delhi Auto Expo in February with a launch a few months later.

But the GLE SUV will arrive much sooner – to really be able to clash with the aforementioned rivals. If anything, the India launch may well coincide with that of the new Q7. The new GLE is will retain its 250 and 350 CDI nomenclature for the two diesel engine variants, which will both come to India. And, yes, that means the same engines – but we do get the new 9-speed auto gearbox, of course. The 250 will continue to give Mercedes-Benz India the bulk of its sales, and so this is the car that I chose to spend most of my time with – though I did also drive the 3-litre GLE 400 too.

At first glance, the car looks almost exactly the same as the ML-250 CDI. The facelift is a minor one – with the bumpers, head and taillights and outside mirrors getting a rework. Step inside, and it’s a different story, as the GLE now tries harder to be more luxurious. It may not be as swanky as the Coupé, but the cabin is very well finished and looks more high end and plush than before. A lot of buyers in India are especially going to like that.

The 250 is fairly familiar under the hood, but now offers better torque at the low end. The engine has been retuned to fit the new transmission, and that makes it more refined than before. And it moves quickly enough, given that it’s still fairly heavy – and the 250 is the smaller of the two engines. The engine punches out 204bhp, and has a very generous 500Nm of torque. You do need to work the gears a bit to get it going at times, but for the most part it’s an extremely comfortable and pleasant drive. The transmission drops gears quickly if you want quick access to power, and the long gearing gives you great cruising capability.

Mercedes-Benz claims that the GLE is pretty handy away from smooth tarmac as well, so I ditched the motorway for some off-road terrain. Here, I switched cars and jumped into the 333bhp GLE 400. Yes the petrol does instantly offer a different character. But I won’t expand on that too much, since this variant won’t make it to our shores anyway. It was quite a superb off-road track that had been set up for us, and the rainy weather made it even more fun thanks to some slush and mud adding to the challenge. Now, if you look at the BMW X5 there is some sense of off-road capability, but it’s more about on-road performance. The same is true with the recently introduced second generation Audi Q7. With the GLE, the conversation has gone smartly towards tough off-roading. And, even though I know that a lot of buyers are probably never going to venture far from tarmac, it’s still a good differentiation nevertheless.

The GLE took to the rather arduous track with a fair amount of ease – nimble on upward and downward gradients, and also being able to traverse through uneven surfaces and ditches with ease. The car can gain height by as much as 90mm, has hill descent control, and lets you judge the terrain type and select the appropriate settings for throttle, suspension and engine performance. The car with me had the off-road package on it though – which will, most likely, not be offered in India.

The GLE will arrive around Diwali, and I expect Mercedes-Benz to offer the 3-litre 258bhp GLE 350d and 204bhp 250d from the get-go. And while the company is also likely to declare a CKD (local assembling) plan, expect prices to be marginally higher than the existing ML.