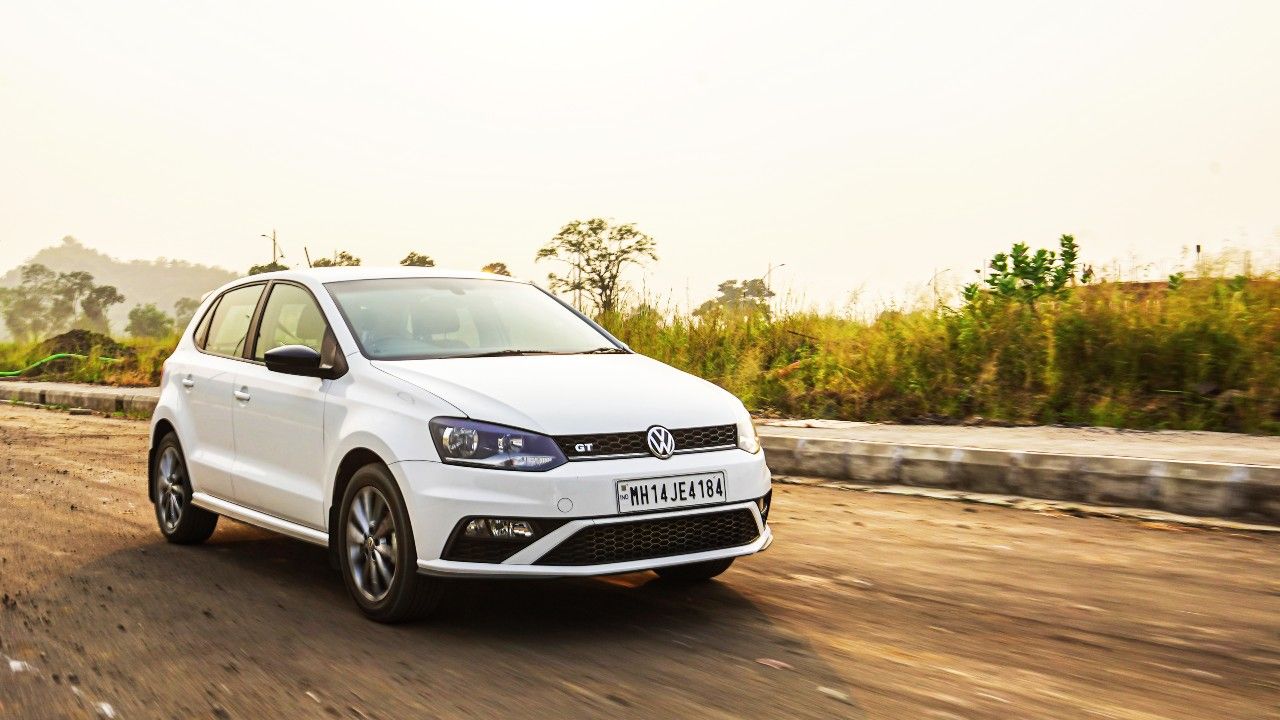 By switching to a smaller 1.0-litre three-cylinder TSI motor and a 6-speed torque converter, has the 2020 Volkswagen Polo GT TSI lost the zest that it was popular for? We get behind the wheel to find out.

GT TSI has been more than just another variant of the Volkswagen Polo. It stands for a lot more than just Turbocharged Stratified Injection. It's synonymous with performance and the thrill of driving. It has been a consistent and often the sole flagbearer of affordable performance in India. And most of these traits were brought to life with the 1.2-litre turbocharged engine and the DSG under the hood. The 2020 Volkswagen Polo GT TSI loses them both. So, has it lost everything that it stood for? 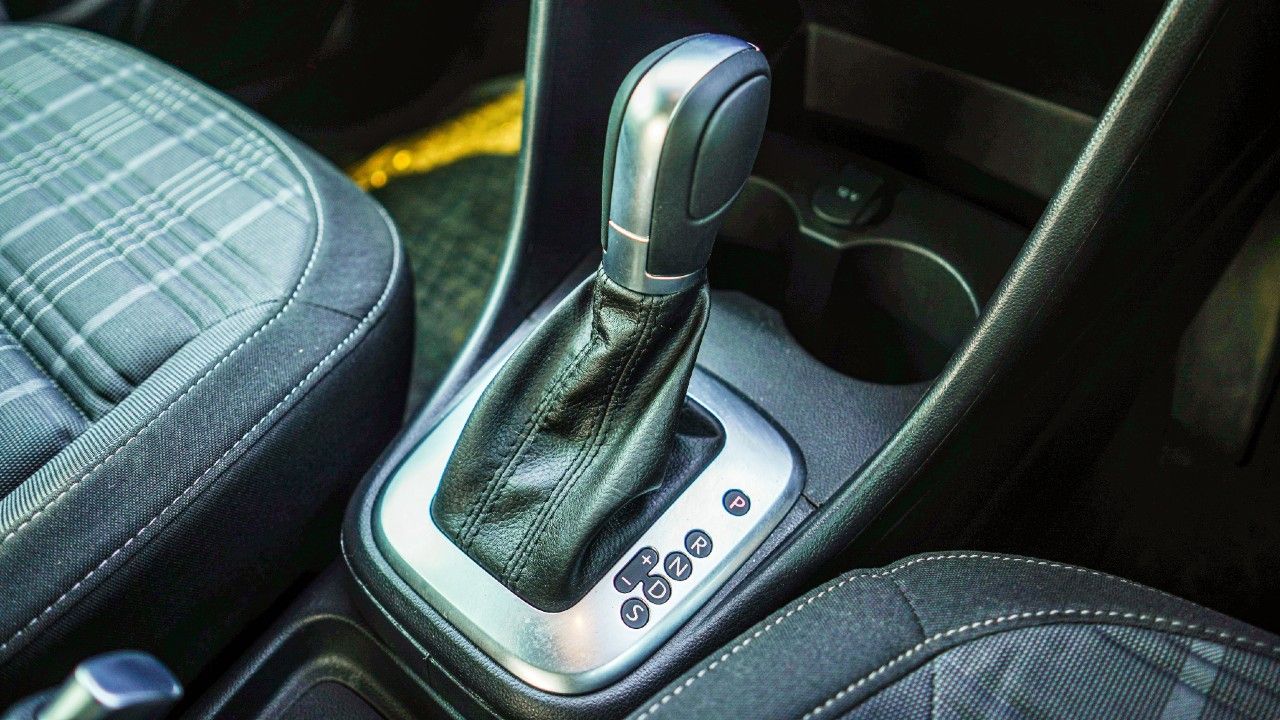 Well, in terms of performance, surely not. If anything, this new 1.0-litre 3-cylinder turbocharged motor makes more power than the 1.2 it replaces. In the recently concluded autoX 's ‘Best of 2020’ mega test, the Polo TSI was among the top-10 fastest cars around the short loop of the Buddh International Circuit. The one that we had for that test, however, was a manual version. In comparison, this GT TSI doesn’t feel as quick to get off the line. In the manual, you can really keep the tacho needle pinned around the 4,000rpm mark and dump the clutch to get a quick start –  something that you can't do in the GT TSI with the automatic transmission. That being said, the GT TSI isn’t a slow-poke by any means. Despite the down-sized motor, it continues to be fast and entertaining – just what you’d expect from a GT TSI. 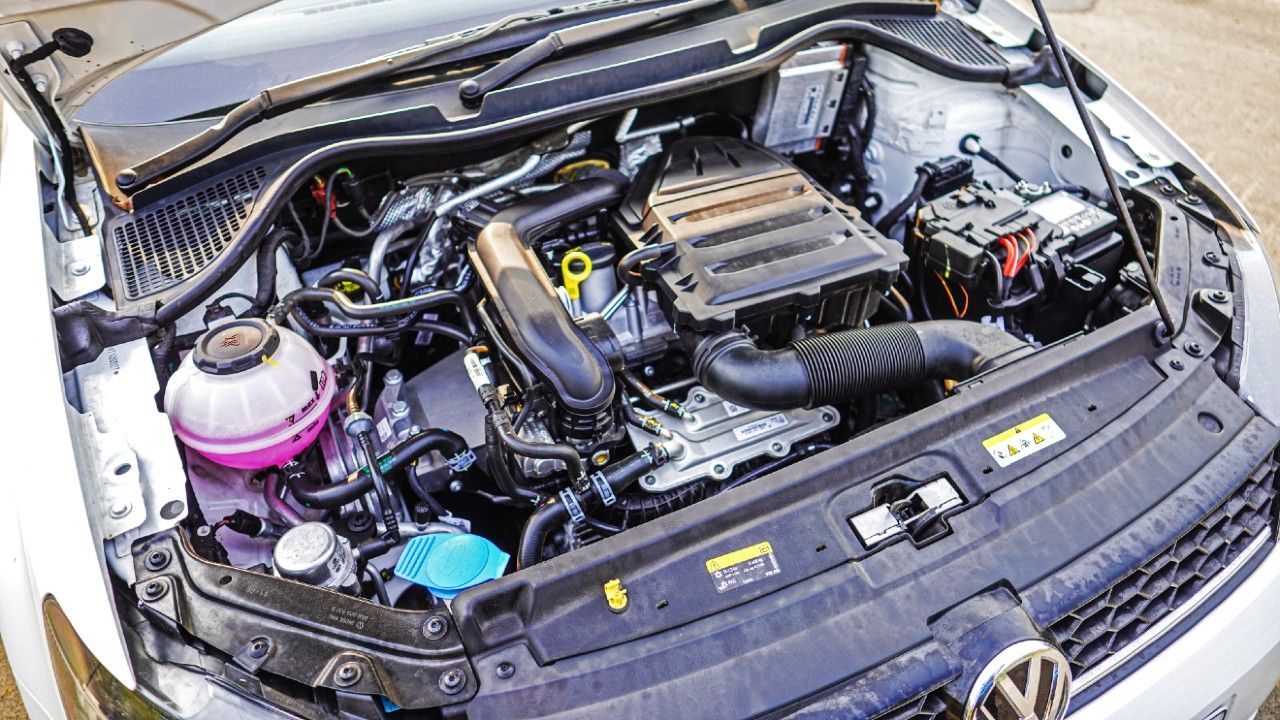 In this 2020 GT TSI, Volkswagen has replaced the old DSG with a 6-speed torque converter. We have experienced this transmission previously in the Vento and the Rapid. In the Polo too, it carried the same traits. When left in the D mode, the torque converter shifts rather seamlessly and, in that regard, is very close to the old DSG. In fact, it responds to inputs quite well and doesn’t hang back before downshifting either. It is only when you switch to the S mode that the downsides of the torque converter become evident. While it does hold the revs and give you a more exciting drive experience, the downshifts are quite jerky, which can get a bit annoying. In the M mode, upshifts could have been a bit quicker too. While the torque converter does have a few limitations, it does the job better than most other automatic transmissions offered in the market. 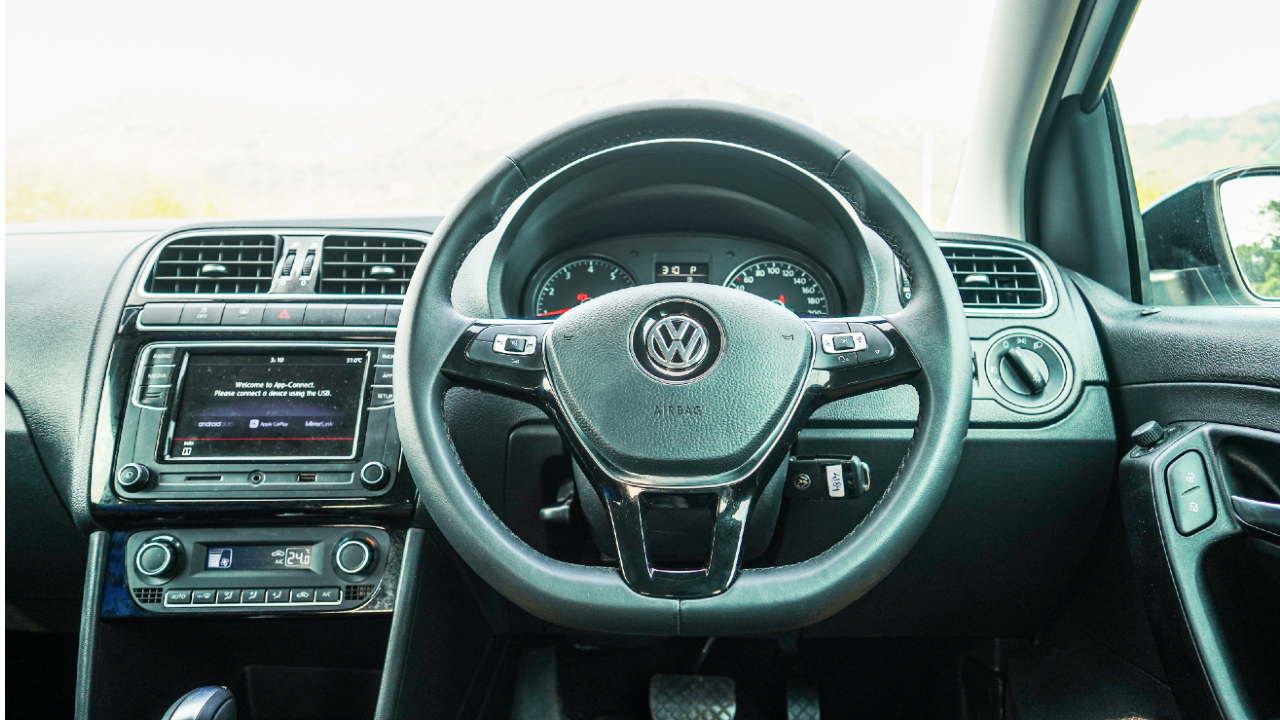 In every other department, the Polo GT TSI remains largely familiar. It is agile and playful around corners and is one of the few cars on sale today that has a nicely weighted steering wheel. While driving over sharp joints and potholes, some thuds are transferred into the cabin, but you willingly accept it, given its sharp handling capabilities.

Not much has changed in the design department in comparison to the standard Polo. The only noticeable changes are the badges on the grille, boot, and the C-Pillar. Just like before, the GT TSI gets gloss black ORVMs. The car also gets a large roof-mounted spoiler as standard – Volkswagen offers it as an accessory on the standard Polo as well. Much of the interior is unchanged too. In fact, it would get really hard to differentiate the standard trim from the GT TSI if not for the gloss black surround to the infotainment and the chequered seat upholstery. 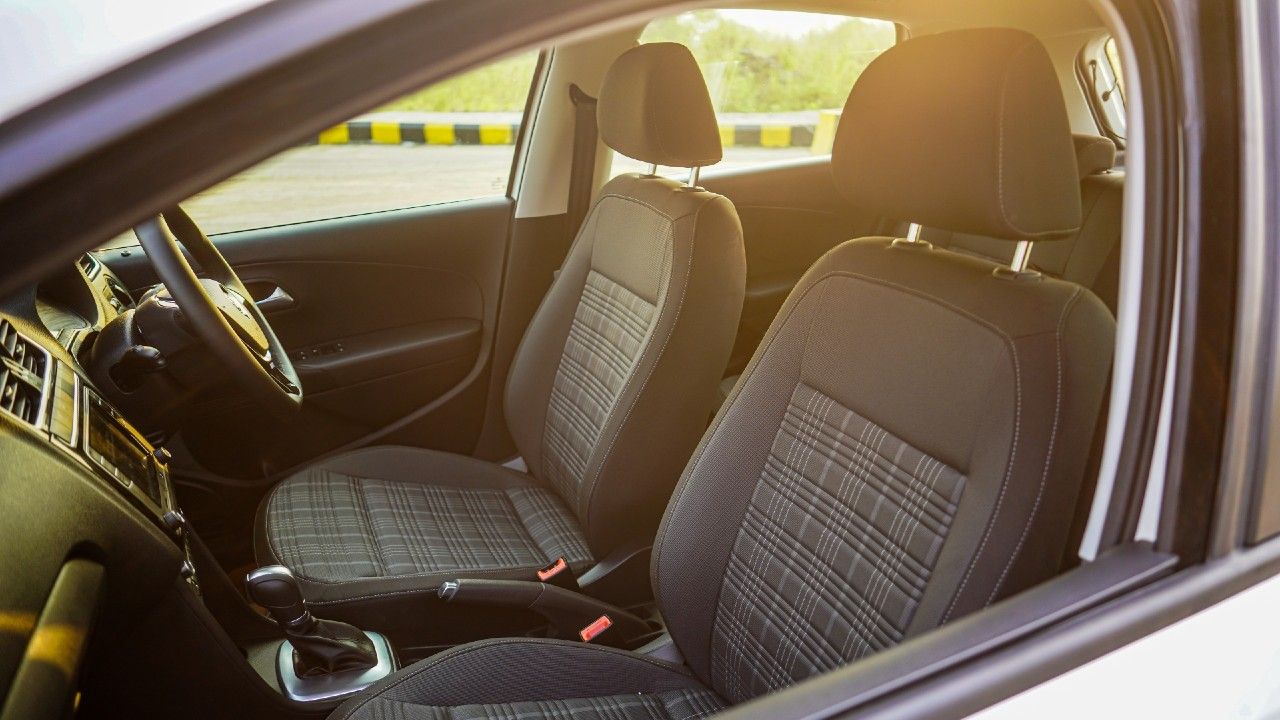 We’ve been saying this for the better part of the decade now, the Polo falls behind in the features department. While it does get touchscreen infotainment with Apple CarPlay and Android Auto, anti-pinch windows, rain-sensing wipers, cooled glove box and more, it misses out on LED headlights, reversing camera, and some essential features, which have now become a norm in the segment. The GT TSI does, however, get the My Volkswagen Connect app – a sim-based connected car tech. 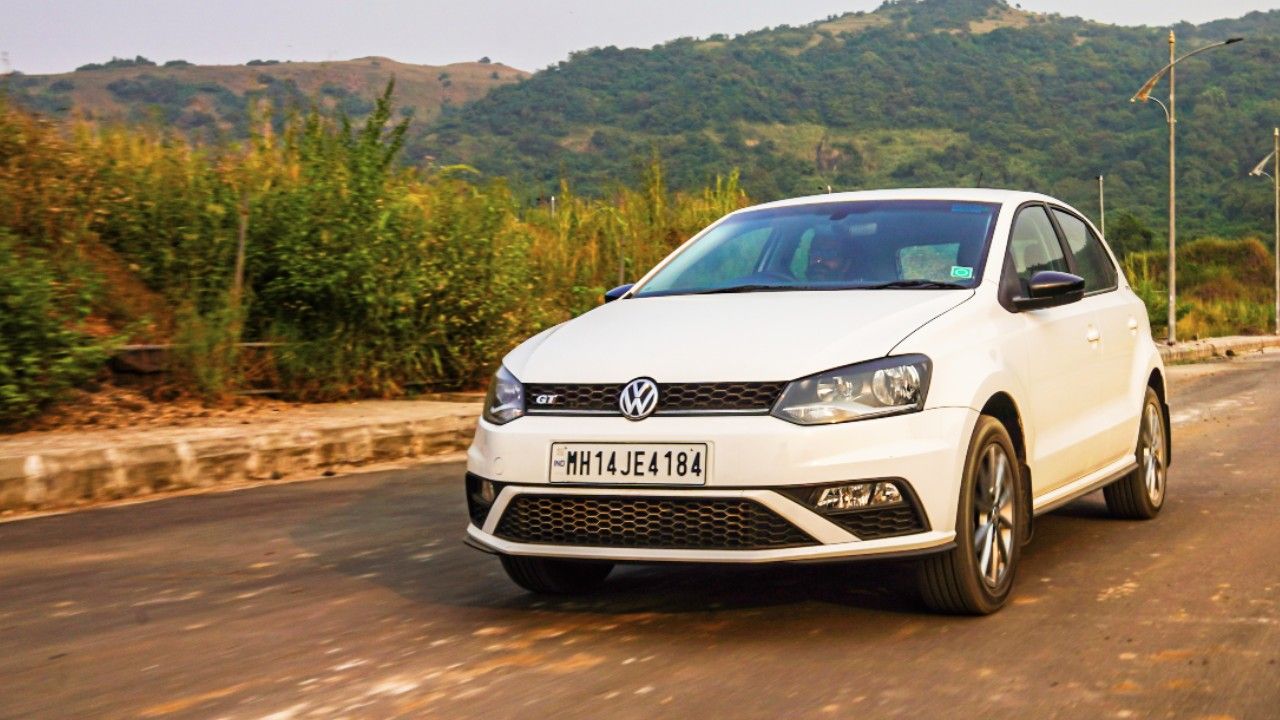 The previous iterations of the GT TSI offered something exclusive that the other variants of the Polo didn’t have – a more powerful turbocharged motor and the butter-smooth DSG transmission. Both these aspects made the GT TSI a go-to car for petrolheads. With a turbo mill being offered in multiple variants of the Polo and with the option of a manual transmission, the 2020 GT TSI no longer holds an edge in terms of performance.

While all of this does make performance accessible to a larger audience, it makes the GT TSI badge pretty much insignificant. It is, then, a classic case of the glass being half full or half empty, and you can choose to see it the way you find it most apt.