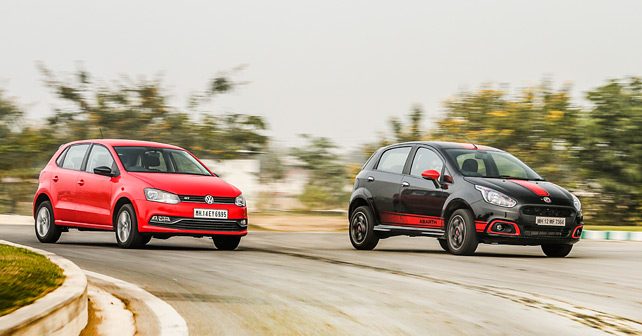 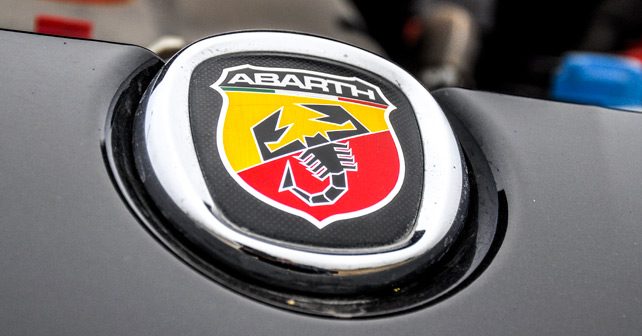 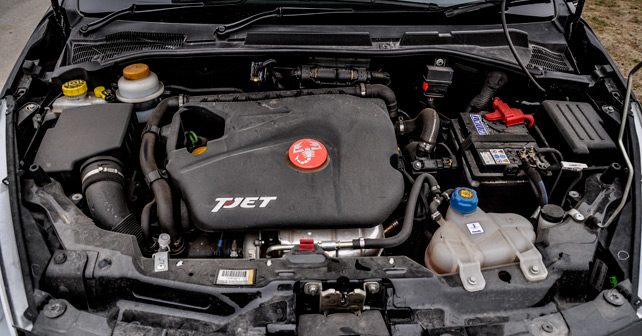 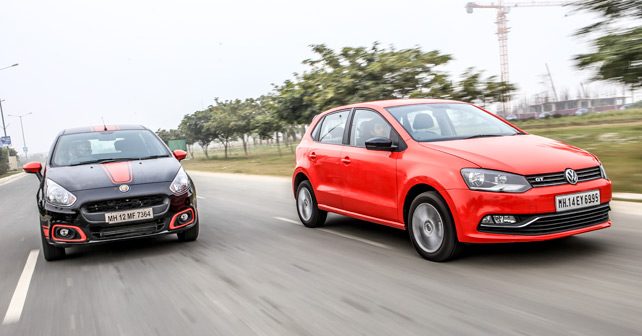 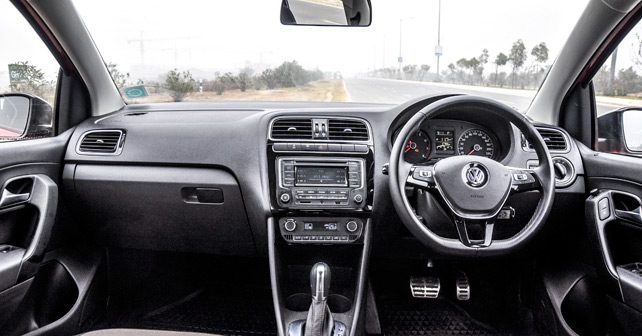 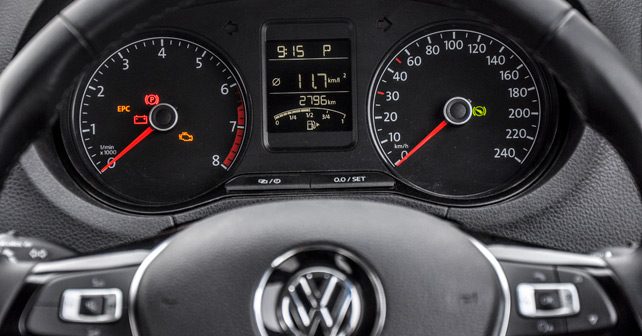 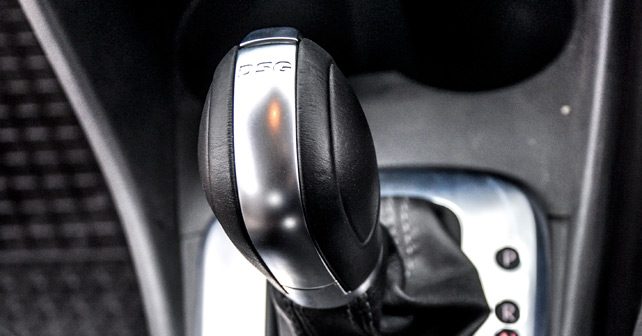 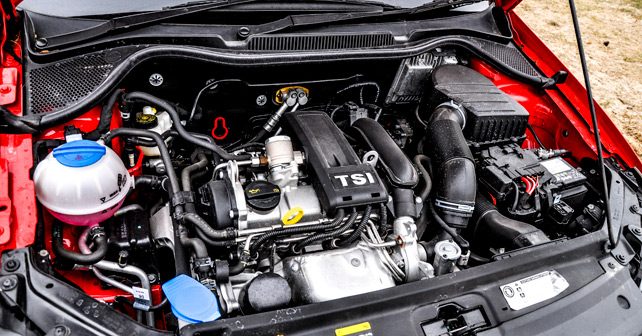 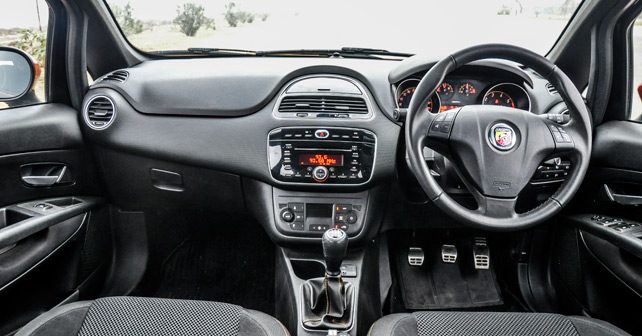 The Abarth Punto hits the headlines with a famous badge and punchy powertrain, but how does it compare to the current hot hatch maestro – the VW Polo GT TSI? We pit one against the other to find out.

Let’s establish two facts right away. One, I love hot hatchbacks, and, two, the Volkswagen Polo GT TSI has pretty much dominated the segment ever since its launch – with its direct injection turbo petrol engine and double-clutch automatic gearbox. But Fiat has recently thrown down the gauntlet with the Abarth Punto. And, on paper, the souped-up Punto has the GT TSI licked. So, to see if the Abarth Punto lives up to its claims, we take it for a spin and pit it against its arch rival.

Fiat’s Abarth Punto is powered by the same 1.4 litre, turbocharged, multi-point fuel injection engine that does duty in the Linea T-Jet. With 145bhp on tap, the Abarth is considerably more powerful than the GT TSI that has a 1.2 litre unit and 103bhp of max power.

The GT TSI gets a slick shifting seven-speed double clutch automatic gearbox while the Abarth Punto gets a conventional five-speed manual gearbox. Here again on paper, as good as the Polo’s gearbox maybe, the concept of a simple manual gearbox is bound to be so much more engaging in a hot hatch, after all its all about driver engagement here.

But before we put these cars to the test, let’s look at what lies on the surface.

I’ve always been a fan of the way the Punto looks, and when this Abarth version arrived at our office I quite liked the red stickering and detailing – and those Abarth Scorpion wheels certainly look cool. But when you look closer, the quality of the stickers aren’t all that great. And that lets it down because the Polo is a quality item through-and-through. There’s no margin for error here, as the Polo comes to the party with perfect panel gaps and excellent fit-and-finish. Distinguishing the GT TSI from its lesser brethren are the GT TSI stickers on the C-pillars and the piano black rear spoiler above the tailgate. All told, one thing is clear – the GT TSI is styled to be a sleeper while the Abarth Punto screams its intentions!

Park the two cars aside each other and the GT TSI looks more purposeful with a lower height while its sleek and simple lines give it an elegant profile. The Abarth Punto in comparison is taller and wider in comparison, which gives it a larger profile.

Fiat has distinguished the Abarth Punto from the standard car with an Abarth branded steering wheel, aluminum pedals (of course with the Scorpion logo), contrast stitching for the seats and redesigned dials in the instrument binnacle.

While the quality of materials is pretty good inside the Punto, and build quality is decent, an awkward driving position lets it down – especially since it claims to be a purpose-oriented drivers’ car. Still, the car is decently equipped and comes with a nice stereo.

It’s when you get inside the Polo that you realize how superior its interiors are compared to the Punto. The plastic quality is better, and so is switchgear and fit-and-finish. There’s more equipment too.

Both cars get all black interiors. While the Abarth gets soft touch plastics across the centre of the dash the GT TSI misses out on the dual tone interiors of the standard car and there is nothing wrong with that. Although I do wish the black plastic beside the arm rest on the doors were of better quality as is the case with the standard car.

This aside, the GT TSI also has a superior stereo that allows you to scroll through your music (something you cannot do in the Punto) and even when you cut the ignition and fire it up again the stereo ensures you enjoy seamless Bluetooth phone connectivity. Similarly, you can electrically fold the mirrors even after cutting out the ignition. Little things matter and Volkswagen has got them right.

Both cars offer similar amounts of cabin space and comfortable seats, although the Polo’s rear bench offers a little more space and better under thigh support. The Polo offers 295 litres of boot space while the Punto can accommodate 280 litres of luggage.

These on paper numbers are clear when you drive the Abarth as well, initially there is some lag below 1,800 rpm. But, once past that, it’s immediately noticeable that the Abarth is the more brisk car here – although, the engine doesn’t rev quite as freely as I would have liked it to.

And then there’s the gearbox. The five-speed manual unit has rubbery gearshifts. The unit just feels vague, and that kills much of the driver engagement. Still, work past these factors and the Abarth Punto feels quite a bit faster than the GT TSI.

The GT TSI though has a more modern four cylinder engine featuring direct injection and turbocharging. Fire up the engine and it lets out a slightly gruff note when the engine is cold which settles down as the engine warms up, although you can’t hear it with the windows up. And that’s the nature of the GT TSI, it feels like a very sober and smooth car to drive under linear acceleration.

Put the gearbox in Sports mode and mash the right pedal though and the engine and transmission respond instantly. The car lets out a nice sporty snarl and charges ahead with urgency.

If I have a complaint against the GT TSI, it is that when you are right at the limit and want a downshift for whatever reason, both sports and tiptronic mode are not as bang on the moment as a manual gearbox is. Honestly, a six-speed manual would have been more engaging. But then again, for most of the time this DSG unit is a more superior gearbox.

The Punto has always been the best handler in its segment and the slightly lowered Abarth here is no different. The GT TSI has very neutral and safe drive dynamics. But its 185/60 section tyres run out of grip far sooner than the Abarth’s 195/55 section tyres. Where the GT TSI begins to understeer, the Abarth’s superior handling traits linked to the feelsome hydraulic steering and wider tyres allow you to carry some serious speeds around bends.

Moving on to ride comfort, both cars offer excellent cushioning over poor sections of tarmac and road noise is minimal too. The Abarth does not compromise on ride comfort despite a stiffer setup than the standard car.

The Polo has a more comfort oriented setup with a little more roll, but it remains planted at higher speeds and is unnerved even over undulations at very high speeds, while the Abarth Punto is plainly superior around high speed corners.

The Volkswagen Polo GT TSI is equipped with ABS, dual front airbags, hill hold function and ESP. It also comes with a four star global NCAP safety rating. The TSI gets front disc brakes and rear drums, the brakes work well and the threshold for the ABS to kick in is high. And even when the ESP does kick in, there is no abrupt interruption that may disturb the driver.

The Fiat Abarth Punto too comes with dual front airbags and ABS with EBD. Fait has fitted the car with disc brakes all around. The end result is that the car has far superior braking ability than the Polo and does a great job of reigning in its higher power output.

Its finally great to see some competition against the Polo GT TSI. The Abarth Punto is not just a headline maker with its more powerful engine, it genuinely is a more powerful car. But it is not necessarily a faster car. While it may accelerate and decelerate faster, the Abarth isn’t as stable as the GT TSI at higher speeds. Show the Abarth a corner though and it will simply disappear into the horizon as the Polo struggles to keep it in its sights.

So which is a superior hot hatchback ultimately? Well, I’d have to go with the GT TSI. It is a more refined and polished tool. The TSI is also better equipped, more comfortable and better built. The Abarth Punto on the other hand is rough around the edges, it crucially needs a better driving position and better gear shift quality.

Moving over to the final bit of the comparison, prices! The Volkswagen Polo GT TSI is priced at Rs. 8.58 lakh while the Fiat Abarth Punto sports a sticker price of Rs. 9.95 lakh, ex-showroom Delhi. And it’s when you factor in this bit that the GT TSI starts making even more sense with its more modern powertrain and upmarket appeal.