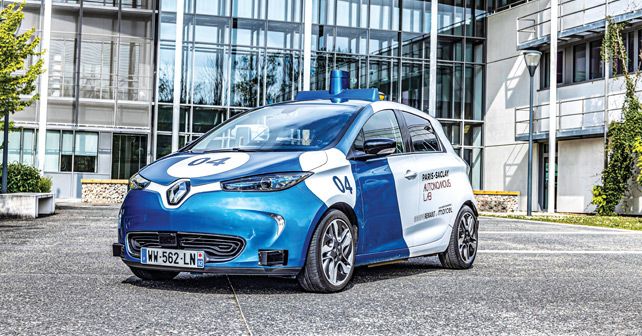 How far is your car from driving itself?

Typically, when I review a new car, in addition to telling you how it looks, who its competitors are, and how much tech it holds, the main value that I bring to the table (or so I hope) is letting you know how it drives – basically what it feels like from the driver’s seat.

Well, I was rendered largely redundant on this occasion because all I can tell you is what it felt like to be driven around in this vehicle. You see, the car that you see here is Renault’s autonomous Zoe prototype. And I mean fully autonomous – well, sort of. After all, the autonomous Renault Zoe isn’t exactly ready for the chaotic traffic at the Arc de Triomphe roundabout in the heart of Paris as yet. For the moment, it’s restricted to the campus of the University of Paris-Saclay on the outskirts of the French capital. This is part of a pilot project being run by automaker Renault, a public transport multinational, the Transdev Group, technology companies IRT SystemX & VEDECOM and, of course, the University of Paris-Saclay. 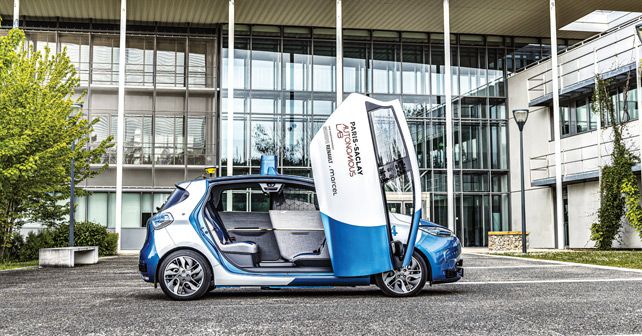 Why a consortium?
Well, the simple answer is that this is a total and complete paradigm shift in the automotive industry, and it requires technologies and solutions that are far beyond the scope of most automakers. After all, the car forms just one part of the hardware. In addition to the wheels and propulsion systems – which in this case are electric of course – you also need the IT and cybersecurity experts to ensure that the vehicles are impossible to hack and gain control of remotely. Plus, it requires thousands of lines of code and algorithms to essentially give the vehicle a mind of its own and allow it to make decisions for itself. And that’s to say nothing of the radar, cameras, LIDAR and multitude of other sensors that it needs to navigate itself through its environment.

Where does it operate?
For the moment, the autonomous Zoe will operate within the campus of the University of Paris-Saclay. It’s meant to provide an autonomous shuttle service within the campus for a select group of students and faculty who opt into the program and allow their fate to be determined by this vehicle that has a mind of its own – literally! At present, French law prohibits companies from charging patrons for a service such as this, so it’s voluntary and free of cost. 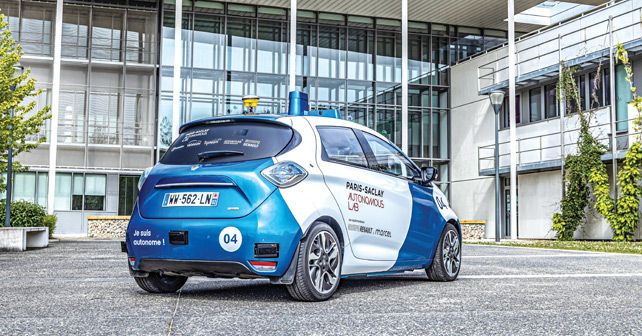 So, is there anyone behind the wheel at all?
Yes, for the moment, there is a safety driver behind the wheel who needs to be ready to take the wheel at any time if need be. Having said that, during the time that we were in the vehicle, the safety driver didn’t need to take control even once. As is customary with autonomous vehicles such as the Zoe, it’s very cautious on the road – far more than a human driver – but not overtly so. It was able to navigate through junctions, intersections and even single lane roads without dividers with oncoming vehicles. Of course, the biggest fly in the ointment remains the most unpredictable animal of them all – the two-legged kind! The only time the Zoe really hesitated was when it encountered pedestrians – especially joggers who approached faster than expected and a few folks who approached out of nowhere and didn’t bother with designated crosswalks. The biggest liability facing autonomous vehicles is the lack of intuition – which is something that human drivers rely on instinctively all the time. The engineers did, however, say that it could be a lot easier in future if and when all our devices are equipped for M2M communication – that way the car will know whenever a human is nearby not just by his or her heat signature but also their digital signature!

What kind of infrastructure does it need?
Renault is testing a number of different variants of the Zoe – some with enough tech on-board so that the vehicle doesn’t have to rely on any sensors or radar along the roads on which it operates, while other variants have less tech on the vehicle itself but it does require a certain amount of assistance from the infrastructure around it. 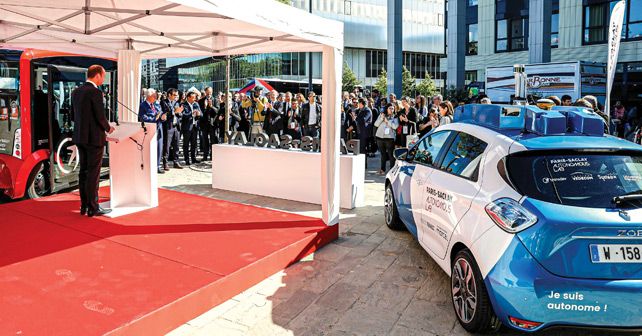 After all, it makes sense to have a vehicle that has the least amount of technology on-board to operate autonomously because that would reduce the cost of the vehicle – especially LIDAR, which is very expensive – while the infrastructure could be developed through public-private partnerships and benefit vehicles from different manufacturers as long as they all use the same communications protocols.

Policy decisions aside, what this short stint in the autonomous Zoe proved is that Renault is taking this technology very seriously and making great strides towards understanding the direction in which it needs to progress in future. And for an automaker today, that’s absolutely crucial.

The autonomous vehicle is painting a dystopian future