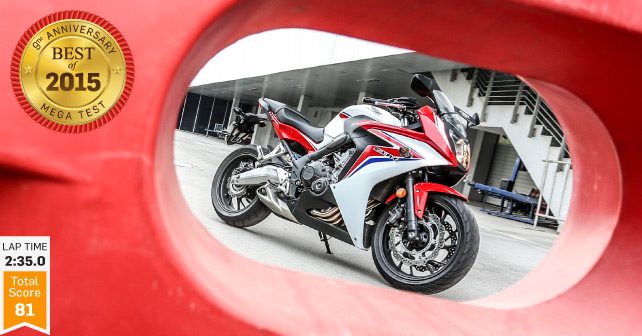 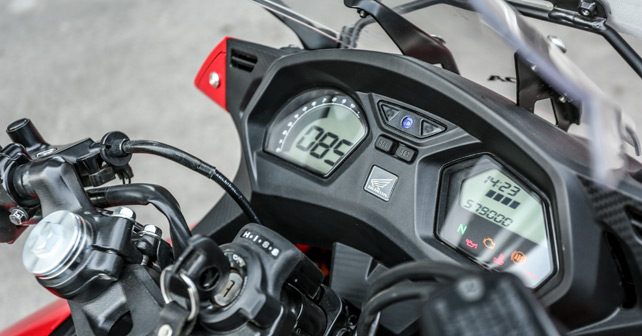 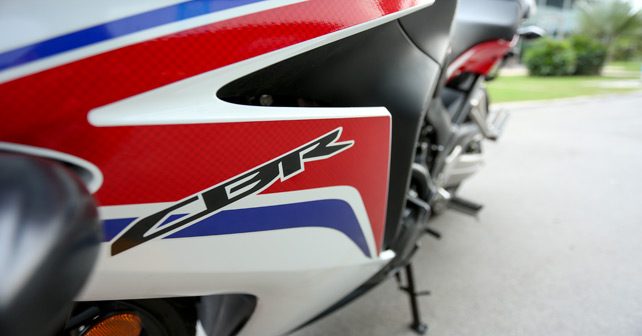 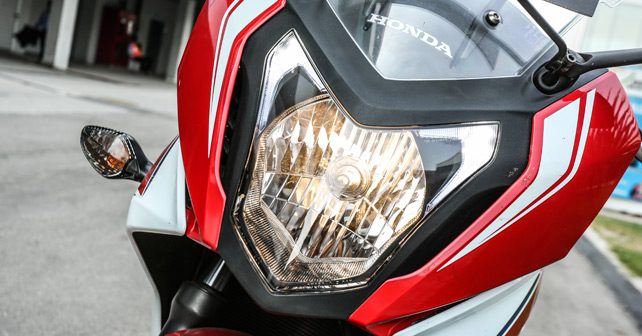 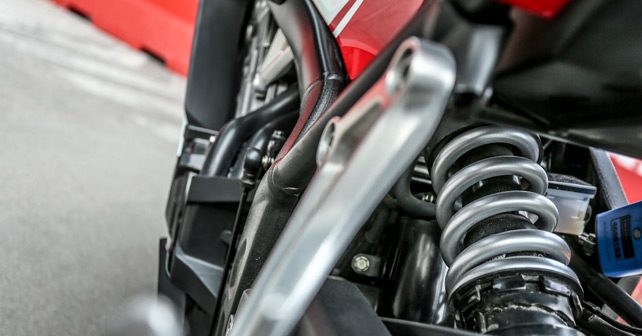 Every time a new Honda motorcycle is launched, it grabs headlines. But in the case of the CBR 650F, you just know that it’s going to be something special. It’s great to see heavyweights like Honda bringing in bikes with mid-range power in India. Though it looks pretty racy, Sarath straightaway pointed out that the 650F is more of a tourer rather than a sports bike. But that’s not a bad thing. As brilliant and sporty as it may appear, it’s actually quite easy to ride.

The usual perception is that if it is a tourer, then it can’t put the fear of God in you – as it’ll simply be too mellow. Well, the CBR 650F had a couple of things to say about that, as it clocked the fourth fastest lap time at the track. This was very impressive, since it finished behind three bikes that have bigger engine displacement and more power. The 648cc, like any Honda, is highly refined and has a nice sporty exhaust note. As expected from the ‘Big H,’ the power delivery is spot on as it can rev easily from 4,000rpm and go all the way up to 11,000rpm without a whimper. 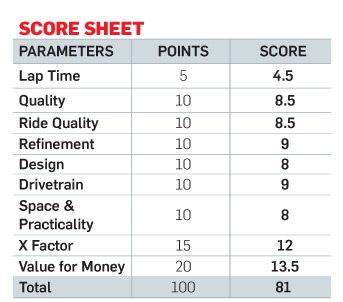 The riding stance is worth mentioning too, as you aren’t forced to aggressively bend your knees – and it lets you ride comfortably for long distances or commute daily without any hassles. When it comes to handling, the 650F remains stuck to the tarmac and held its line without making us ever second guess the bike. Sarath commented, “It’s a Honda, so this is hardly surprising.” It’s not a light bike though, and while taking turns one can feel the 215 kilograms. But what was disappointing was the use of regular telescopic front suspension, which doesn’t let you experiment with the set up. For a motorcycle that costs almost `8 lakhs on-road, it should have been equipped with upside down front suspension and Pro-link rear suspension, which would have improved the handing.

The CBR 650F is our runner-up in the two-wheelers segment. It scored a lot points in refinement, which is not surprising for Honda bikes. Even in terms of practicality, the comfortable riding stance helped the 650F nose ahead of the competition. But it lost out in value-for-money because the price of Rs. 7.30 lakhs (Ex-showroom, Delhi), which is a little high for its segment – as it enters the Kawasaki Z800’s turf. When it comes to safety, the 650F is equipped with effective twin 320mm petal rotor front disc brakes, a 240mm single petal disc at rear, and ABS. It’ll be a reliable product, which is a given since it’s a Honda. But the key here is that it can be racy while also being usable, which means that it offers quite a bit of value after all!