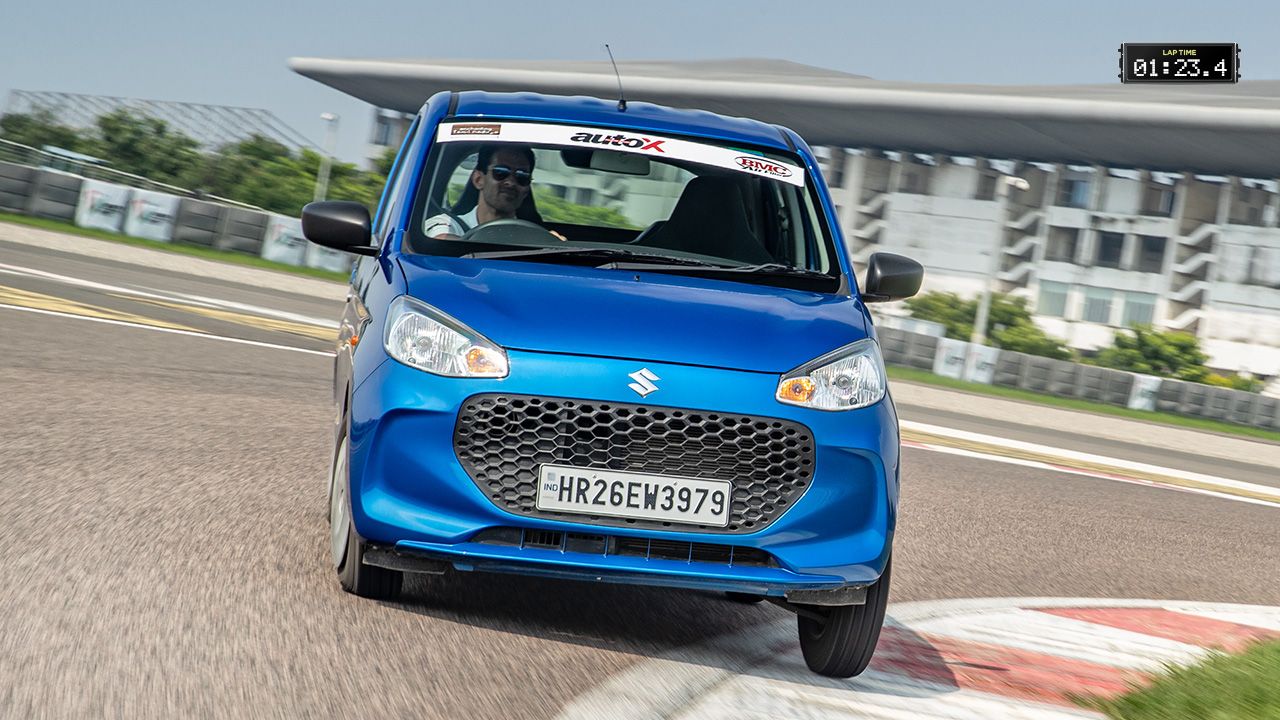 For 2022, Maruti Suzuki threw the kitchen sink at the Alto K10. For starters, it is way more spacious inside. I struggle to believe how there’s so much room in a cabin that looks so tiny on the outside. Even rear-seat passengers get way more knee room than before. Space is an extremely important factor at this price point, and the Alto K10 starts its innings well by scoring high in that regard.

The Alto K10 is also packed with features at the top end, including Apple CarPlay and Android Auto (in an Alto!) via a touchscreen infotainment system, a digital-ish instrument cluster, parking sensors, keyless entry and more. So the Alto K10 is a big step up in terms of features too.

Powering it is the familiar 1.0-litre DualJet petrol engine, producing a humble 66bhp and a respectable 89Nm, which can be mated to either a five-speed manual gearbox or an AMT. We had the latter with us on track, which could be seen as a drawback at first, but it actually isn’t. Having been designed for powerful race cars, the BIC offers a lot of wiggle room for small cars like the Alto. This means you’re going pretty much flat out for most of the lap, meaning very few gear shifts. When you do need to kick-down though, even in the manual mode, the ’box takes its own sweet time to shift. In the real world, however, particularly in tightly-knit urban jungles, the benefits of the AMT outweigh its jerky, hesitant behaviour. If you live near some open, windy roads though, we’d suggest opting for the manual. We also suggest upsizing to slightly fatter tyres because the 145-section rubber fitted here is clearly not put on with cornering in mind.

That said, the Alto K10 was never designed to be a trailblazer on track. It’s a car that provides ample space and features for those looking for their first car, but it’s one that also falls short in terms of refinement in some areas and is priced on the higher side – especially at the top end.