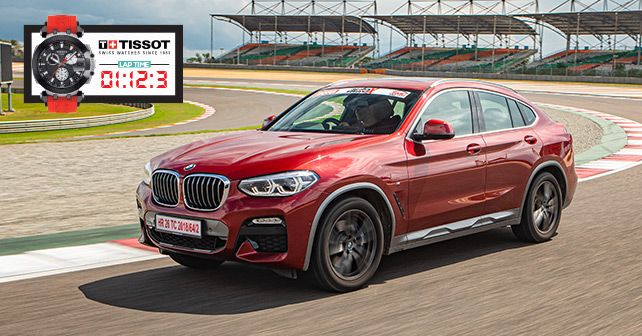 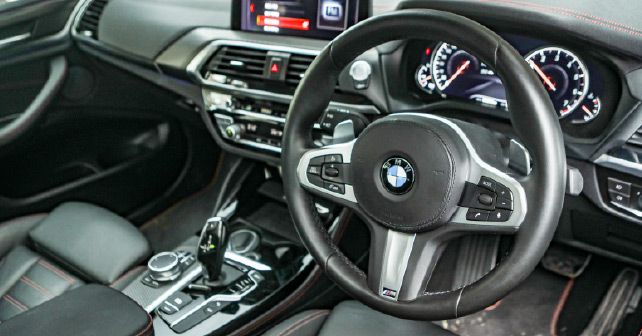 If I were to make a list of the most polarizing cars present in the line-up of vehicles that we had for this year’s annual test, I would easily put the BMW X4 at the top of that list. At a time when customers’ preferences are becoming increasingly niche, the X4 caters to a very specific audience at best.

You see, BMW championed this niche with the original X6 Coupe-SUV. Despite its not-so-conventional design, the X6 was a sales hit across the world and was liberally emulated by other manufacturers – the latest to follow the trend is the Porsche Cayenne Coupe, which you can read about elsewhere in this issue.

To be honest, the X4 is not everyone’s cup of tea. It features extreme design cues, like the big grille up front, paired with an enlarged air dam and, of course, the aggressively sloping roof, which results in a stubby tail. 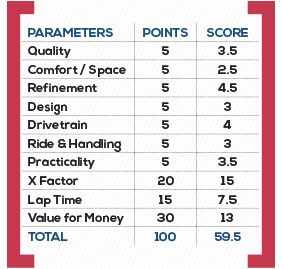 Be that as it may, with its aggressive side cladding and large wheel arches, one thing is for certain – you can’t mistake it for anything else on the road. Which means the 3 points (out of a maximum of 5) that it gets for design doesn’t need justification, for you either love it or hate it.

The X4 does surprise you, however, when you drive it on the road, or at the track. Sure, the suspension is a tad stiff for our roads, but that means it corners fantastically flat on the track, with the aggressively bolstered seats holding you perfectly in place.

Powering our xDrive 30i test car was the familiar 2.0-litre turbocharged petrol engine, which produces 248bhp and 350Nm. This, combined with the instant response of the engine, helps the X4 scoot from 0 to 100km/h in a mere 6.3 seconds. What helped the impressive lap time of the X4 (1:12.3) was the all-wheel-drive system, which allowed it to power out of corners very effectively – not to mention the wide track, which gave it excellent stability.

In the end, though, the X4 is simply too polarising for most people, and the weight of the X4 – just under 2,000kgs – does hamper its dynamics a bit. End result? Well, if you’re looking for something fast and striking looking, the X4 sounds like the perfect choice. But, priced at ₹65.9 lakh, it’s an expensive niche to scratch.