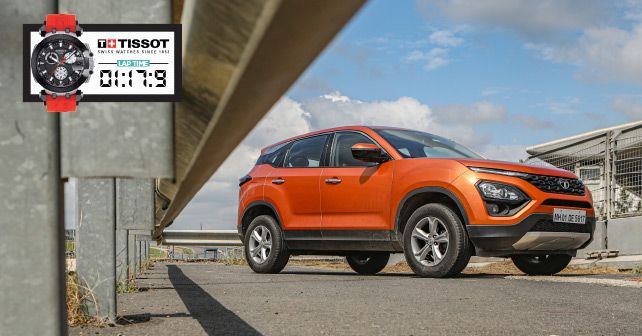 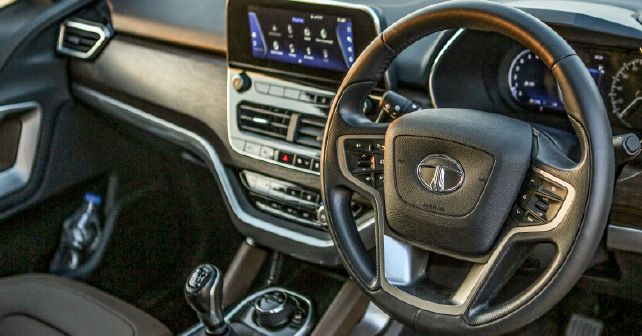 When the H5X concept was first shown at the 2018 Auto Expo, it stunned show-goers and grabbed a lot of attention. It promised to be a butch looking mid-size SUV with plenty of space, comfort, and features. And now that the concept has transformed into the production model, the Harrier delivers on all these counts.

The biggest hit, of course, is its design. With bumper-mounted headlamps, sleek LED DRLs, and that bold honeycomb grille, the Harrier looks identical to the H5X concept. The wide stance and the bulging wheel arches give it the appeal that you’d expect from an SUV. Our favourite design detail, however, is the pinched tail section with the spearhead-shaped taillights. Inside too, the Harrier looks neat and chic. Quality, for the most part, is good, except for some hard plastics. Fit-and-finish, however, is just not on par with the likes of the Kia Seltos. But, with well-bolstered seats, good under-thigh support, and sufficient legroom, the Harrier is very comfortable.

The fly in the ointment for the Harrier, however, is its motor. The Harrier shares its engine with the Jeep Compass and the MG Hector, but instead of 170bhp, the Tata produces only 138bhp. It feels lethargic as a result. In fact, the motor always feels like it has too much weight to lug around. Thankfully, it makes 350Nm of torque from just 1,750rpm. 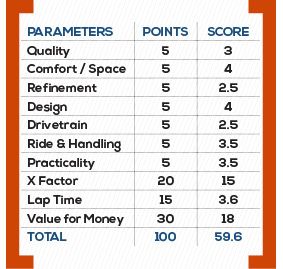 Consider this, however, despite making 30 horsepower less than the MG Hector, the Harrier still managed to clock a lap time that over 2 seconds better than the MG. That's because its Land-Rover chassis is so good, it handles like a dream. The only other fly in the ointment, though, is the strange steering weight – which varies from light to heavy in the span of half a turn. Nevertheless, it would be safe to say that the Harrier has the best handling of any SUV in its segment – including the Kia that’s one of our ‘Best of 2019’ cars.

When Tata launched the Harrier in January, the pricing (between ₹12.69 and 16.25 lakhs, ex-showroom) seemed competitive. But since then the introduction of the Hector and Seltos has changed the game completely. Both these cars offer a truckload of features despite being cheaper than the Harrier, thereby stealing some of the Harrier’s thunder. The Harrier now desperately needs to iron out some of its rough edges, and offer more options to prospective customers.