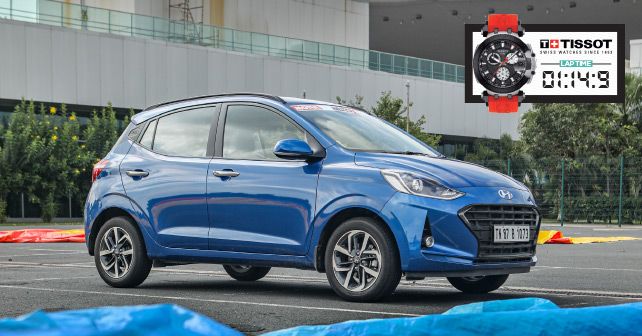 The i10 and Grand i10 have been massive successes for Hyundai India for over a decade now. A perfect daily runabout, they’ve been a favourite amongst Indian customers for their value, comfort, and practicality. However, both the previous generations of the i10 weren’t particularly engaging cars to drive. Sure, they were good for the everyday commute and an occasional long drive, but they weren’t designed to satisfy your desire for pure driving pleasure.

But, things change, and so has the i10 in its third generation. The new chassis is brilliant, as we experienced in our test drive earlier, and the suspension is so well set up that you really enjoy throwing this car around and tackling bad roads during your everyday driving. 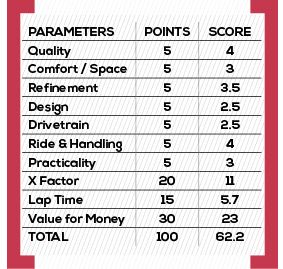 For proof of just how good the Grand i10 Nios is in terms of dynamics, all you have to do is look at its stunning lap time of 1:14.9, which was significantly faster than many premia and much more powerful cars in the test. What’s even more remarkable is that this lap time was achieved with the 1.2-litre Kappa engine, which produces just 82bhp and 114Nm of torque. Imagine what the Grand i10 Nios could do in its 100bhp 1.0-litre engine avatar, which is hitting our markets early next year. I’ll give you a hint – it’ll be an absolute pocket rocket!

The advantage of such a sorted chassis and suspension, of course, is that you can literally throw the Nios into the tightest corners in full attack mode without any worry, for the chassis handles all of it admirably. Another aspect of the car that all the test drivers appreciated was the presence of steering feel and its direct steering response – something that was missing in previous generations of the i10.

With its combination of terrific driving dynamics, class-leading quality, and a rather sprightly interior, I can imagine that the Nios will continue the success of the i10 family in the Indian market.