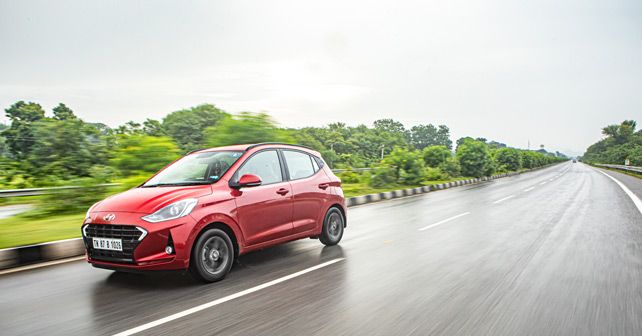 With a stiffer chassis, enhanced features and a focus on driving appeal, the Nios – the latest-gen of the Grand i10 – aims to up the game. But does it?

Success can often be a double-edged sword. This holds true across all walks of life, but perhaps more so in the cut-throat Indian automotive industry. The success of a product sets certain expectations – and meeting them with each successive generation can be challenging to say the least.

Needless to say, these expectations can be very difficult to meet – take the Santro, for instance. The current-gen Santro has achieved decent numbers, but it failed to meet the expectations of both the company and customers – a disappointing outcome considering the original Santro’s immense success.

Elephant in the room 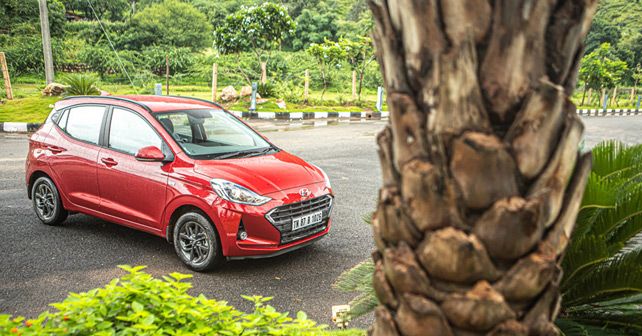 Before I give you a detailed review of the i10 Nios, let me just put a few things into perspective in order to give you an idea of why the Nios is such an important product for Hyundai in India. First, Hyundai has managed to cumulatively sell over 1.5 million units of the first two generations of the i10 in India.

That being the case, the success of the i10 Nios is critical to the growth of Hyundai in India – especially at a time when the automotive industry is struggling to keep its head above water. To give you another figure that reiterates why the i10 Nios is so important – 48% of the Indian automotive four-wheeler market is still dominated by hatchbacks of various shapes and sizes. 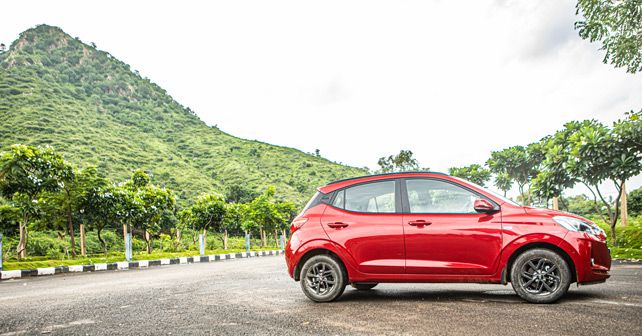 For the styling of the Grand i10 Nios, Hyundai’s designers chose to take an evolutionary path – rather than a revolutionary one. The front of the car is dominated by a large cascading grille, which gives the car a unique identity. The LED DRLs, meanwhile, are neatly integrated into the front grille.

In profile, the car sports shoulder lines both on the front fender and the rear quarter panel. The large 15-inch alloys look impressive on the top-of-the-line Asta trim. The rear-end design of the Nios, however, is a tad disappointing for me. Why? One, the evolutionary approach doesn’t do the car’s design any favours here, and, two, it resembles the Tata Tigor’s design – which is not ideal for a product that has been designed afresh from the ground up.

The interior of the Nios, though, is like a breath of fresh air. One, in terms of quality and fit-and-finish, the Nios’s interior is a huge leap forward from that of the last-gen i10. The other reason is that the interior is, thankfully, offered in two finishes – a two-tone grey and a full-black. There is no beige option – which, in my book, is a step in the right direction.

The new layout integrates an 8-inch touchscreen multimedia system very well, and the instrument cluster is now a combination of an analogue tach and a 5.3-inch digital display. Another aspect of the interior that deserves special praise are the seats. With their excellent cushioning and bolstering, the seats of the Nios are an absolute revelation. 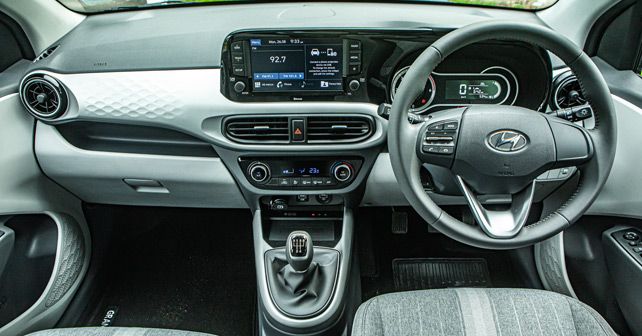 In terms of features, as one would expect from a Hyundai, the Nios comes loaded with them. Our test car – the top-of-the-range Asta trim – featured automatic climate control, a wireless phone charger, and a multimedia system with Apple CarPlay and Android Auto.

One problematic feature of the Nios is the placement of the touchscreen multimedia system. The way it’s positioned in the dash makes using the screen in bright sunlight quite tedious.

Moving the game on
The two ways in which the i10 Nios really moves the game on, though, is in terms of interior quality and, surprisingly, driving dynamics. The platform and chassis of the i10 Nios are a massive leap from the previous generations.

The chassis has been reworked to not only offer more headroom, legroom, and shoulder room, but the platform is significantly stiffer too. Consequently, its dynamic abilities shine through when on the move.

It deals with broken roads without breaking a sweat and is, in fact, a lot of fun to drive – especially when you’re in the mood to be a bit aggressive. In fact, in keeping with the trend of the latest products from Hyundai – think Venue and Verna – the suspension on really bad roads feels a tad bit stiff even. But, as a result, the road holding, body control, and the feedback from the Nios’ platform is simply terrific.

Special praise must also be given to the steering feel. There is actual, genuine feedback from the wheel, and for those who detest modern electrically assisted steering systems for their dreary response, this is a welcome change.

Old wine in a new bottle
When it comes to engines, though, Hyundai has stuck to its tried and tested units from before. Both petrol and diesel engines are of 1.2-litre capacity and have been tweaked to improve efficiency and drivability.

The petrol engine produces 82bhp and 114Nm and is now BS 6 compliant. The diesel, on the other hand, produces 74bhp and 190Nm, and a BS 6 compliant unit of the same will be available next year. Both engines, however, are now available with 5-speed manual or AMT gearboxes.

The petrol engine of the Nios is quite refined and does a decent job in everyday driving, with predictable power delivery and tractability. The manual gearbox is also quite decent, but the AMTs continue to feel lethargic and uninspiring. The default mode of the gearbox seems to be to head for the highest gear possible – to improve efficiency. But even when you push the pedal hard, gear changes are slow and response is lazy. 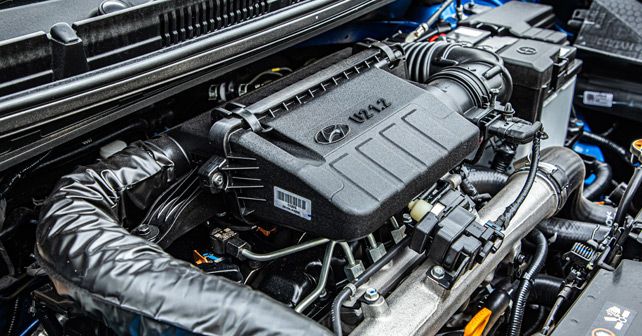 The diesel engine, on the other hand, matches the dynamic abilities of the Nios very well. The 190Nm of torque – available from just 1,750rpm – means the diesel has almost instantaneous throttle response and works well in both urban and highway conditions. So, if you’re looking for some comfortable high-speed cruising, the diesel engine should be your powerplant of choice for the Nios.

Two words of caution though – a bit too much clatter from the diesel engine seeps into to the cabin, blame the 3-cylinder engine for that, and while the AMT version of the diesel engine is better to drive than the petrol, it still feels as though there’s room for improvement here.

Sizing up the competition
During the product presentation of the i10 Nios, Hyundai officials were very clear about who they think their prime rival is – the Maruti Suzuki Swift. Now, the Swift is no lightweight when it comes to driving appeal and sales success, but the i10 Nios in its latest iteration will certainly give the Swift a tough fight.

Working in its favour is a fantastically stiff chassis, capable suspension setup, good steering feel, and excellent quality levels. Combine this with the aggressive pricing – the i10 Nios is cheaper than the Swift, but offers more standard equipment – and there remains no doubt about the upcoming fight between these two bellwether products from the two largest automobile manufacturers in India.

One unique aspect of the i10 Nios is that it offers a customized warranty plan, based on your usage and driving habits. For example, if you’re someone who racks up a lot of miles, you can choose the 3 Year and 100,000kms plan. However, if you don’t drive that much, you can opt for the 5 Year / 40,000kms plan. There are three different plans that customers can choose from at no extra charge.

All told, now that the Nios packs genuine driving appeal, it’s likely to be an even more formidable competitor than before. Turn the page to see how it fares against the Swift.

X-factor: With a fantastically stiff chassis, class-leading quality, and aggressive pricing, the i10 Nios is set to challenge the swift at its own game.

X-factor: With a fantastically stiff chassis, class-leading quality, and aggressive pricing, the i10 Nios is set to challenge the swift at its own game. 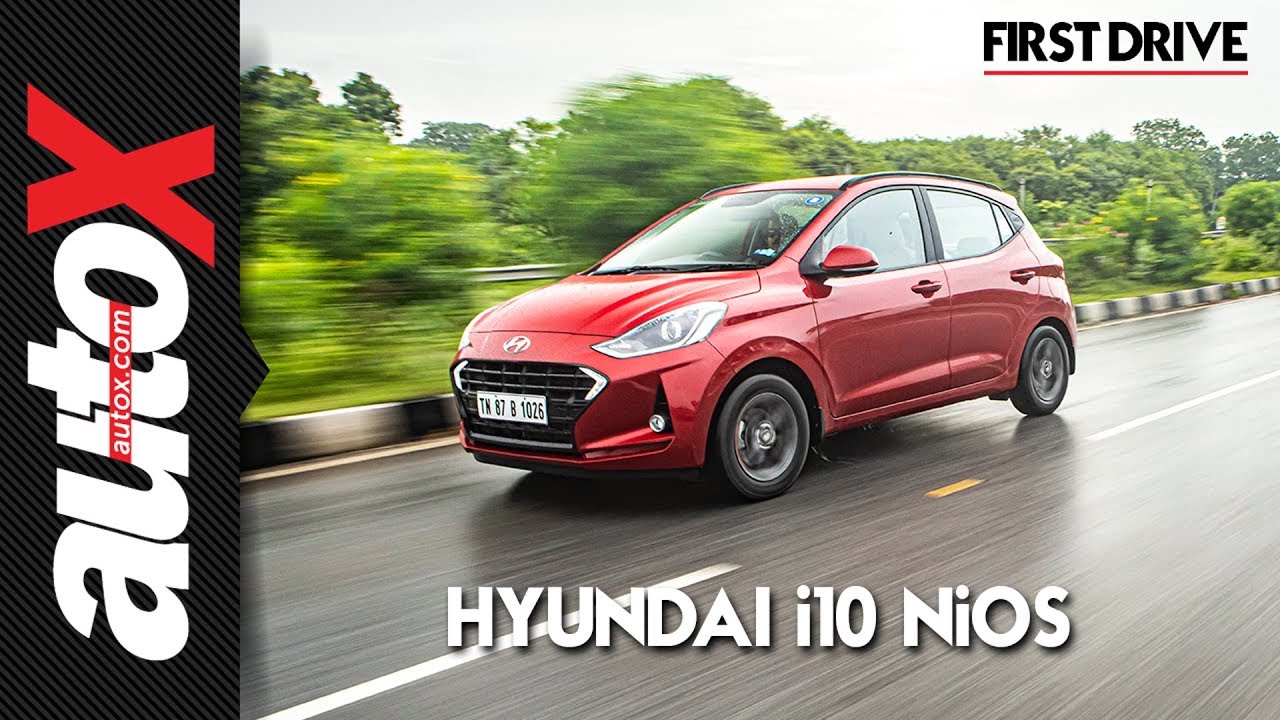 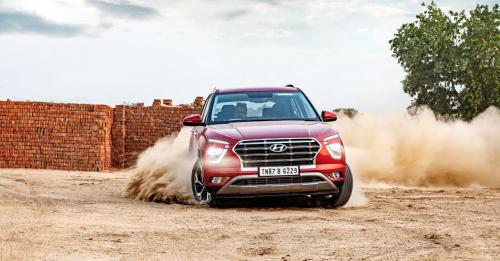 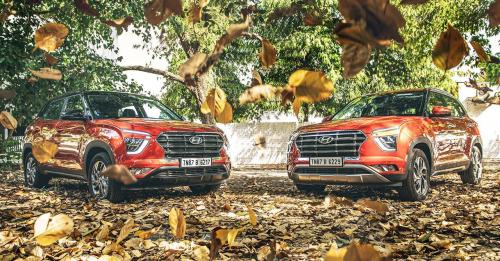