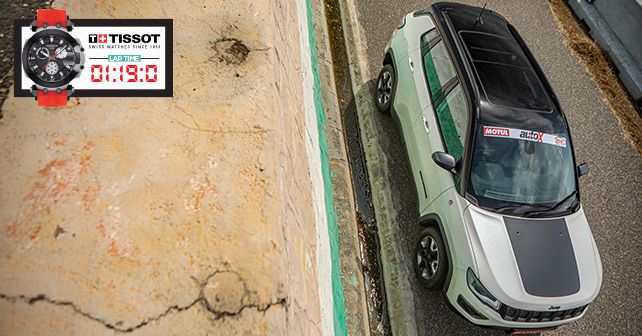 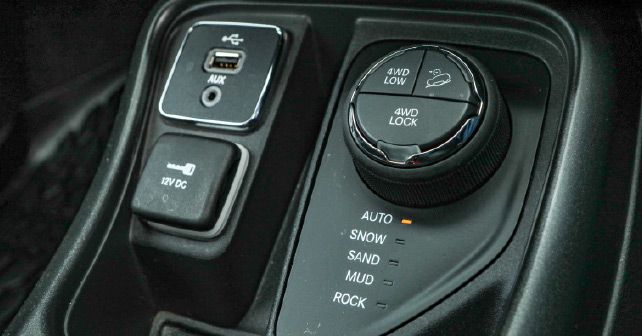 Two years ago, when the Jeep Compass made its debut, it went on to become the winner of our 2017 annual mega test. Its punchy 170bhp 2.0-litre diesel engine, manual gearbox, and a brilliantly balanced chassis & suspension meant that it was brilliant from behind the wheel. Add to that the fact that it’s a Jeep, and so there was no surprise when it came out on top.

Of course, it didn’t hurt that, at the time, it set a lap time of 1:14.7 on the short loop of the BIC – pretty impressive for an SUV. Now, two years later, here we are again! And this time with the Compass Trailhawk – the most off-road worthy Compass available worldwide. And the fact that it’s quite serious about its off-road credentials is quite evident by its 1:19.0 lap time around the same circuit. That’s over four seconds slower than the standard car! So, what’s going on here? 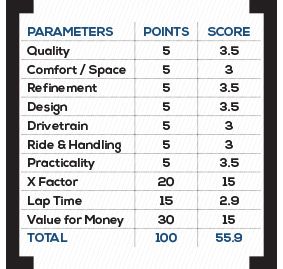 Well, to make the Compass Trailhawk is a truly capable off-roader, Jeep has raised its ride height considerably – by 30mm to be precise. The ridiculously low-front bumper lip is now gone, and instead, we have is a completely new Trailhawk-spec bumper, which gives this car a much more respectable approach angle of 26.5 degrees.

Its higher centre of gravity and taller springs result in a significant amount of body roll when you throw it around the fast sweeping bends of a race track. But the final nail in the coffin for the Trailhawk’s track performance is its new nine-speed automatic gearbox. It doesn’t have a Sport mode, which causes slow kick-down acceleration. So, while the engine continues to churn out 170bhp, the transmission delays the throttle response.

But, don’t worry about the Trailhawk’s track performance too much, for it’s quite good at what it’s supposed to do – deal with off-road terrain. And while that automatic gearbox has its limitations, it’s great in traffic. And don’t forget that the new long-travel suspension offers phenomenal ride comfort.

So, in the Trailhawk, we finally have a Compass for off-road buyers. Plus, of course, with that ‘Trailhawk’ badge, it has X-Factor in spades. The only issue is that it’s quite a bit more expensive than the regular Compass. But that’s the price you pay for go-anywhere ability…