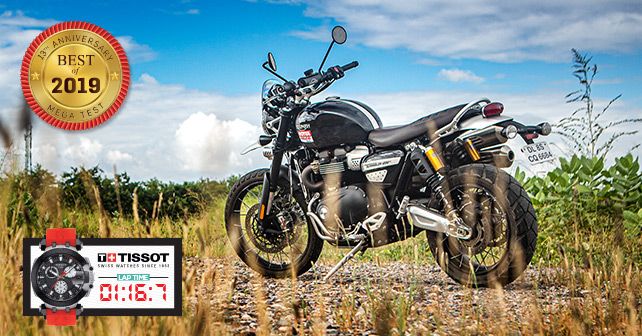 The Triumph Scrambler 1200, not unsurprisingly, made it to the top three of our ‘Best of 2019’ two-wheel list. While it retains the retro-classic design and the pedigree of the Bonneville family, the Scrambler, unlike its siblings, loves getting dirty while blazing through dirt tracks. The raised bazooka-like exhaust is not just for show – the Scrambler has genuine off-roading credentials, but, first, let’s find out how it fares on the tarmac.

The Scrambler is powered by a very responsive 1,200cc parallel-twin. Twist the throttle, and the bike instantly picks up pace, thanks to the meaty 110Nm of torque. Whether it’s the low or the mid-range of the power band, the Scrambler is always eager to accelerate, but there’s no sense of undue haste.

As it doesn’t have a heavy front, unlike most adventure bikes, barring BMWs, and allows for a straight riding posture, the Scrambler takes corners with such ease that it makes you wonder whether it’s an off-roader or a street bike. Even though it weighs over 205kgs, the Scrambler feels nimble & light, and effortlessly negotiates bends. 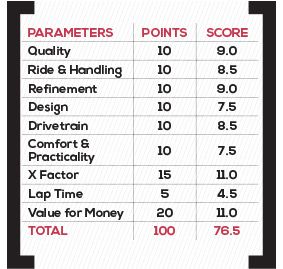 Its 89 ponies allow it to race past the 7,000rpm mark without breaking a sweat. Due to this, the Scrambler scored very high in terms of ride and handling and, of course, lap time – and believe it or not, it was the fourth fastest on the circuit!

Now, let’s take a peek at the wild side of the Scrambler and see what it’s capable of once off the beaten path. With plenty of low-end torque and higher ground clearance than the regular Bonneville, the Scrambler tackles loose surface and crawls out of the mud with extreme ease – and never does it bottom out.

It comes with five different riding modes – Rain, Road, Sport, Off-Road, and Rider Configurable, which lets you set up the throttle response, traction control, and ABS. In Sport mode, the bike’s throttle response is, as expected, the best. But this mode is not just about that vigorous surge of power, but it’s also about letting the rear wheel drift. The Scrambler can easily drift at 45-degrees!

Triumph has tried to balance the Scrambler in such a way that it can easily tackle both tarmac and off-road conditions. And so, it uses Metzler Tourance tubeless tyres. They do have some grooves, but they are more road-biased, which means that if you do intend to do some serious off-roading, changing tyres would be advisable.

The Scrambler comes with Brembo twin 320mm floating discs at the front and a 255mm disc at the rear, which offer more than adequate stopping power, without causing it to abruptly come to a standstill – something that makes it ideal for off-roading. Both Showa front forks, which offer 200mm of travel, and Ohlins rear suspension, also with 200mm travel, are more than capable of tackling different riding terrain.

The Scrambler is certainly an all-rounder and can handle both off-roading and cruising. With its Bonneville DNA, it’s easy to handle and flick around – not to mention the fact that it has a comfortable riding stance. But, like all big motorcycles, this one too has that perennial problem of the engine emitting heat, but with its massive exhaust pipe next to the leg, the heat problem becomes even worse. So, riding this bike in the city in peak summer would be like putting a steak on the grill. Other than that though, this could very well be the only bike you’ll ever need. Oh, and it looks stellar too… 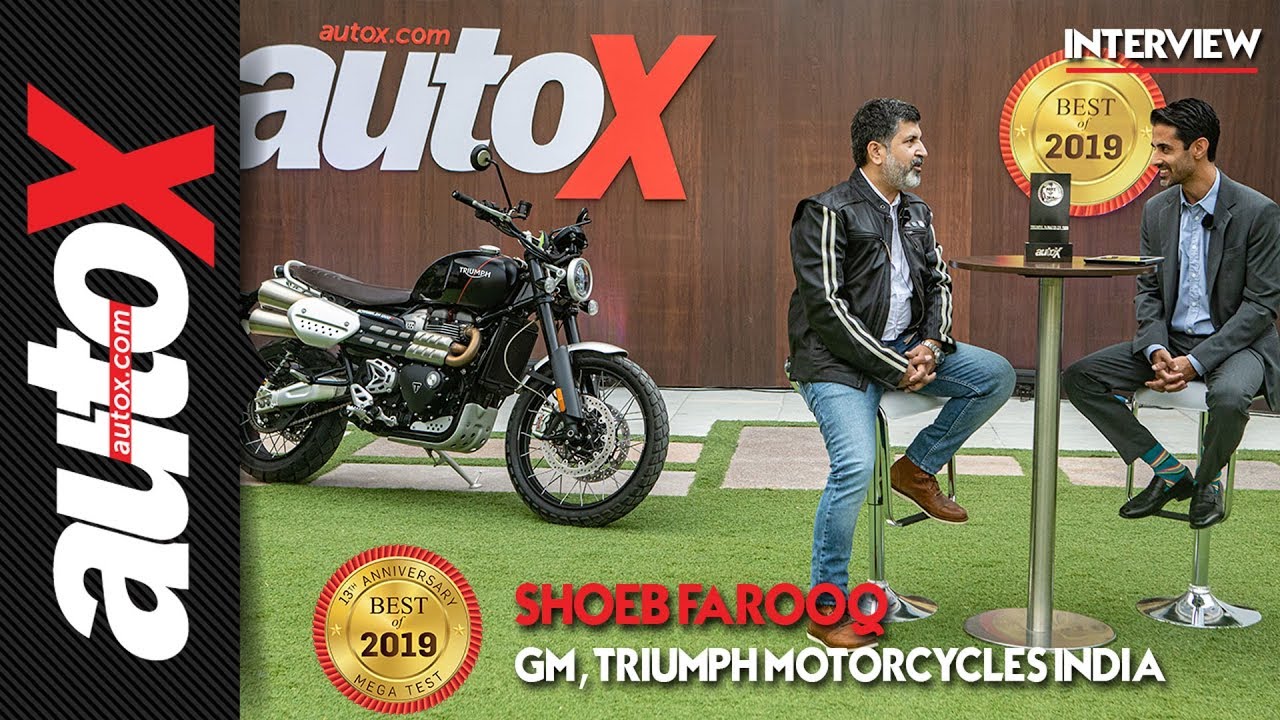