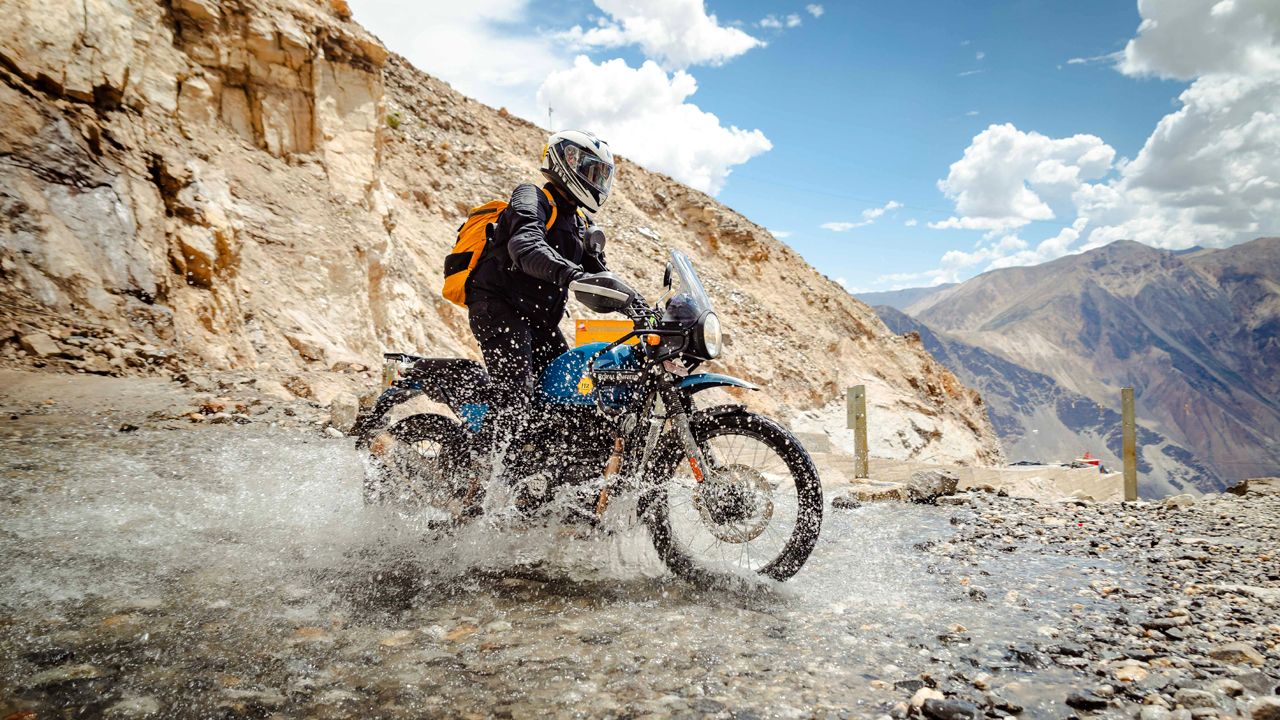 18 days, 2,700+kms, and unforgiving terrain! This year, the 18th edition of the revered Himalayan Odyssey embarked on a journey to the Umling La pass – the new highest motorable road…in the WORLD!

It was a regular day in the office for me. I was sitting in front of my laptop, shuffling through the day’s e-mails hoping to come across something remotely interesting. And just then, communication from Royal Enfield drops in stating the return of the Himalayan Odyssey ride! Now, before I write further, I think this is the right time to give the readers a brief background on Royal Enfield’s marquee ride.

Since its inception in 1997, when forty Royal Enfield motorcycles climbed to Khardung La, the world’s then-highest motorable pass, Himalayan Odyssey is considered to be one of the ultimate motorcycling experiences offered in India. It’s an opportunity for all kinds of riders, ranging from amateurs to pro explorers, to experience the bounty of the Indian Himalayas in an unparalleled manner! Of course, due to the pandemic, the ride was revived after a brief hiatus and to truly celebrate this, folks at Royal Enfield decided that this year, the ride should culminate where no other had to date – at 19,024 feet above the sea level at Umling La – the current highest motorable pass in the world! For reference, this pass is situated at a much higher altitude than even the Siachen Glacier (17,700 feet) and, in fact, is also higher than the Mount Everest Base Camp. And guess what, I was fortunate enough to enrol for this year’s expedition! 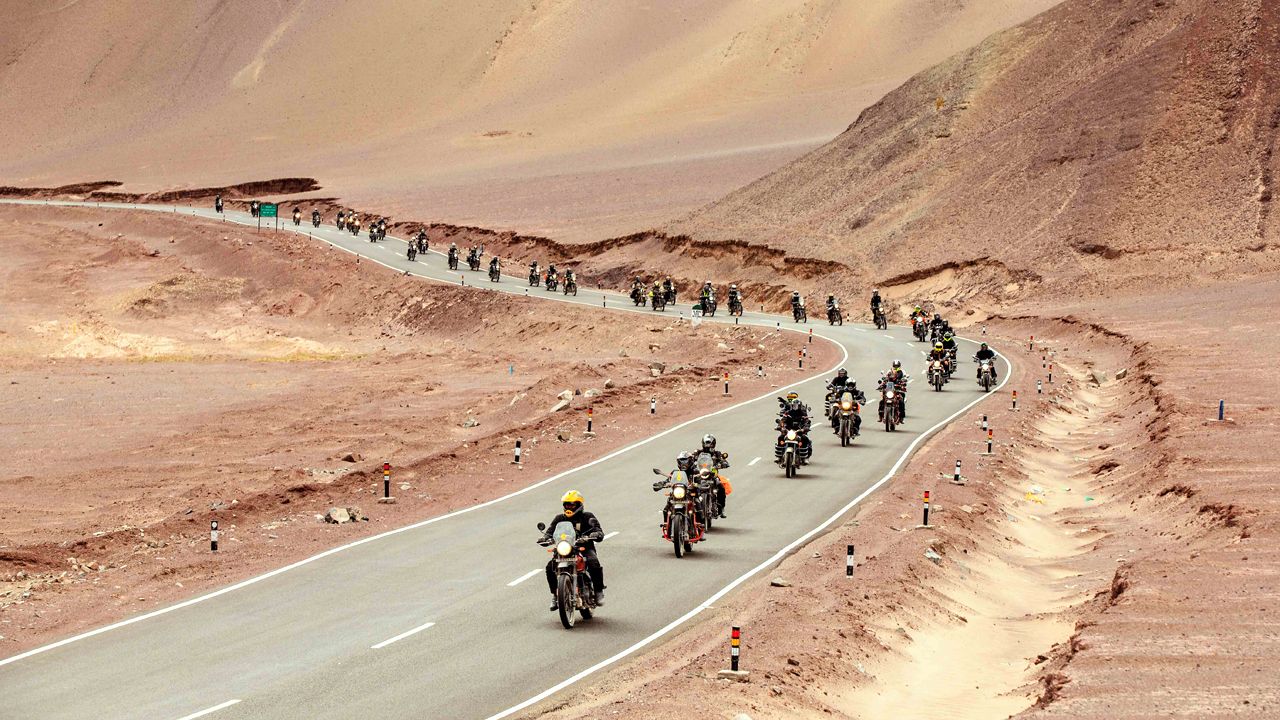 Spanning over 18 days, the 18th edition of the Himalayan Odyssey would see 70 riders take their Royal Enfield motorcycles on a 2,700kms journey from the India Gate in Delhi to the Umling La pass in Ladakh. However, for us, the journalists/influencers, the journey was of 12 days and a little over 2,100kms. That’s because we were scheduled to fly back from Leh instead of doing the round-trip and riding back all the way to Delhi. So, what you are about to read in the following lines is a brief experience of how my ride went, and, as an amateur rider, what learnings did I take away from potentially one of the most amazing life experiences I’ll ever have! 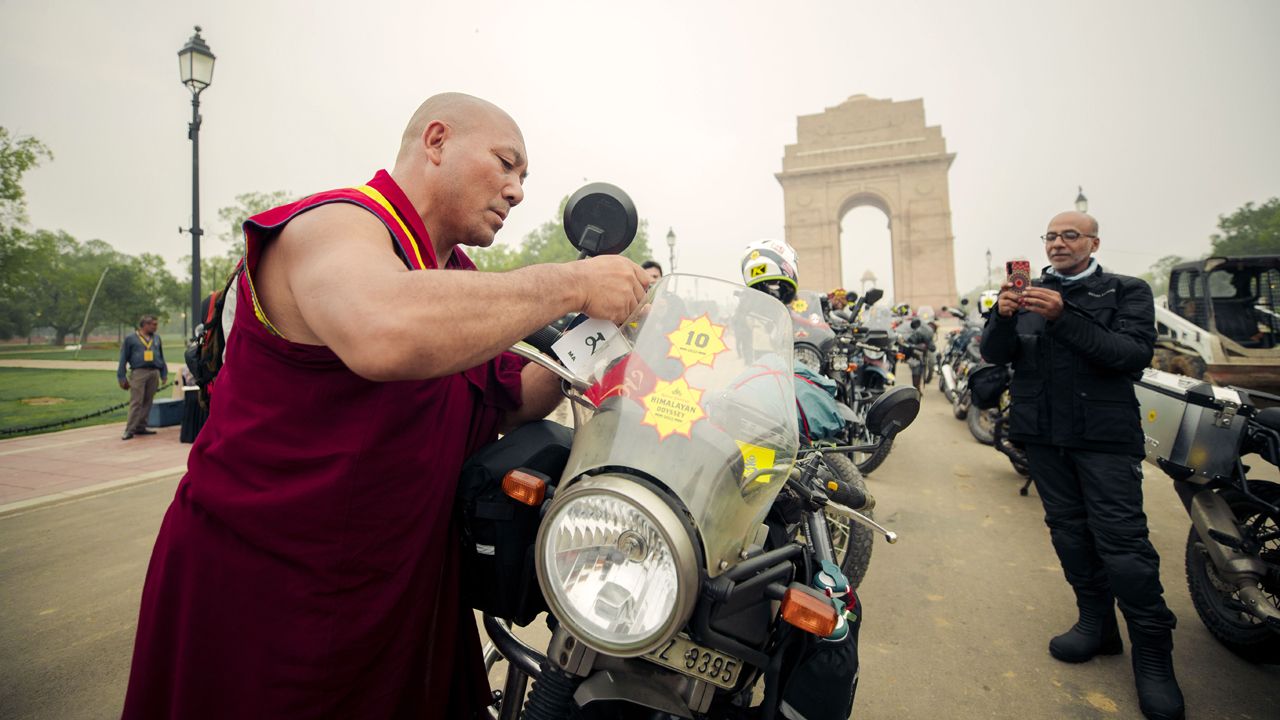 On Day One, the RE crew and all ride participants gathered at the Hyatt Regency hotel in Delhi for a brief medical/first aid briefing, followed by an in-depth ride briefing. During it, we learned that from Chandigarh onwards, the ride would split into two groups, to take two different routes to reach Leh. While both groups would be flagged off from Delhi together, Group A would ride from Chandigarh via the picturesque Manali route and the other would traverse the rugged Narkanda-Kaza route, before finally converging at Leh. Not knowing if I was lucky for it or not, I was in Group B. 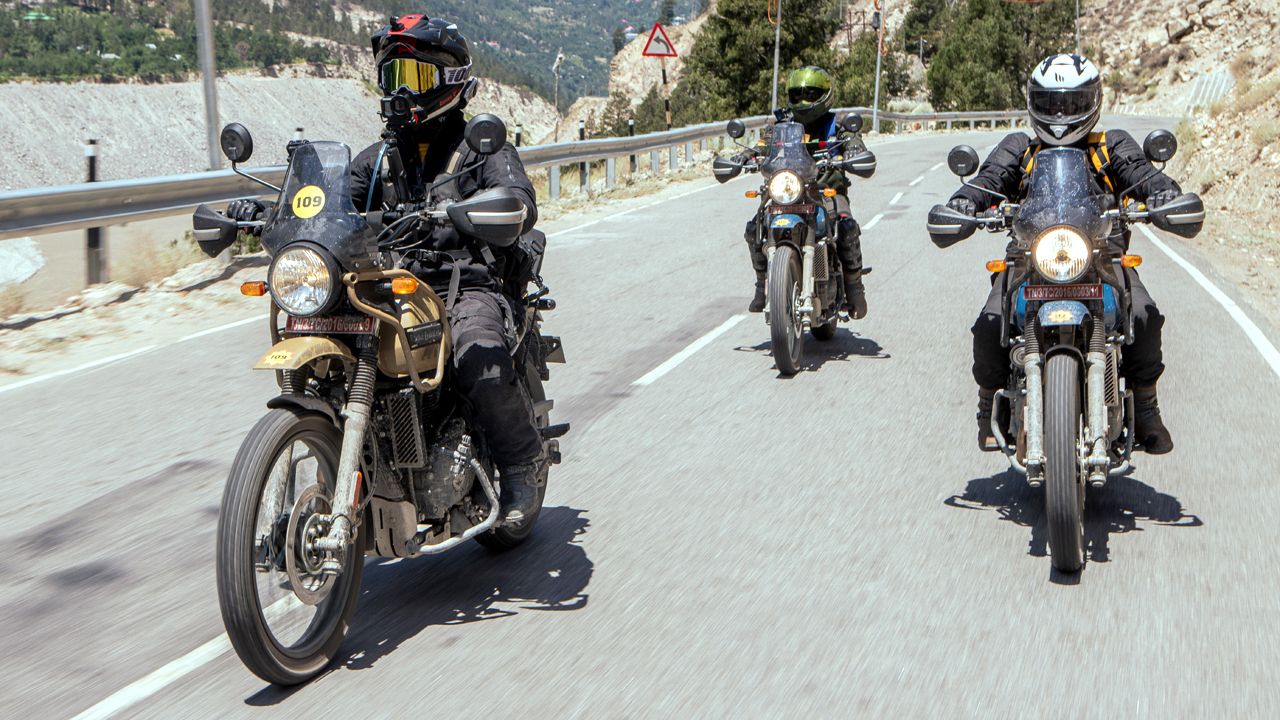 So here we were the next day. 70 riders from across the country and abroad, along with our ride leads and support crew, lined up at the India Gate early in the morning for the ceremonial flag-off. And all this time, my heart pounding in my chest as the flag-off inched closer. I knew Day One and the first few of them, in fact, would be quite straightforward. That’s because these would require riding on fairly wide highways with marble-top roads most of the way. What worried me most was the off-road bit.

You see, this ride ticked quite a few of those ‘first time’ boxes for me – my first-time riding in the mountains, first time on an adventure motorcycle, first time going off-road, and my first time going beyond Chandigarh on the Narkanda-Reckong Peo-Kaza route. Not to mention going to this altitude for the first time as well! So, given my level of riding experience, I think my apprehensions were quite justified! 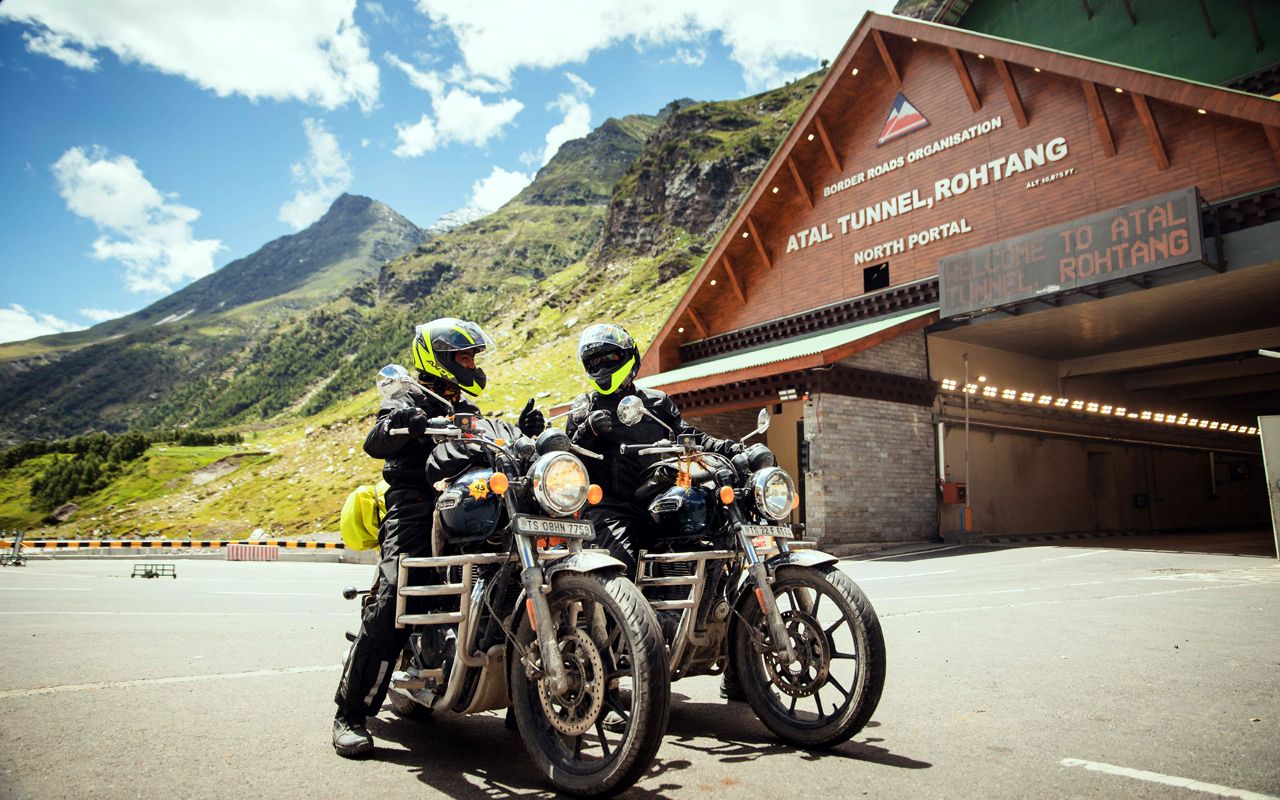 Thankfully, what helped calm my nerves a bit was the fact that Royal Enfield had given all media participants spanking-new Himalayan adventure motorcycles for this expedition. What made the deal even sweeter was that we were the first set of riders in the country to saddle up on the new colourways of the bike launched on this ride – Glacial Blue & Dune Brown. Seeing that some of the participants were taking on this arduous journey on motorcycles like the Classic 350 and Bullet 500, I was genuinely relieved to have a proper off-road weapon at my disposal. At least now, I just had to worry about my competence as a rider!

For me, this ride was not just about conquering some of the most challenging terrains a rider can face but also about absorbing and taking in some of the most breathtaking views a human being can witness! And, if possible, capture as many of them as possible on my phone. On this front, I felt Kaza had some of the most mesmerising views to offer! In fact, calling them breathtaking would be a sort of an understatement. 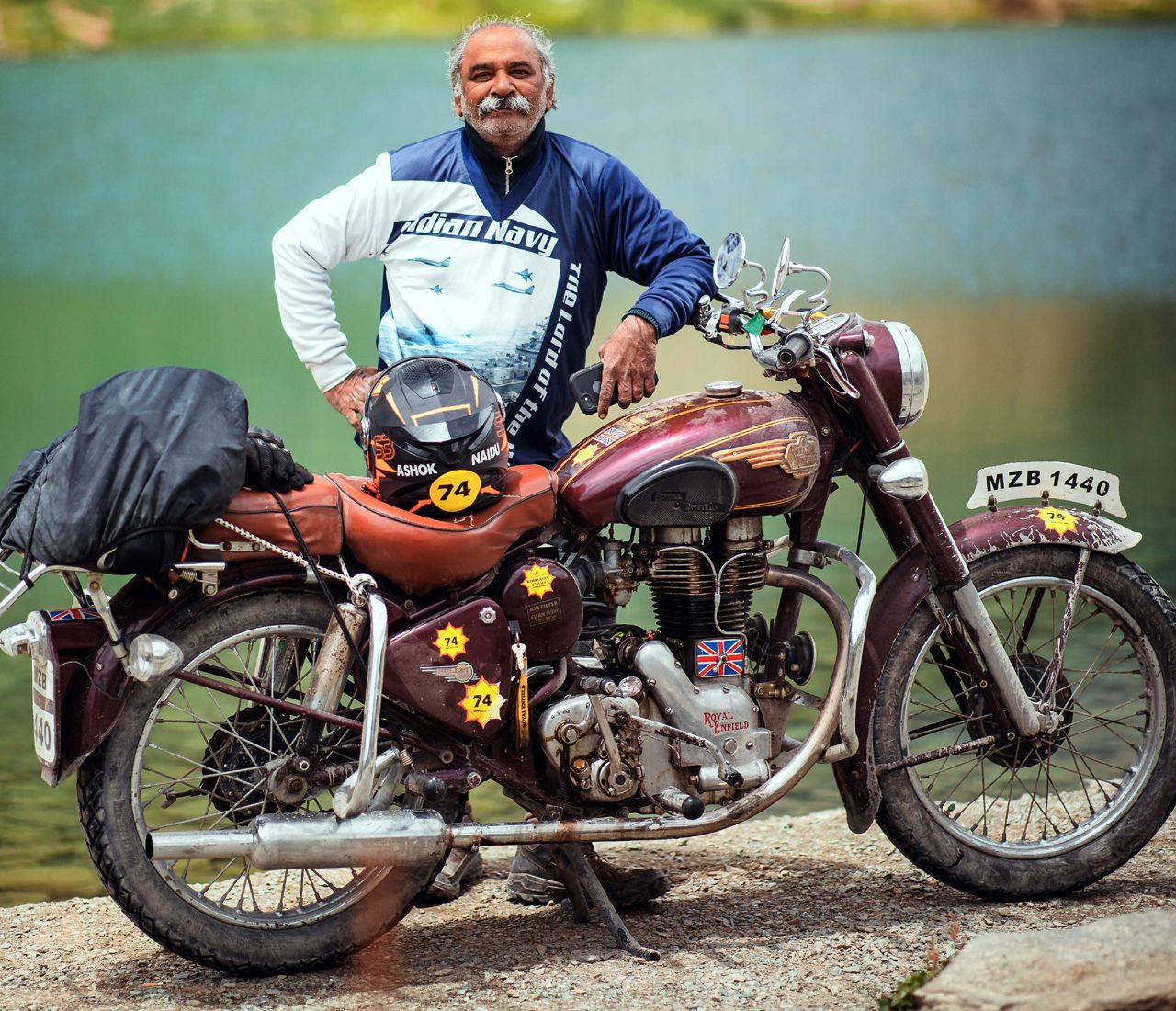 As the ride progressed, I realised that apart from unforgiving terrain and sensational landscape, there was a third element of this ride that pretty much forged the entire backbone of this expedition, and that was the unfathomable power of the human spirit – the immeasurable grit & determination of an explorer and the undying passion of a biker, a rider. This spirit was best represented by a rider in our group named Mr Ashok Naidu. A multiple record-holder, this near 70-year-old Pune-based gentleman successfully completed the 2,700kms journey on a 1962 made-in-England Bullet 350, a bike he inherited from his family and has done more than six lakh kilometres! Compare this to my stress of making this journey on a spanking new, purpose-built offroad bike and you see where I’m going with this! 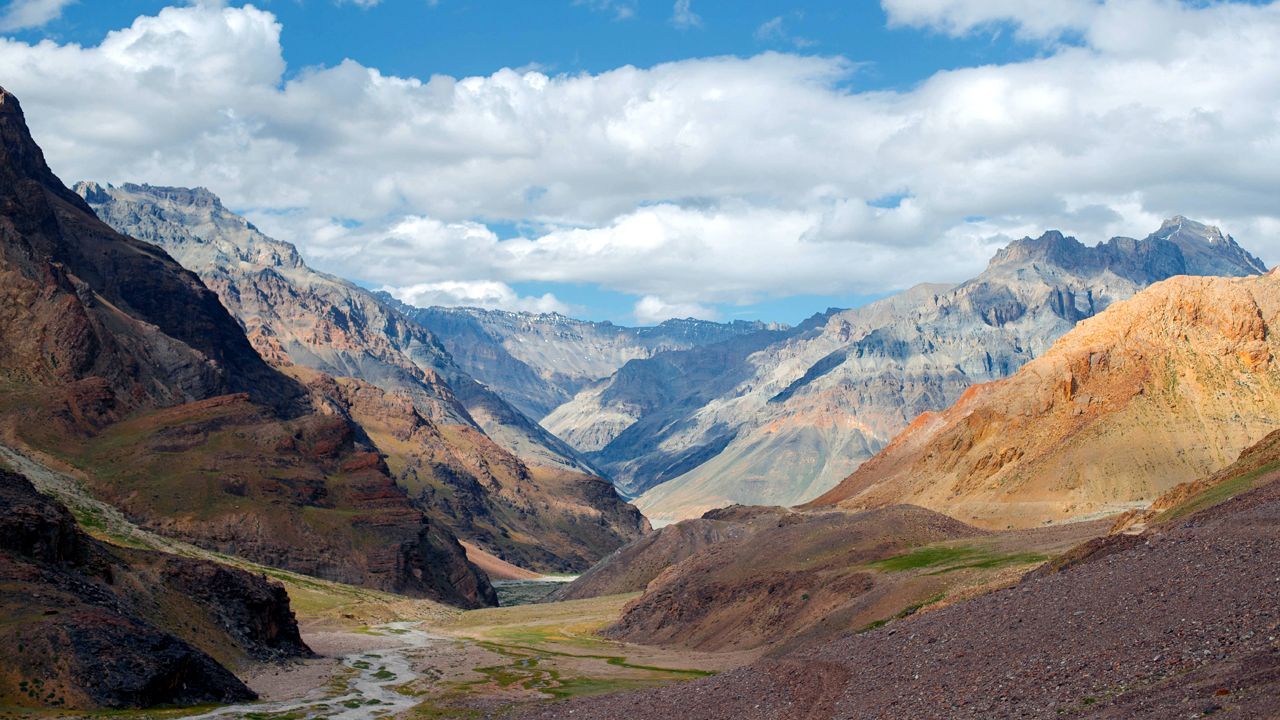 If I were to list out every story, adventure, anecdote and each & every incident that I witnessed, heard, or learned about on this journey, I’m afraid I might have ended up filling all the pages of this magazine issue! But unfortunately, I’ve had to summarise the essence in these six pages. As I was flying back to Delhi from Leh, I realised that ultimately, the Himalayan Odyssey is not all about the destination, the journey, the terrain, or the landscape & views – it’s also about forging ties with fellow riders, having a collective experience that makes for life-long memories, and most importantly, sharing that one true love & passion for riding and exploration. 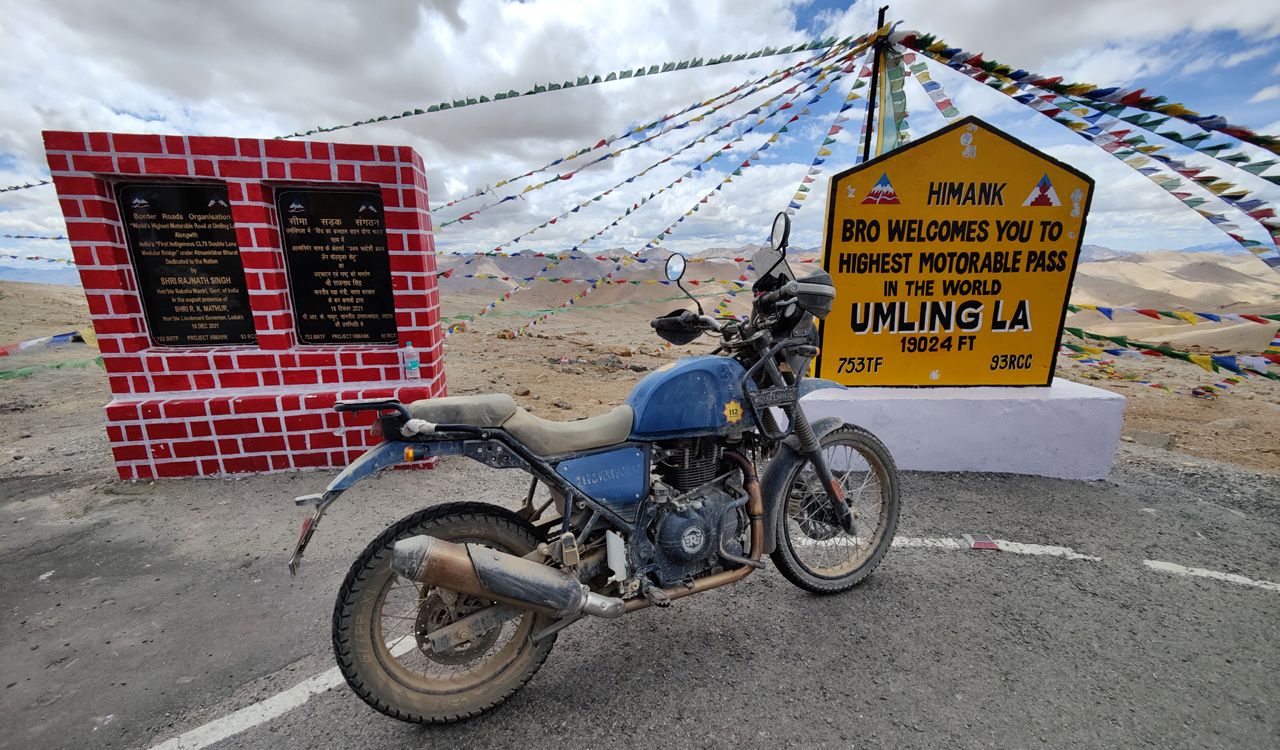