The three latest limited-edition timepieces from the German powerhouse brand 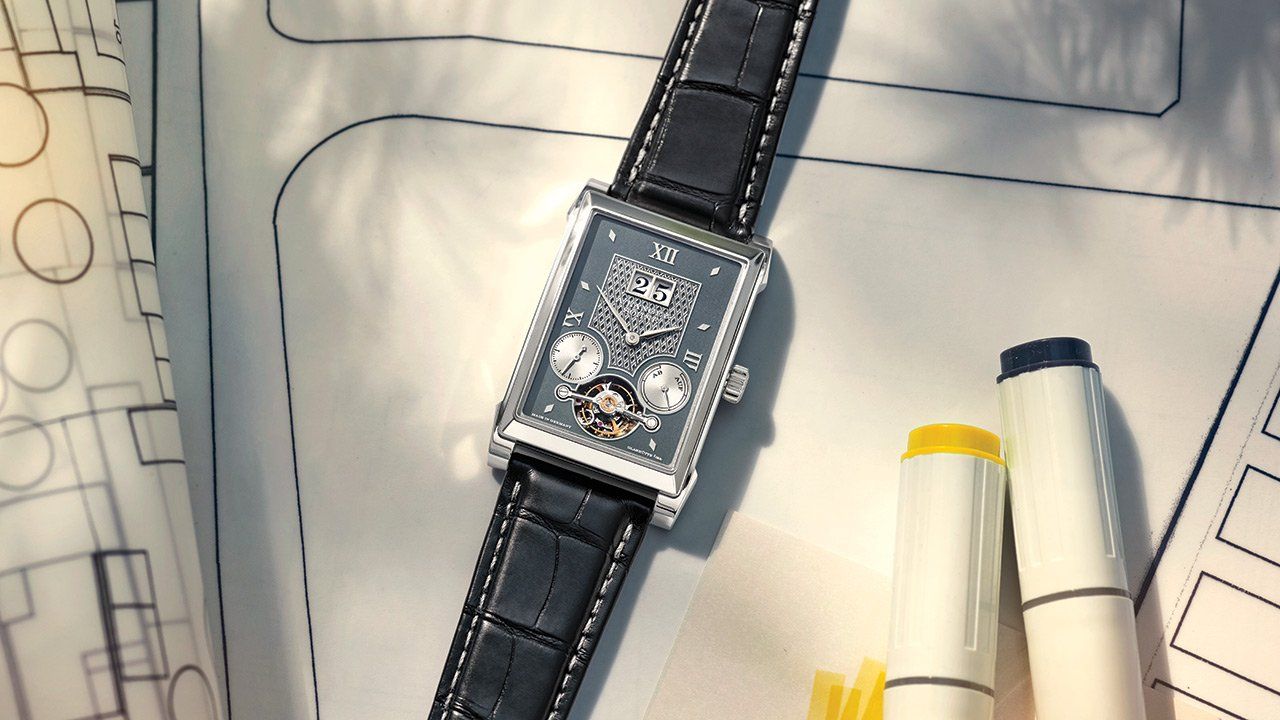 New watches from A. Lange & Söhne are rare occurrences. So, the release of three new editions from the German brand was naturally going to make us curious. Here is what they are all about…

What I like about the Lange brand is its refusal to follow market trends or the latest fads of the watchmaking world. The folks at Lange work at their own pace and offer what they want to offer to their customers when they are good and ready. Of course, we also have to keep in mind that despite their aesthetical and technical wizardry and reputation for quality, Lange is still a small brand in the rarified world of high horology.

So, when Lange recently announced the launch of three new references, we were naturally curious to take a detailed look at the new pieces to see what innovations they bring to the Lange range. 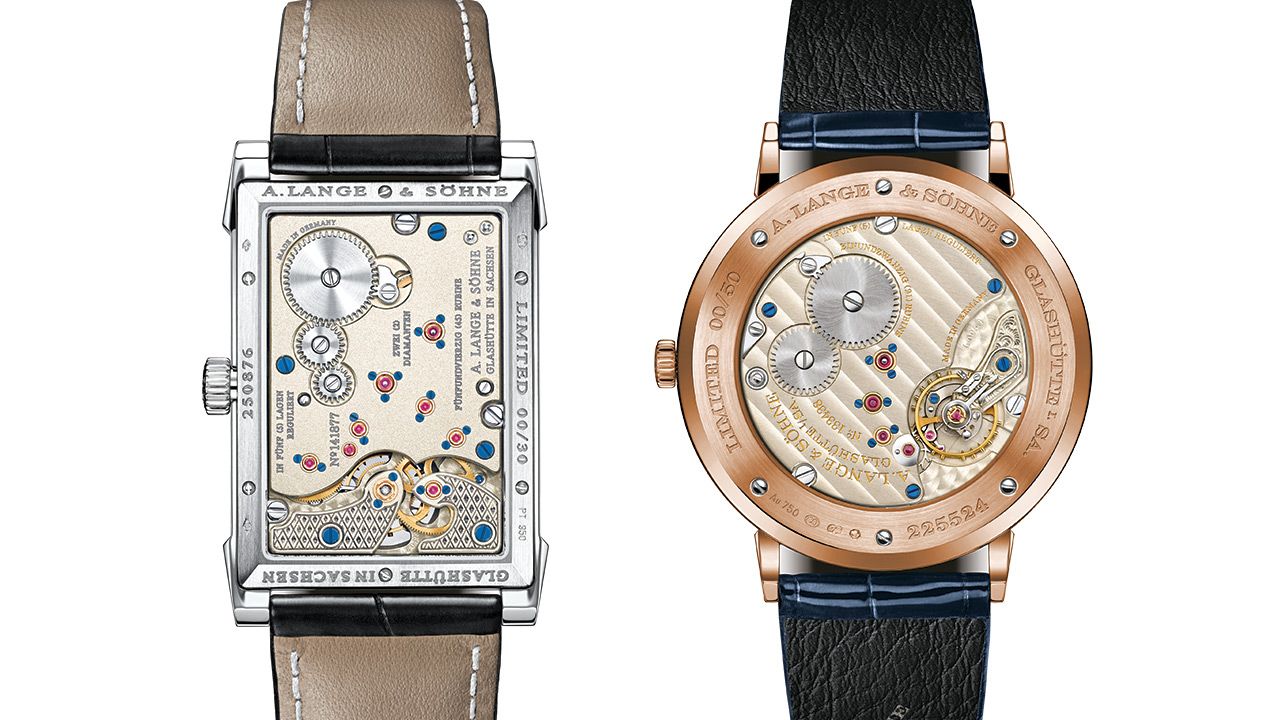 In modern times, rectangular watch cases have gradually fallen out of favour, with customers preferring traditional round cases. However, as mentioned above, the Lange brand hardly follows trends of the market – since its resurrection in 1994, rectangular-cased watches have been a part of the brand’s line-up. In fact, the Cabaret model line-up has been a regular part of its product range. Now, Lange has recently launched the latest issue of the Cabaret timepiece, which seems to be the most detailed Cabaret model in terms of finishing and technical complication. The dominating design theme of the Cabaret Tourbillon is the logenze pattern, which forms most of the dial and is a significant part of the backplate. This includes the hand-engraved inner part of the dial and the six hour markers spread across the dial. Additionally, the solid white gold dial also features two sub-dials and the tourbillon display. Another brilliant aspect is the overall finishing of the dial – it features a semi-transparent enamel layer, which enhances the feeling of depth. The contrast between the bright inner part of the dial and the darker grey outer section, which has a grained finish, makes the dial look visually striking. Mechanically, the Cabaret is powered by Lange’s L042.1, with twin mainspring barrels providing a power reserve of 120 hours. Of course, like all limited-edition Lange models, the Cabaret Tourbillon doesn’t come cheap – only 30 editions of the timepiece will be produced to ensure exclusivity. 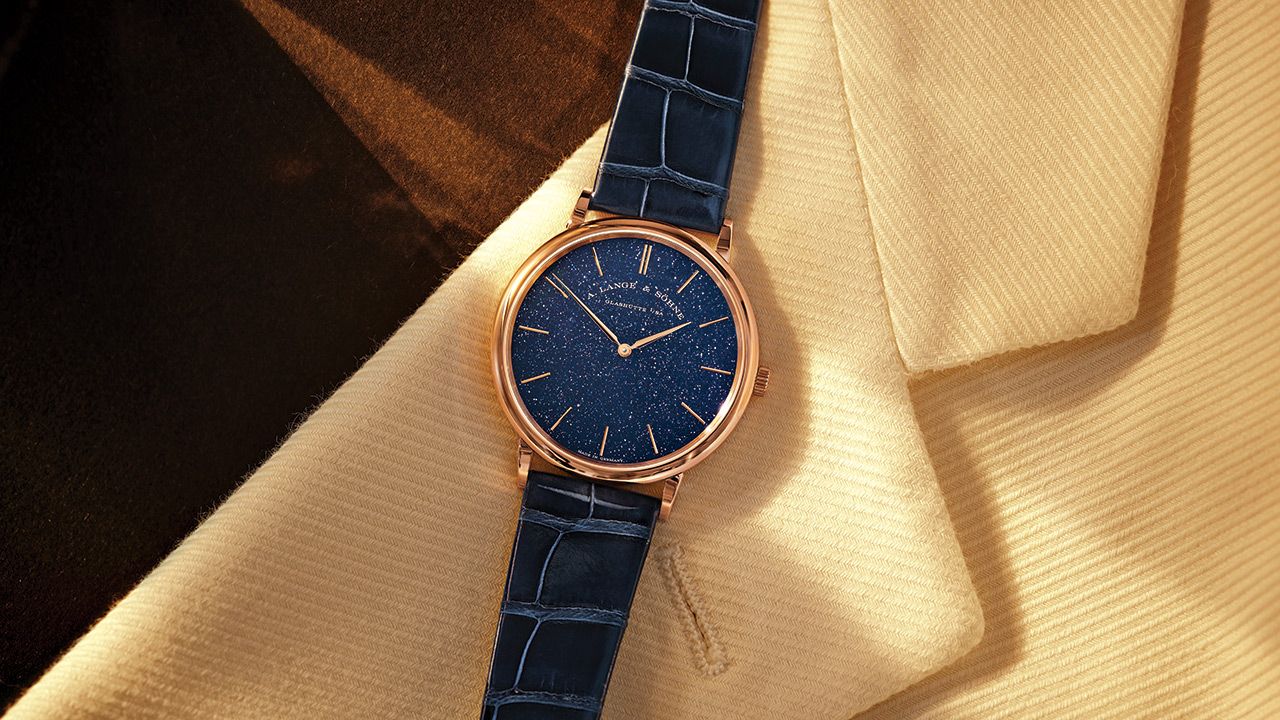 Perhaps one of the most elegant timepieces in the Lange collection – in terms of its basic classic design, with no date display or sub-dials – is the Saxonia Thin. The brand has also launched a new limited-edition version of this elegant piece, with an innovative dial finish. To imitate the look of a star-studded sky, the solid-silver dial of the Saxonia is coated with a thin layer of blue gold flux, which is made by infusing molten glass with copper particles, which form micro crystals when heated – a process that originated in the 17th century Venice. The thousands of copper oxide crystals embedded in the material appear as copper-coloured speckles in the deep blue hue of the dial, making it look like a starry sky. Paired with a pink gold case, hands, and hour markers, the Saxonia Thin seems to follow the principle of ‘less is more’. And this is amply reflected in its 40mm case and the slender case height of just 6.2mm. Frankly, this may well be one of my favourite dress watches. Powering the timepiece is the manually-wound L093.1 calibre, with a power reserve of 72 hours. The Saxonia Thin is offered in a limited production run of just 50 units. 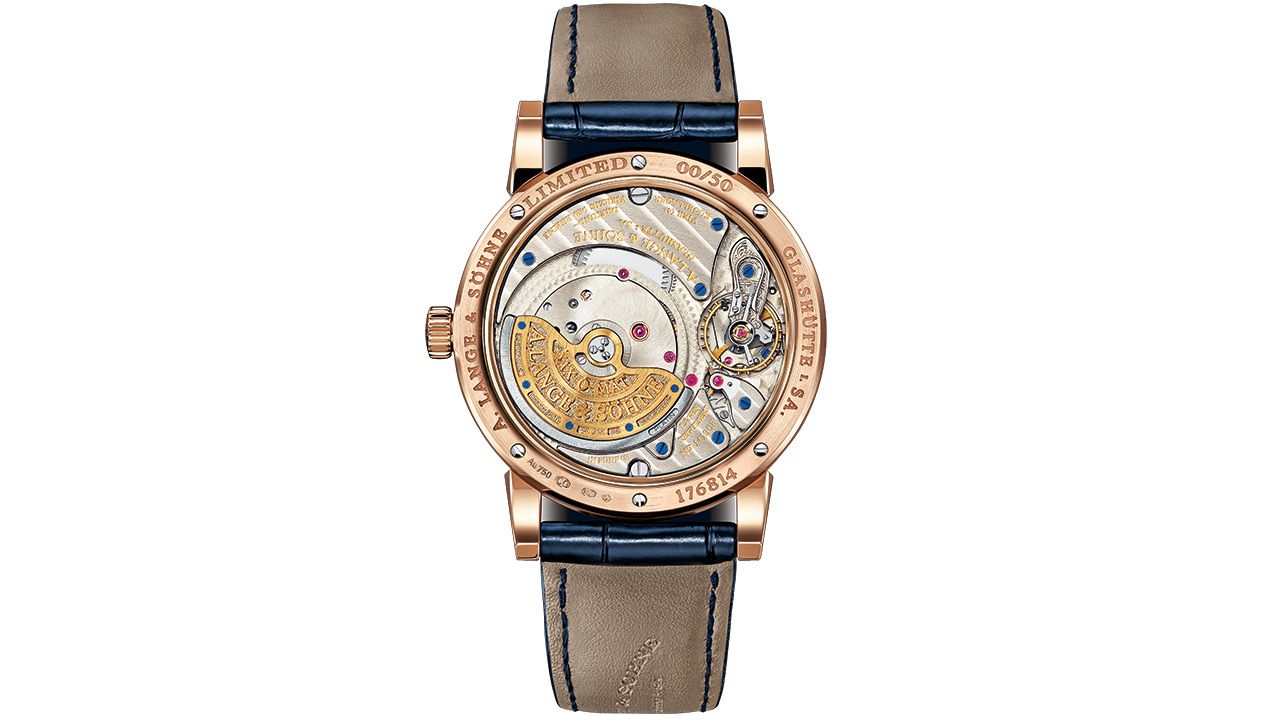 The Langematik Perpetual was the first automatic watch featuring a perpetual calendar and also the first watch in the Lange line-up to combine a perpetual calendar with Lange’s trademark oversized date display. Celebrating its 20th anniversary, the Langematik is now available in both white and pink gold – both paired with a blue dial. Both dials in this case are made from solid silver – the white gold version features rhodium-ed gold hands, appliques, and lunar disc, while the pink gold version features hands, appliques, and lunar disc made of pink gold. Powering the Langematik is the manufacture’s innovative L922.1 Sax-O-Mat calibre, which provides a power reserve of 46 hours and is exceptionally thin at just 10.2mm, despite its perpetual calendar function. The Langematik will be offered in a limited production run of 50 pieces each of both white and pink gold versions. 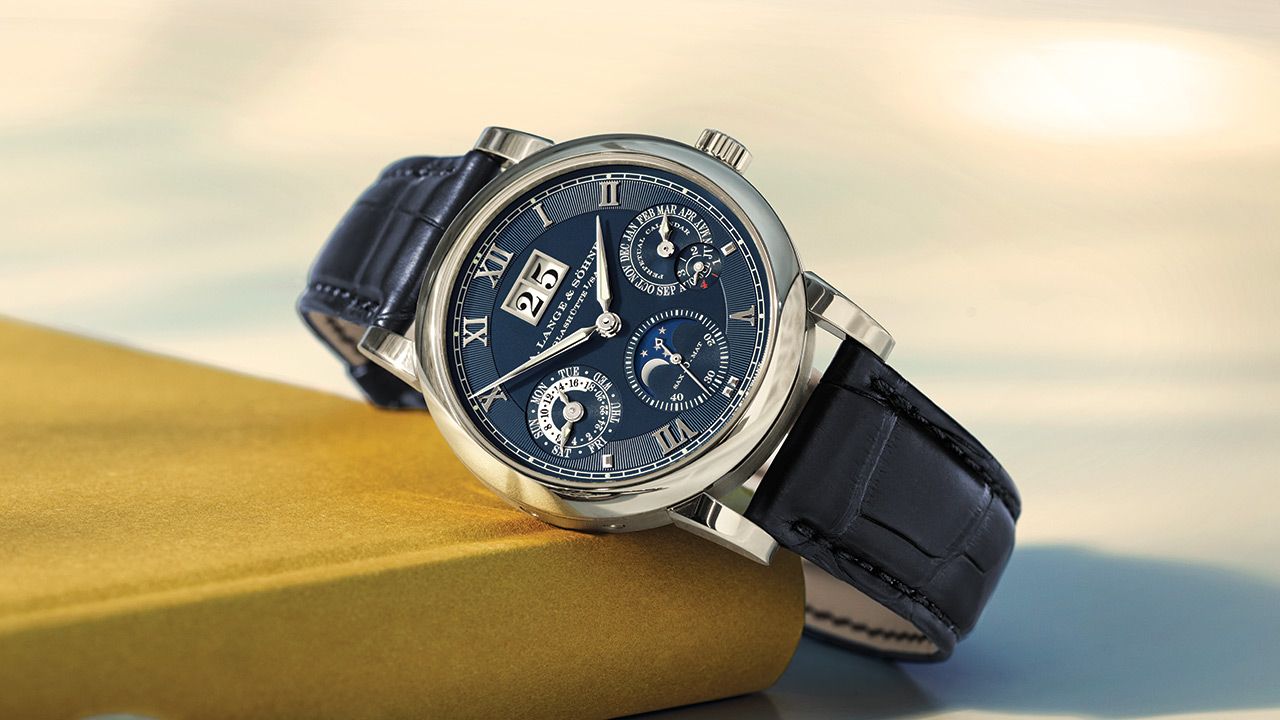