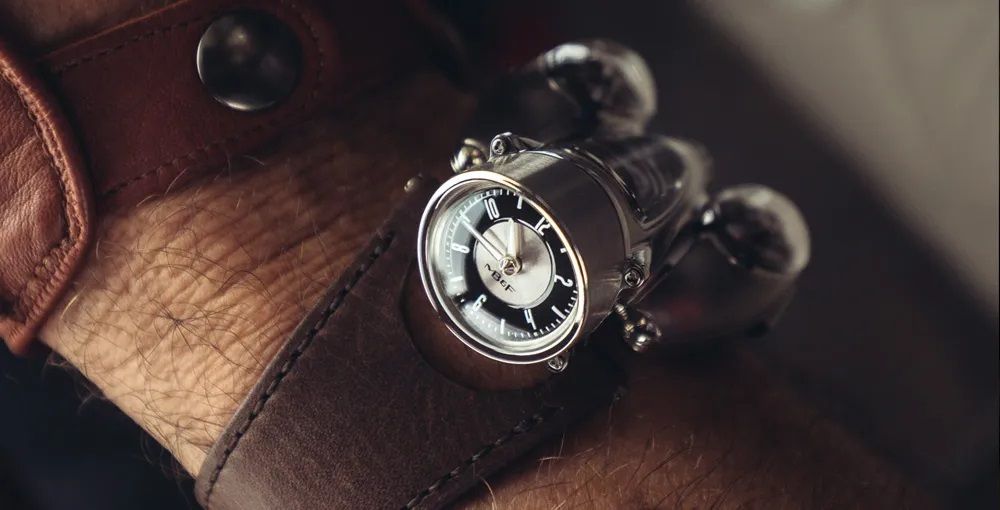 Founded in 2005 by Maximilian Büsser, MB&F has emerged in the world of horology as a name associated with futuristic and unconventional watchmaking. It’s not that they create beautiful timekeeping devices – every watchmaker does that or, at least, strives for it – they bring a concept, an idea to life with their unconventionally sculptured three-dimensional cases and beautifully-finished engines in such a way that you can’t help but exclaim, wow! 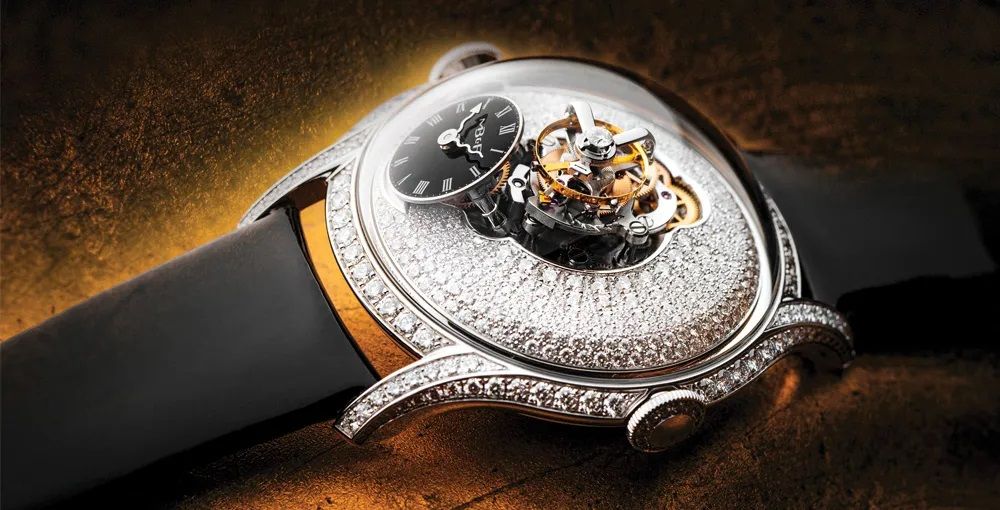 It’s unique not only in its design and presentation but also in its intent. I am talking about MB&F’s Legacy Machine FlyingT – the first MB&F horological art designed specifically for women. But that’s not what makes it unique, what does is the fact that this art piece is inspired by the qualities of the greatest women in the Büsser’s life – elegance and captivating energy – and somehow, I don’t really know how, you can feel the watch uncannily exude these qualities.

The watch has a round case in 18k white gold with extended lugs full of diamonds, however, there are other editions too – Black Lacquer, Pavée diamond-set and Baguette diamond-set. The crystal is sapphire and has a convex dome shape, beneath which sits a subtly curved dial. A tourbillon rises above the movement and stops just short of the apex of the crystal. At the 7 o’clock of the dial lies a subdial, finished either in white or black, set at 50 degrees inclination, that features sinuous hands for hours and minutes, which only the wearer can look at. With 280 components, 30 jewels and 100 hours of power reserved, the LM FlyingT will make a unique gift for the most important woman in your life.

A jet on the wrist! 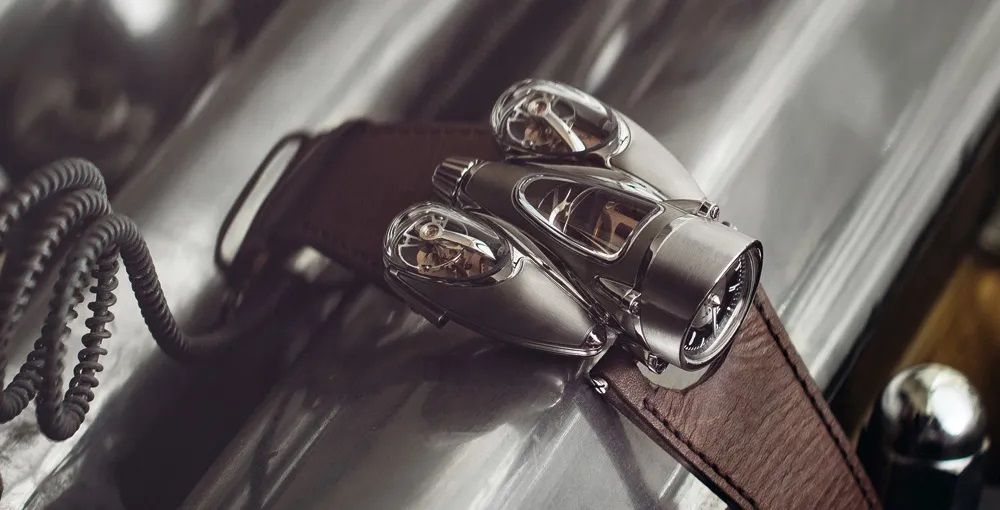 Following the path of its predecessors – the HM4 Thunderbolt and HM6 Space Pirate – the HM9 offers a geometrically complex combination of automotive and aviation designs of the 1950s and 60s and the art of watchmaking. The HM9 has a case with an extremely complex design – it looks like a streamlined jet engine flanked by two aerodynamically shaped pods – that houses an in-house-developed manual winding movement. Frankly, it looks like an artefact from the intricate world of science fiction.

Both lateral pods house an independent balance wheel, while within the central body lies a planetary differential that averages both balances to give a single output for an accurate time reading.

Available in two editions – Road edition, with a rose gold-plated movement and speedometer-styled dial, and Air edition, with a darkened NAC movement and aviation-styled dial – the HM9 comes in grade 5 titanium case and a complementing brown calf leather strap with a titanium buckle. It truly is a dream come true for enthusiasts, but only for a limited number – MB&F is to produce only 33 units of both editions. 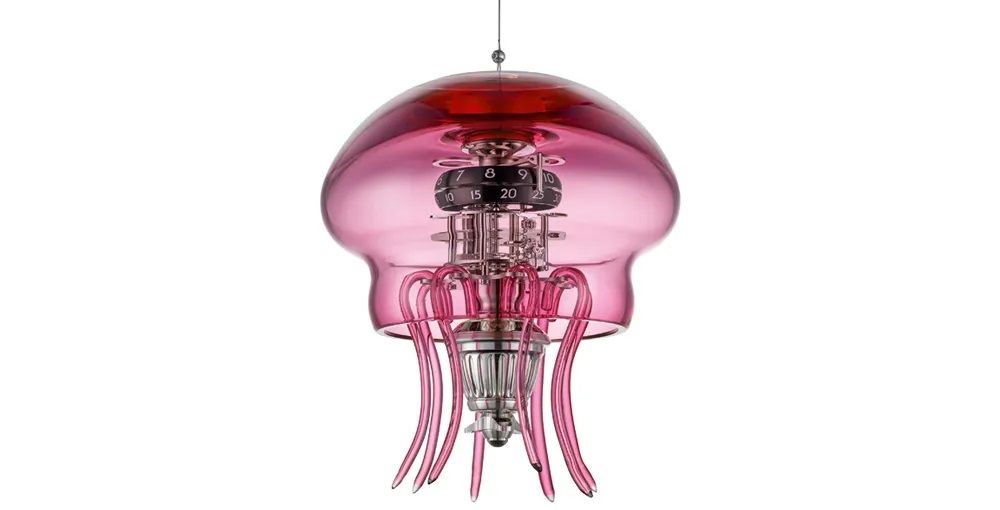 Taking its name from a monster in ancient Greek mythology who had serpents for hair, the Medusa from MB&H is a result of a collaboration between MB&F and L’Epée 1839 – a premier Swiss manufacturer of high-end clocks. The Medusa is a dual-configuration clock that for its central body has a hand-blown Murano glass shaped like a mature jellyfish. It looks as beautiful when placed on a desk as it looks when mounted on a ceiling. The time is displayed with the help of two rotating rings – one for the hours and the other for the minutes – that are visible through the dome. Mimicking the jellyfish, the Medusa glows in the dark, and the credit goes to Super-LumiNova. This mechanical creature is powered by a movement that lies beneath the time indication and works as its palpitating heart.

Available in three limited editions – coloured in blue, green and pink – of only 50 units, the Medusa comes with 155 component, 23 jewels and 7 days power reserve. It indeed is a beautiful mechanical monster to look at and fall in love with.