Frankfurt Motor Show: Audi E-tron Quattro will do 500kms in one charge 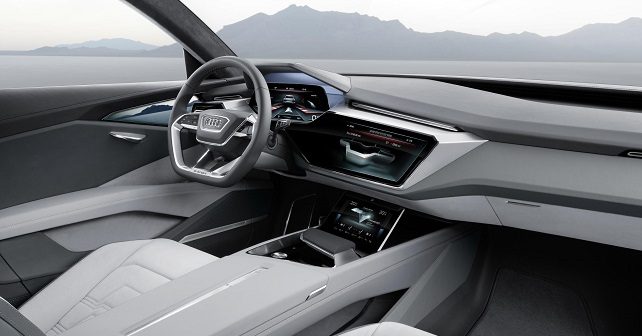 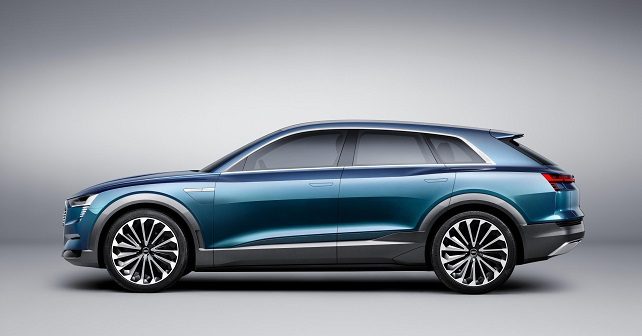 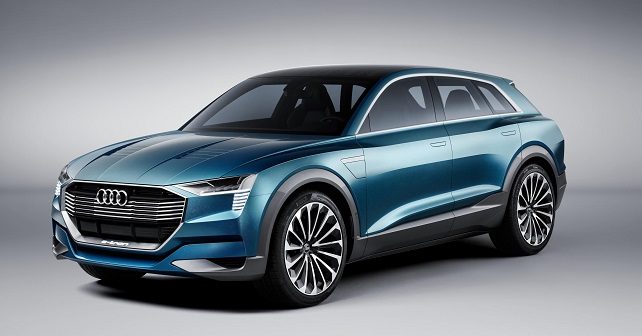 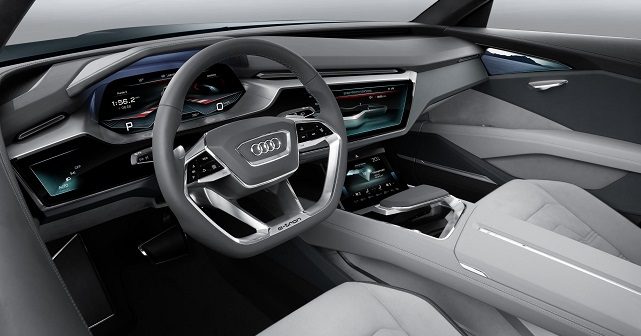 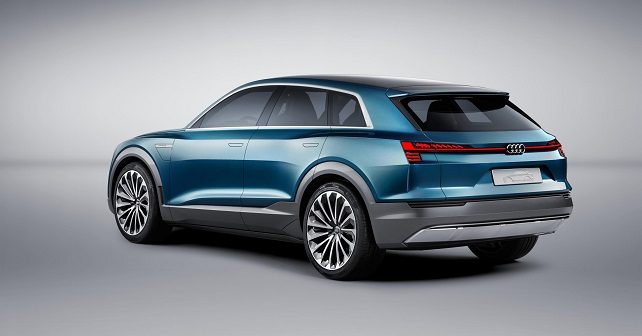 Audi unveiled its all-electric, luxury SUV – E-tron Quattro – at the Frankfurt Motor Show and claimed that on a full charge the car will do 500 kilometres, and will be ready by 2018.

Audi kickstarted the Frankfurt Motor Show by going green. The German carmaker unveiled its E-tron Quattro – its all-electric, luxury-class, sport SUV – which is propelled by three electric motors. One motor at the front and two at the rear work together to produce 429bhp of power which can be boosted up to 496bhp and 800Nm of torque. Being an electric car, it would be exceptionally quick too, the car will reach 100km/h from a standstill in mere 4.6 seconds.

While driving fast on curvy roads, the Torque Control Manager and Torque Vectoring will provide balanced power to all the wheels and provide maximum stability. A drained battery can be charged to the max in just 50 minutes using a 150kW output source. The concept car is also provided with the Audi Wireless Charging technology which helps the car to charge wirelessly by parking it at the induction plate.

With a drag coefficient of just 0.25, the car has been designed to stay stable at high speeds. Once the car crosses the 80km/h mark, the electrically actuated aerodynamic elements on the bonnet, the flanks at the rear end redirect the flow of air to support the car to stay balanced and steady.