The Rise & Evolution Of LED Headlights 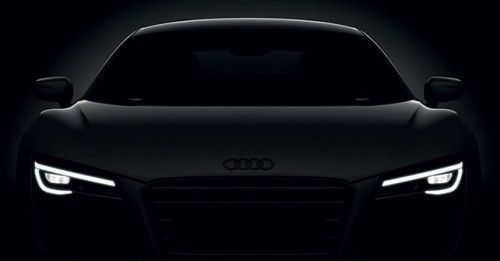 Continuing our series on the latest in headlamp technology, we look at what is perhaps the future of automotive lighting – LED headlights

Needless to say, headlights play a massively important role in driving. Over the years, vehicle headlight technology has taken a quantum leap forward from the years of the gas lamp to the halogen era – slowly being replaced by HID (High Intensity Discharge) lamps, which are simply superb in their illumination and contribute to dramatically increasing the safety levels of nighttime driving.

However, with the ever growing speeds and capabilities of vehicles, the latest technology being developed naturally revolves around Light Emitting Diodes, or, as they’re commonly referred to, LED’s. Since the commercial application of LED’s has been growing increasingly around us, they’ve become very popular in household & commercial applications, as well as flashlights – given the advantages of very low power consumption, reduced size, vastly longer life, and greater illumination compared to conventional bulb-based light sources.

LED lamps have been used in automotive applications for a few years now, but till the recent past their use was limited to applications such as taillights and indicators. The main reason for being used in these applications is the fact that they’re much brighter, not to mention that LED lamps have a faster response time – giving the vehicles following those extra fractions of a second in case of an emergency stop, which can often mean the difference between a close shave and a collision.

Similarly, headlight applications of LED lights have been under development for a few years now, with technology leaders like Audi & BMW at the forefront of its development. There are naturally benefits to using LED headlights in vehicles – for starters, their power consumption in automotive applications is a fraction of what HID or Halogen based headlights consume, thereby assisting with the overall efficiency of the vehicle. Secondly, their temperature (or colour in basic terms) is much closer to daylight – making them far softer on the eyes, while also providing superior illumination. Thirdly, LED headlights are much longer lasting than conventional lamps, and are designed to last the life of the vehicle they’re fitted to.

One of the biggest problems that engineers and automakers struggled with, and still do in fact, is the fact that – due to their extreme brightness – HID headlights can easily blind the driver of an oncoming vehicle if the lights are in high beam mode. This is understandably dangerous, especially when we consider that it’s estimated that about 60% of all road mishaps take place at night – despite the fact that only 20% of total traffic travels at night. But the solution to reduce this problem could be courtesy of systems like Audi’s Matrix LED, which, with the help of a forward facing camera, monitors the road ahead for oncoming vehicles. In case there is an oncoming vehicle, it automatically switches off the high beam of the headlight, but keeps the main beams on – thereby ensuring that there is visibility ahead, and yet the driver of the oncoming vehicle is not blinded. Of course, as soon as the camera detects the oncoming vehicle has passed, it switches the high beam back on automatically.

The other reason for an increased interest in these headlights lies in the fact that an LED headlight is physically much smaller than a conventional headlamp – resulting from the small form factor of the LED clusters that emit the light. This has a double benefit, as not only do engineers require lesser space to affix the lights, but designers too get artistic freedom to created radical headlight designs, as they’re no longer constrained by the design limitations of conventional headlights.

Therefore, considering their ever-increasing advantage over conventional headlight systems, LED’s are increasingly gaining acceptance with automobile companies. Combined with the latest adaptive headlight systems, LED lights produce illumination that was simply not thought possible till a few years ago. Of course, like all new technologies, the entry barrier right now is the high cost of these systems, but as their fitment increases and volumes go up, the prices too will come down. So, in the near future, it’s likely that a large percentage of new vehicles will be fitted with LED lighting systems, which, to be honest, not only look better, but will also increase safety out on the roads.