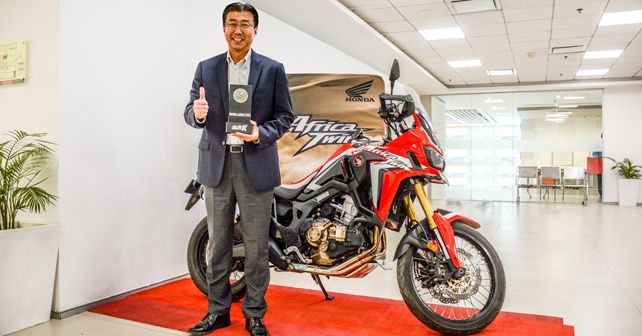 How has the year been for HMSI?

Well, the motorcycle industry is growing, even after a tough year that included demonetisation – and still we expect to grow more. Also, we’ve just launched the Honda Grazia – so we expect to increase our market share. As you may know, our sales target for this current fiscal year is six million units, including exports, which is a one million increase over the last fiscal year. It’s a big challenge for us, but it’s also very exciting for us here in India – which is the biggest two-wheeler market in the world. The good news is that so far we are on target for six million unit sales this year.

Are you surprised at how good the response was for the Africa Twin in India?

We actually expected this kind of a sales situation, because we’ve had great success with the Africa Twin in Europe and Japan over the past couple of years. Unfortunately, it takes time to introduce these kinds of bikes in India because of the CKD route and the preparation required. But, we’re very happy. We’re now preparing to bring in the new Africa Twin, which was showcased in EICMA. But, again, this will take some time. 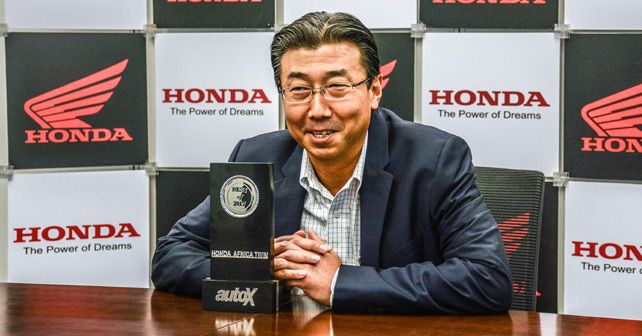 So far, nothing yet, but we’re still studying the market and we will investigate further if there’s an opportunity.

What about the sub 400cc segment, which BMW and TVS are about to tap into?

We have been doing customer surveys to focus on this category and this engine capacity. But, on the other hand, we already have a lot of products on the ground. For this segment we still need to investigate the cost competiveness and pricing further.

And the mid-segment, where you already have the 650F that you recently re-launched?

So far nothing, because we need to concentrate on the commuter segment if we want to achieve our targets. Even if the mid-segment is growing, it’s still very limited and we need to carefully consider if we want to prepare assembly operations as well as marketing and promotional activities for this segment. 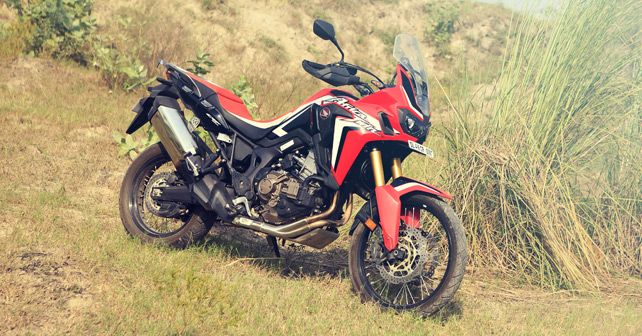 How is the commuter segment changing in India?

In the big cities and semi-urban areas ‘scooterisation’ is growing. The low-end segment of motorcycles is still very strong in the urban areas. In the future, there will be a change – and, of course, customers want to step up to bigger capacity engines like 150cc and 160cc. So, yes, this is an on-going process and we expect more development to happen in future.

What about any plans to introduce a higher capacity scooter?

How has the response been for the Cliq and now the Grazia?

Well, the Honda Cliq is a more affordable scooter that’s focused on the rural customer, while the Grazia is more upscale and gets a lot more new-age features and the latest technology – but the price is almost the same as the Honda Activa 125, so, customers are pretty happy with this new product.

What’s the future of the Activa?

The Activa is amazing. We have a huge customer list thanks to the Activa, and in the future we expect to sell more – but there isn’t really a next step as of yet.

Do you think there’s a change in mentality of two-wheeler riders with regards to safety?

It depends on the area and the road conditions, and it also depends on the police activity. For example, in rural areas many customers don’t wear a helmet, but in big cities customers do think more about safety. We are also pushing for more campaigns and are planning a lot more safety-focused activities. Of course, as a manufacturer we have a responsibility to promote safety initiatives.

What are your plans for next year?

Next year, we think the market situation will be tough – but there is still huge potential in rural areas, and we want to focus on that to satisfy our customer’s demands.