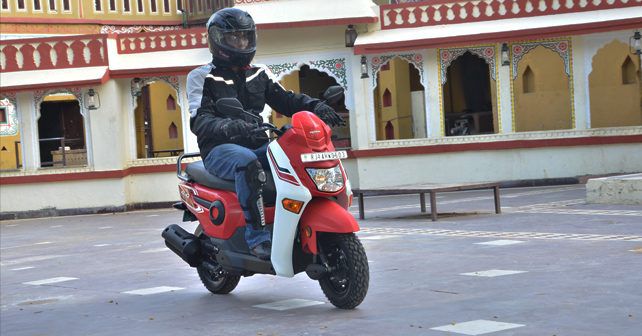 Honda Motorcycle & Scooter India have managed to pull off a coup by launching India's most affordable scooter, the Cliq, priced at Rs 42,499, ex-showroom Delhi. Aiming to dominate both the price-sensitive rural and semi-urban markets, Honda has again pushed the envelope by planning to shake up the entry level two-wheeler segment. So, basically, one can buy a scooter at the price of a 100cc motorcycle.

Honda decided to break traditions by not holding the Honda Cliq media ride at a metropolitan city, rather they took us to experience the real market, Jaipur. Even I was intrigued why Rajasthan, but once we were out for a spin on this new scooter, we met many potential customers asking us about the price, fuel efficiency and when can they book the scooter? That’s when I realised why we were riding this scooter in Jaipur. 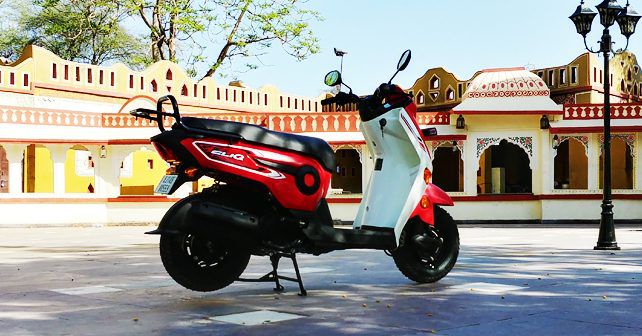 Now we all know that the Activa is the sole reason why Honda has been able to dominate the sales charts and they have managed to rejig the scooter market in India when leading two-wheeler companies were washing their hands off this segment. But what if you could retain the legendary DNA of the Activa and not burn a hole in your pocket? Well according to the Japanese two-wheeler manufacturer, the answer is the Honda Cliq as its based on the Activa and is powered by the Activa’s 8bhp 109.19cc engine.

Honda has gone the quirky way with the Cliq’s design. It might not have the wow factor, but it certainly does manage to stand out in the crowd or rather traffic. The stocky apron houses a big chunky headlamp and the side panels have a unique resemblance to the Navi. The instrument cluster houses a large basic speedometer along with a trip meter and fuel gauge below it. The floor board has just about enough space for your feet and an additional bag. The Honda Cliq also gets storage place underneath the seat, but space is limited as it can only house a half faced helmet and some knick knacks. The new scooter also comes with a 12 Volt power outlet beneath the seat. If you have additional luggage to ferry around the town then have no fear, Honda’s offering a range of optional accessories like a lockable storage box that can be fixed on floor board or one can opt for a traditional rear carrier, which comes with four hooks to handbags. There two things that drew some criticism. First, it would have been very convenient for the rider if the Honda Cliq came with external fuel filling feature which quite common on other scooters. Secondly, the plastic quality and switches are very basic. 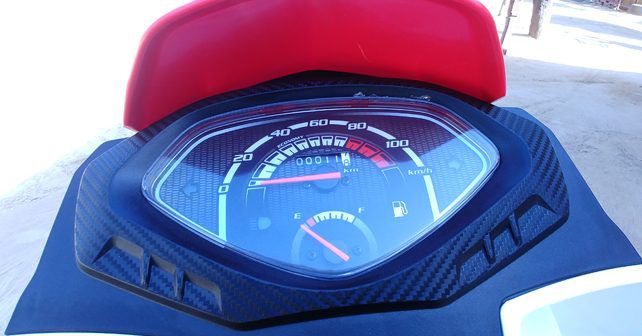 We fired up the engine by pressing the start button and twisted the throttle. To our surprise, the initial pickup wasn’t as zippy as the Navi even though both have the same engine capacity and also have similar power output. But once the Cliq hits the mid range power band, it picks up speed quickly. The scooter did manage to hover around 80kmph, but as it only weighs 102kg, it didn’t feel very stable. The Honda Cliq gets the same 10-inch wheel size like the Activa but it comes with new tubeless block pattern tyres, which provide good grip on and off the tarmac. We also rode the scooter on mild sandy stretches and it managed to remain steady.

Summing it up, Honda has got the pricing spot on and by forking out an additional Rs 500, one has an option to buy the graphics stickered Delux model. The Cliq is powered by a reliable 110cc engine and even though it only has a 3.5-litre petrol tank, the company claims it's mileage will be in the region of 60kmpl. It is also equipped with Combi Brake System, which proportionately distributes the braking force between the front and rear wheels simultaneously when the left rear brake lever is pressed. Honda has done another smart thing by lowering the seat height to 743mm, this makes the Honda Cliq an ideal scooter to ride for both men and women. The Cliq is available in four colours – Patriotic Red with White, Black, Moroccan Blue with White and Orcus Grey. So will the Honda Cliq manage to create a revolution in the entry two-wheelers segment? Only time will tell.

Also read: Honda Cliq: Everything you need to know