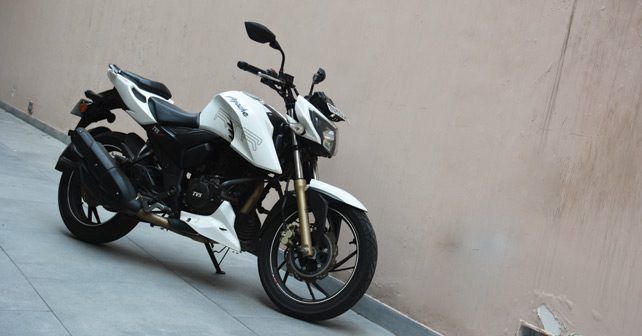 Indian bike manufacturers, over the last two years, have finally been coming out with sporty bikes over 150cc. While the Indian market does remain to be a massive commuter market, the newer generation of customers is now demanding higher capacity, better performing and better looking bikes. The Pulsar and the Duke have dominated the 200cc segment for a while, and Honda also tried to get in on a piece of the action with the Honda CBR250R. The newest entrant into the 200cc segment though comes from TVS, and when we tested the new Apache RTR 200 at the TVS Hosur test track back in January we were very impressed with the machine.

With a nice new design, and a slight improvement in quality, the Apache 200 RTR is a good contender for the 200cc space. We have just added the Apache to our long-term fleet and so we can now get a real good idea of how the Apache performs on the road in every-day conditions. 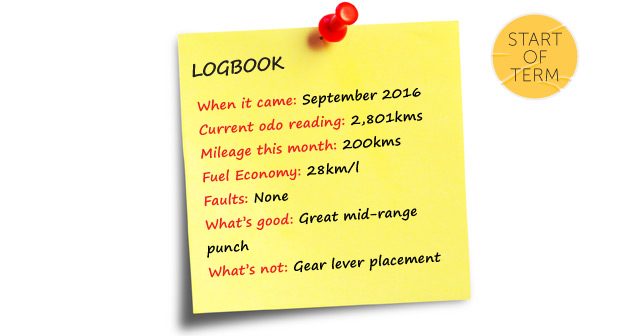 The new Apache borrows a lot of its current design from the older Apache models, but it’s gotten more aggressive aesthetically. A bigger fuel tank with new suspension setup and nice clip-on handlebars definitely make the Apache look like a proper street-fighter, and when you get on the bike it also feels like one.

The overall quality of components used is quite nice, however the rear-view mirrors seem to always come loose, which I find very irritating. But, when it comes to riding dynamics and the new 200cc engine, the Apache begins to shine. The new engine performs really well, and although it doesn’t provide you with the most immediate power delivery, it’s the mid-range power that really puts a smile on your face. When riding in the city the bike performs very well. Coming off the line, the Apache takes its time to get going but once you are in second gear and up in the revs, the bike picks up speed remarkably well, and even when you move the needle past 80 the power delivery continues to kick in and push you faster and faster. We have got the carbureted engine variant, so the throttle response isn’t the most immediate, but it still performs admirably.

The best thing though is that the bike handles like a dream. It is compact and light and it goes into turns very well and you can easily maneuver through traffic without a fuss. The suspension setup is on the stiff side but its fine to take you over adulations on the road comfortably. The seat is also very nice and so is the riding position. However, the gear lever seems to be placed in a rather odd position, because I need to really move my foot up high to switch gears. Even after riding for over 200kms I still haven’t gotten the hang of it and it feels like I am putting in a lot of effort to switch through gears.

So far though I have been having fun with the Apache in the city, and I do think the overall riding dynamics are better than the Pulsar and the Duke.