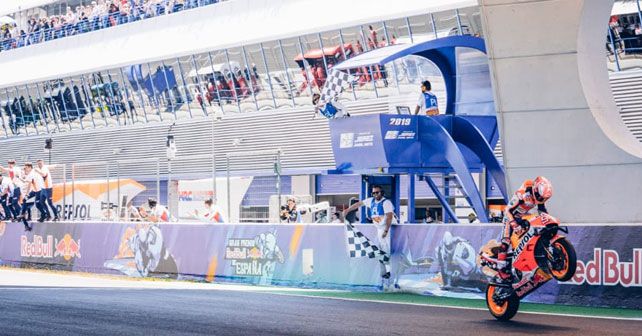 After a DNF in America, Marquez stamps authority with a ruthless win in Spain.

After crashing out of the lead in the US Grand Prix, Marc Marquez bounced back to take a stunning victory in the first European round of 2019 season at Jerez, Spain. The Repsol Honda rider got off to a lightning start from third on the grid and led the race from lights-to-flag. Joining him on the podium were Suzuki's Alex Rins in second and Monster Yamaha's Maverick Vinales in third.

Although Marquez looked dominant the whole weekend, the qualifying session was full of surprises, as Petronas Yamaha locked the front two spots on the grid, ahead of Marquez and other favourites like Ducati's Danilo Petrucci and Andrea Dovizioso. The man who got the job done for Petronas team in qualifying was rookie Fabio Quartoraro, who grabbed his maiden pole-position. And in doing so, Quartoraro also became the youngest pole-sitter in MotoGP, dethroning Marquez. Alongside him was teammate Franco Morbidelli who took the second spot.

In the race, things were looking good for the Petronas riders initially. Sure, Marquez took the lead in the opening lap, but Morbidelli stuck behind him in second, while Quartoraro was third. Vinales had a good start since time immemorial, and he was running fourth. However, as the race went on, Marquez upped the pace as usual and started building a gap over others. Morbidelli started suffering a bit, which resulted in him losing the second spot to his teammate. Vinales was running fourth, but he was being chased by Rins, who was now in fifth despite starting from ninth. Behind them were factory Ducatis.

In the second half of the race though, Quartoraro suffered a mechanical issue related to his bike's gearbox and was forced to retire in a heart-breaking manner. Behind him Morbidelli was losing his rhythm, and as a result Rins and Vinales both left him behind. Soon even Dovizioso and Petrucci overtook him. A late charge by Monster Yamaha's Valentino Rossi also allowed him to get past the Petronas Yamaha rider.

In the end, it was Marquez who took the chequreed flag to take his second win of the season, as well as the championship lead. Dovizioso had to settle for fourth behind Rins and Vinales, while Petrucci was fifth. Rossi came home in sixth, ahead of Morbidelli. The eighth and ninth positions were taken by LCR Honda's Cal Crutchlow and Takaaki Nakagami. Honda's test rider Stefan Bradl rounded out the top 10. 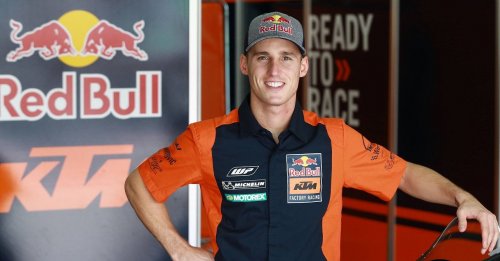