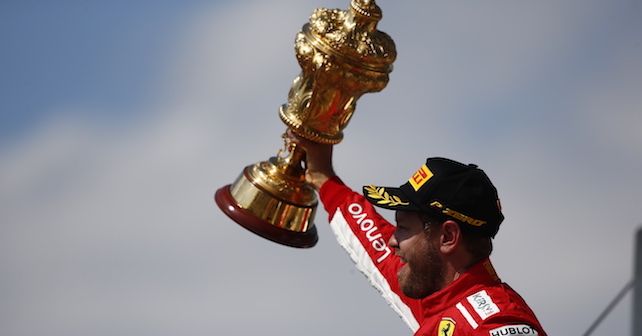 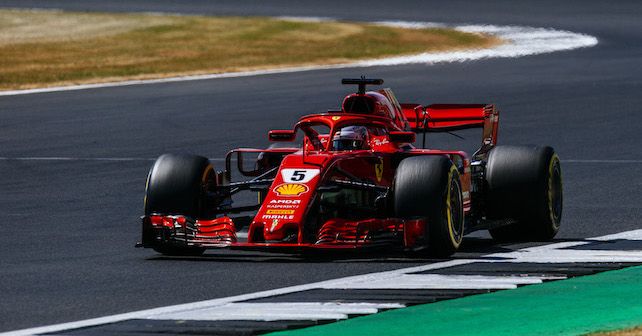 Capitalizing on a slow start by Lewis Hamilton Vettel charged into the lead. (PHOTO: Ferrari) 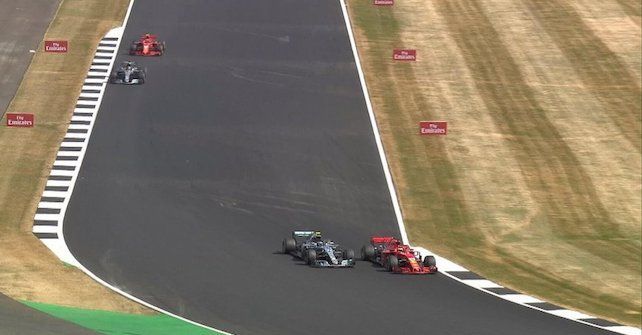 A forceful pass on Valtteri Bottas five laps from the end sealed the win for Vettel. (PHOTO: Formula 1 Twitter)

Vettel's Ferrari shot into the lead of the race after Hamilton had a slow start in his Mercedes AMG F1 and even lost second place to his teammate Valtteri Bottas. His sluggish start even put him under threat from Raikkonen who tried to stick his Ferrari down the inside of Hamilton on a right-hand corner but his left-front tyre made contact with the reigning world champion's right reat tyre.

The collision sent Hamilton into a spin and down the order as low as 17th out of the 20 drivers while Raikkonen was handed a 10-second penalty by the FIA stewards, which he took in the form of an extra pit stop.

Vettel, meanwhile, tried to open up a gap to Bottas as the pair duked it out, mindful of the track temperatures at the 18-turn, 5.891km Silverstone Circuit that were touching 50 degrees centigrade.

The German at one point was six seconds ahead of Bottas and it was enough to keep him ahead of the Finn when they both made their first tyre stop around lap 20 of the 52-lap race.

Hamilton had charged through the field by that point and had risen into the top three before making a tyre stop on lap 26, which would be his sole stop for the race and tried to set about chasing after the leaders.

The complexion of the race changed on lap 33, however as Alfa Romeo Sauber F1's Marcus Ericsson had a huge crash as he went wide in the right-handed first corner. That prompted a safety car coming out on track and Vettel immediately dived into the pits to change his tyres as did Raikkonen and the Red Bull-Renault drivers Max Verstappen and Daniel Ricciardo.

Neither Hamilton (as he didn't need to) or Bottas opted to change their tyres and as the race got underway again Vettel immediately set off after him while Raikkonen and Verstappen had an almighty scrap for fourth place on lap 38.

On lap 39, though, Haas-Ferrari's Romain Grosjean and Renault F1's Carlos Sainz made contact through the very fast Copse corner in a manner that was similar to Raikkonen's contact with Hamilton on the opening lap.

Both drivers spun-off, which yet again prompted the safety car to come out and corrall the field before the race got under way again on lap 42.

Raikkonen regained fourth place from Verstappen to set off after Hamilton, leading to the sight of both Ferraris hunting down the Mercedes drivers.

After a couple of spirited attempts, Vettel forcefully made his way past Bottas with just five laps left in the race going into a left-hand corner as the Finn had no little life left in his tyres. Mercedes quickly instructed him to let Hamilton past and three laps from the end, Raikkonen also charged past the hapless Bottas to take third place.