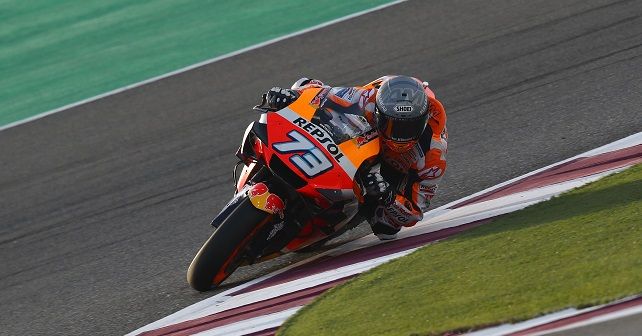 The 2020 MotoGP may or may not kick off in the coming few weeks – thanks to the COVID-19 outbreak – but this doesn’t mean there won’t be any racing action. You see, until the actual racing starts, MotoGP has decided to run its virtual Grand Prix series online with leading MotoGP riders. The first #StayatHomeGP was concluded today with Alex Marquez taking the chequered flag ahead of Francesco Bagnaia. Maverick Vinales finished the race in third.

The virtual race saw participation from 10 MotoGP riders, and the circuit chosen for the race was none other than the Mugello circuit in Italy. In addition to the podium finishers, the grid included Marc Marquez, Fabio Quartararo, Alex Rins, Aleix Espargaro, Joan Mir, Iken Lecuona, and Miguel Oliveira.

Prior to the six-lap race, there was a five-minute qualifying session. SRT Yamaha’s Quartararo bagged pole position, ahead of Pramac Ducati rider Bagnaia and factory Yamaha’s Vinales. Repsol Honda’s rookie rider A.Marquez was fourth, while his brother and reigning world champion (of the real world), Marc Marquez was in fifth.

The race began with Quartararo crashing in the very first corner and sweeping Vinales along. This resulted in Bagnaia and A.Marquez lead the pack, with M.Marquez following suit in third. The fight at the front was quite interesting with Bagnaia and A.Marquez trading places multiple times. However, A.Marquez came out triumphant of the two in the end – by over 7 seconds – as Bagnaia crashed. However, unlike real races where crashes mean retirement, the world of online racing allows riders to get back up again and continue racing. As a result, despite a crash, Bagnaia finished in second.

In third place, it was Vinales, who despite crashing, got the better of M.Marquez. Not only Vinales, but even Quartararo recovered from multiple crashes to pass the world champ and finish in fourth. M.Marquez finished the race in the fifth position and only crashed once.

Suzuki riders Rins and Mir finished in sixth and seventh, respectively. They were followed by Tech3 KTM's Oliveira in eighth and Lecuona in ninth. Aprilia’s Espargaro finished dead last in tenth, but we are sure that he won’t get bogged down in this.

The race was pretty entertaining, if not outright exciting. In fact, nothing can be as exciting as motorcycles racing at over 300km/h in the real world. However, it was good fun to watch. MotoGP is expected to run more of such virtual GPs in the coming weeks, since the coronavirus crisis isn't expected to slow down anytime soon.