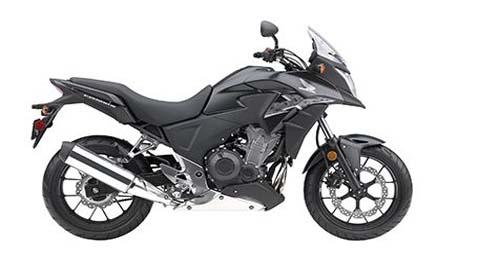 Honda CB500X is not launched in India yet. Information on this page is tentative.

Honda took the wraps of its latest adventure motorcycle, the CB500X at the 2012 EICMA show in Milan, Italy. The CB500X boasts a typical adventure design with an extended beak, vertical windscreen and a cut-down body. It also gets a full-LED headlamp and a digital cluster for the instrumentation.

The CB500X will be powered by a 500cc twin-cylinder mill that also propels in other Honda motorcycles sold outside the country. The engine will be mated to a six-speed manual transmission and it is capable of churning out 47bhp and 43Nm of torque.

Honda is gearing up to introduce the CB500X in the Indian market by the end of the year. We expect Honda to price the small adventure bike in the vicinity of Rs.5 lakh. At the said price, it will compete against the Benelli TRK 502 and Kawasaki Versys X-300.