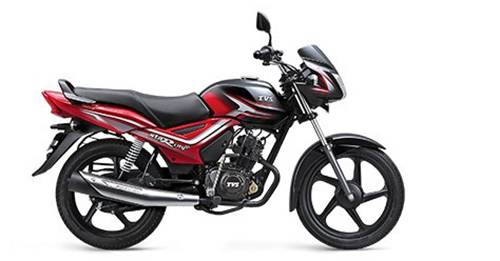 The TVS Star City Plus Mileage is 86 kilometers per litre.

The TVS Star City Plus comes powered by a 109.7cc single-cylinder air-cooled motor, which churns out 8.08bhp and 8.7Nm of torque. The power is sent to the rear wheel via a four-speed manual transmission. On the economy front, the TVS Star City Plus mileage is said to be around 85km/l.

The TVS Star City Plus new model does feature synchronized braking technology (SBT) – also known as a combined braking system – as part of the safety equipment. In terms of electricals, the headlamp now comes powered with LEDs while the taillamp gets the conventional halogen treatment. The instrument cluster is a classic analogue unit for the speedometer, which, then, is accompanied by a digital screen that displays the odometer and fuel gauge.

TVS Star City Plus Price in Near By Cities