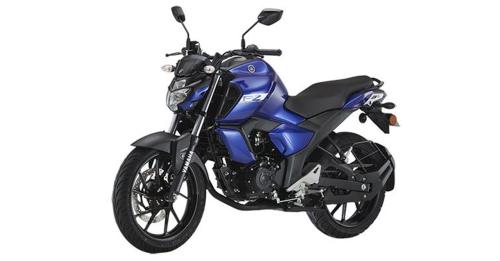 The Yamaha FZ FI Mileage is 45 kilometers per litre.

The quintessential sporty commuter, the Yamaha FZ FI, is the bike that comes to mind when thinking of a 150cc commuter in India. The FZ FI brought Yamaha back to life as an automaker in India and took it to the epitome of its competition. Thanks to Yamaha being one of the automakers responsible for fuel injection in India, especially when most of the competition was still using carburettors. For 2021, the commuter has received updates for BS6 emission norms along with its sibling, the FZ-S. However, is the FZ FI still the pioneer in India when it comes to sporty commuters in the 150cc category? Read on for more information.

From its first iteration, the Yamaha FZ FI killed in the looks department. Keeping up with what made it desirable, the FZ FI features a beefy look, with a muscular tank and shrouds paired with a significantly wide, 140mm rear tyre. The bike gets plastic components all over, including a belly pan. The new two-step seat gives the bike a sleek look and the rider and pillion significant space to move about. Dimensions of the Yamaha FZ FI are 1990mm in length, 790mm in width, and 1080mm in height. The latest iteration of the FZ is also lighter than its predecessor, coming in at 137kgs.

The FZ FI shares its underpinnings with the FZ-S. It gets a 149cc single-cylinder engine putting down 12.3bhp of power and 13.3Nm of peak torque. Yamaha hasn't tuned this engine for top-end fun or satisfying highway runs. However, the bike does its commuter duties well. The engine is refined for city riding and is supported by a nimble 5-speed manual transmission. Its 13-litre fuel tank claims a mileage of 45kmpl.

The Yamaha FZ FI misses out on most features that its sibling, the FZ-S does get, such as Bluetooth connectivity. However, the FZ FI does get an LED headlight and a negative LCD display with a fuel gauge and other necessary information.

The Yamaha FZ FI gets a single variant and two colours. The BS-VI (2021) variant, priced at ₹1.03 lakhs (Ex-Showroom) gets a Racing Blue and a Metallic Black colour scheme. Check out the Yamaha FZ FI's on-road price, cost breakup, and further details in autoX's price section.

Powering the new FZ-FI & FZS-FI is the 149cc single-cylinder air-cooled Blue Core motor that features a slightly different compression ration of 9.6:1. The emissions upgrade has resulted in reduced....

What is the price of Yamaha FZ FI ?

The ex-showroom price of Yamaha FZ FI is 1.1 Lakh. Check On Road Price of FZ FI .

When did Yamaha introduce the FZ FI in India?

In its current form, the Yamaha FZ FI was introduced in 2020.

How many variants of the Yamaha FZ FI are currently on sale?

The Yamaha FZ FI is currently available in 1 variant.

Yamaha FZ FI Price in Near By Cities