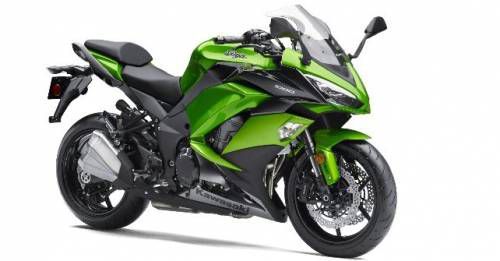 Available at an attractive price of Rs 9.98 lakhs (ex-showroom)

Once every few years, Kawasaki goes on a bike launching spree. So far this year, apart from all the BS IV models, they have brought in the 2017 iterations of the Z650, Ninja 650 and the Z900. Today, they added another one to this list with the launch of the 2017 Ninja 1000. Launched at an attractive priced of Rs 9.98 lakhs (ex-showroom Delhi), bookings of the Ninja 1000 have now commenced. Interestingly, the Japanese bike maker has brought the Ninja 1000 to Indian shores via the Semi-knocked down (SKD) route, which has allowed them to price it so aggressively.

At the heart, the Ninja 1000 gets the same 1,043cc inline four-cylinder engine from its predecessor but this engine is now BS IV compliant. The Ninja 1000 pulls out 140bhp and 111Nm from this motor. Although the engine is the same as the outgoing model, Kawasaki says it has been fitted with a secondary balancer to reduce vibrations. The Kawasaki Ninja 1000 has been paired with a 6-speed gearbox. Additionally, Kawasaki has also comes with electronic aids like ABS, traction control, wheelie control and more.

Aside from these mechanical changes, the Kawasaki Ninja 1000 also gets some cosmetic updates. It comes fitted with a 3-way adjustable windscreen, LED headlamps that Kawasaki claims consume 50 percent less power than before, adjustable clutch lever, and a new seat. The pillion seat now has better cushioning and the mirrors now extend 20mm wider than before.

At Rs 9.98 lakhs, the Ninja 1000 should be quite a capable machine for those who love to go riding into the sunset. If you are planning to buy one, we recommend you go ahead and book it at the earliest as only 20 units of the motorcycle have been allocated for India.

Aside from the Ninja 1000, Kawasaki also announced the launch of the Z900 without accessories - and it is priced at Rs 7.68 lakh (ex-showroom). Just a few months back Kawasaki had launched the Z800 replacement with accessories at Rs 9 lakh.