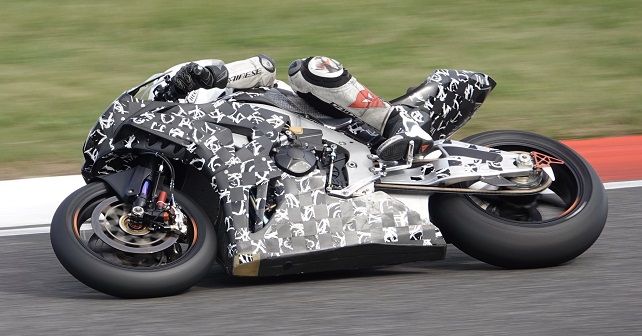 Lo and behold, the eagerly anticipated 2020 Honda CBR1000RR Fireblade has been caught testing for the first time. The new 'Blade is expected to make its world debut at EICMA 2019 in November.

By now, everyone knows that Honda is working on a brand-new version of its revered sports bike, the CBR1000RR, or the Fireblade as it is popularly known among the masses. Unlike its previous iterations though, the new Fireblade is expected to be a much more serious package. There are two reasons for this – first, the likes of the Ducati Panigale V4 and BMW S1000RR have moved the litre-class game forward with their cutting-edge tech and performance, and second, Honda plans to go all guns blazing in the World Superbike Championship from 2020. In fact, they’ve already poached Alvaro Bautista from Ducati for the job, and next year he’ll be riding the all-new Fireblade in the series. All of this means that the new Fireblade has to be a cracker of a bike, for there’s a lot at stake here! 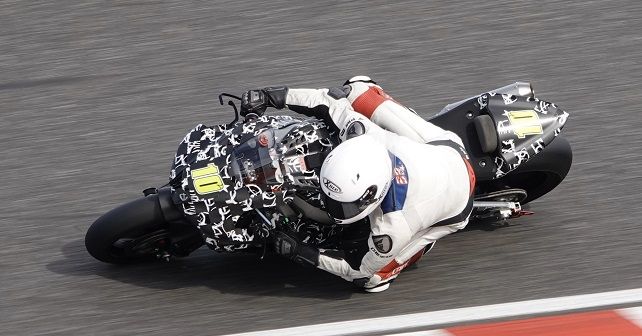 Now, the first spy pictures of the CBR1000RR have emerged - direct from the Suzuka circuit where HRC (Honda Racing Corporation) was apparently testing the new motorcycle. From what we can gather, it definitely is turning out to be a proper tool for the job. As can be seen in the pictures, the twin-spar frame is similar to the current model, but there will be some modifications, obviously. The exciting thing is, it gets active aero wings for greater downforce, while it’s reportedly going to feature the super sophisticated Showa SFF-BP forks at the front. As can be seen in the pictures, the bike features high-spec Brembo GP series brake calipers, which are only used for racing and are quite expensive for road bikes. This suggests that either this is a race-prepped machine or there’ll be a high-end racing spec version for buyers as well. Anyway, we’ll come to know about it soon.

The engine is expected to be all-new but will continue to feature an inline-4 arrangement, instead of a V4 pattern that was rumoured initially. Power output should be in excess of 200bhp, which has become a norm for these machines these days.

Honda is expected to reveal the bike at the upcoming EICMA 2019 in Milan in November. It looks quite promising, we’ve to say, so let’s wait and see how good can the new Fireblade get…