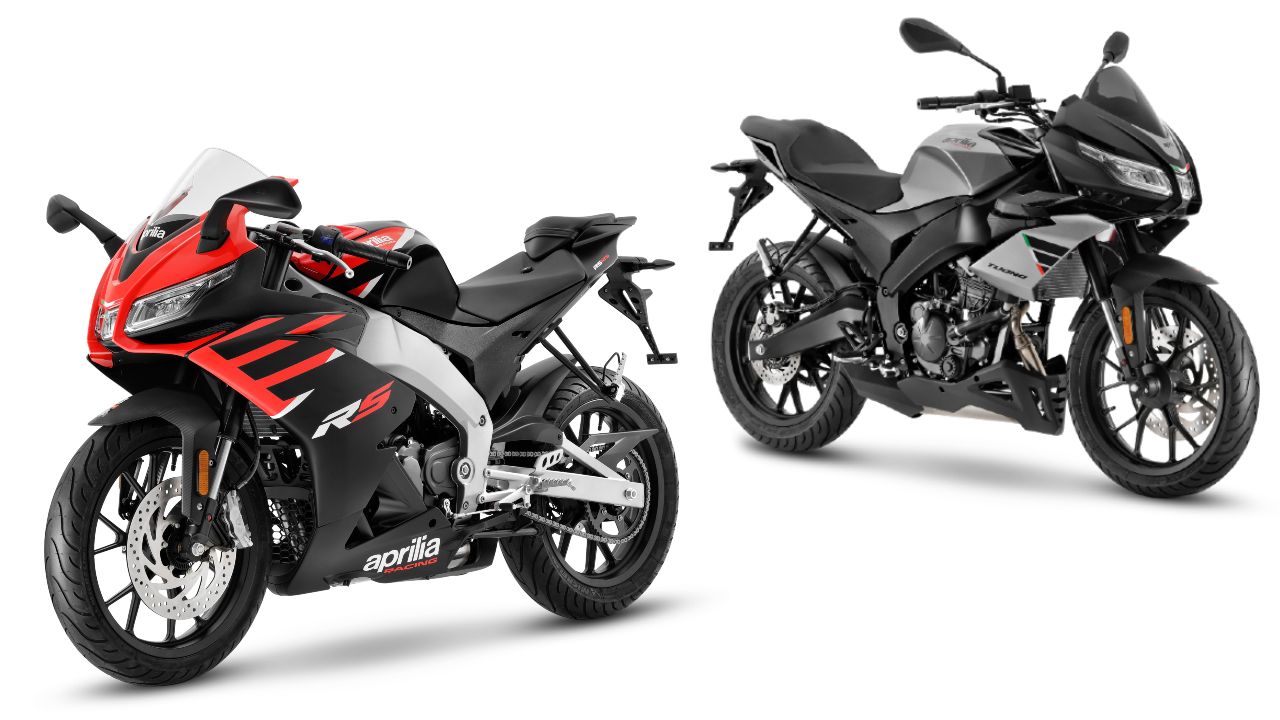 The youngest members of the RS and the Tuono vertical from Aprilia have been unveiled. The motorcycles sport substantial changes for the 2021 model year and bring along more oomph and tech

Last week, the pictures and videos of the 2021 Aprilia RS 125 and Tuono surfaced on the internet that gave us an idea of what to expect from the Italian manufacturer. This time around, Aprilia has taken the wraps off both the 125cc motorcycles, the RS 125 and Tuono 125. The RS 125 is the entry-level supersport in the Aprilia family that sports design cue and elements that of the bigger 2021 RSV4 1100. The Tuono 125, on the flip side, is the entry-level 125cc motorcycle in the sport-touring Tuono family. Both the RS and Tuono share the same chassis, engine and electronic package, however, the Tuono gets a more relaxed riding posture that is more touring friendly, whereas the RS 125 gets a more committed rider’s triangle, essentially for track purposes. 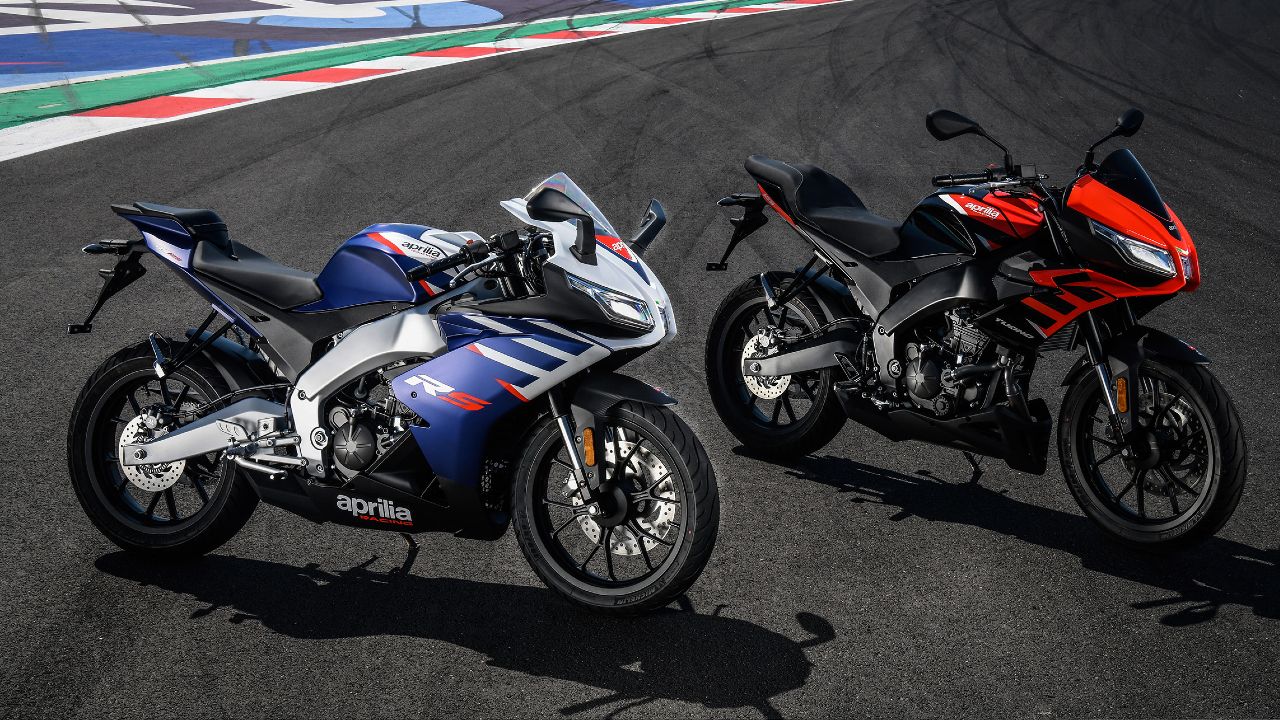 To begin with what’s new. The RS 125 and the Tuono 125 follow the family design that is observed on the RS 660 and the Tuono 660 respectively. The 2021 Tuono 125 has the handlebar set higher by 18mm to offer a less crouched riding position for the rider. The seat height on the Tuono is 810mm while the RS 125 has a higher seat height of 820mm. The motorcycles weigh 144kgs and get a 14.5-litre fuel tank. There is a storage compartment designed to fit in an 8-inch tablet under the seat and the motorcycles come with an option of an under-seat USB charging port. Now that the design bit is out of the way, let's focus on the electronics and the mechanicals that are new in the 2021 Aprilia RS 125 and Tuono 125. 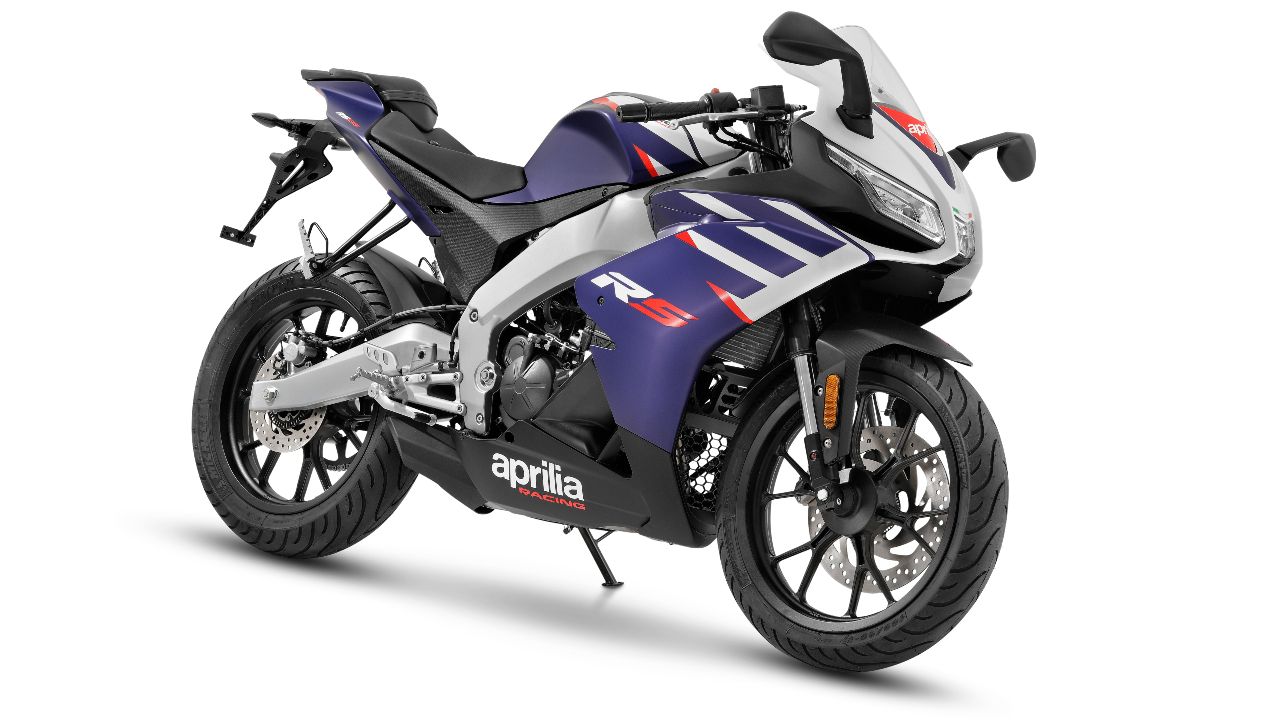 The 125cc four-valve, single-cylinder, liquid-cooled engine is all-new for the 2021 model year (MY21). The engine is Euro 5 (BS6) compliant, courtesy of a newly designed exhaust system. Also redesigned engine internals, improved valve timings, new engine head design with the restructured combustion chamber, and reworked ports help this new engine run cleaner. The air intake manifold has been rethought out as well, and the throttle body sits at a higher position than before, which offers a more direct airflow into the engine. All the engine operation is taken care by an all-new Marelli MIUG4 ECU. 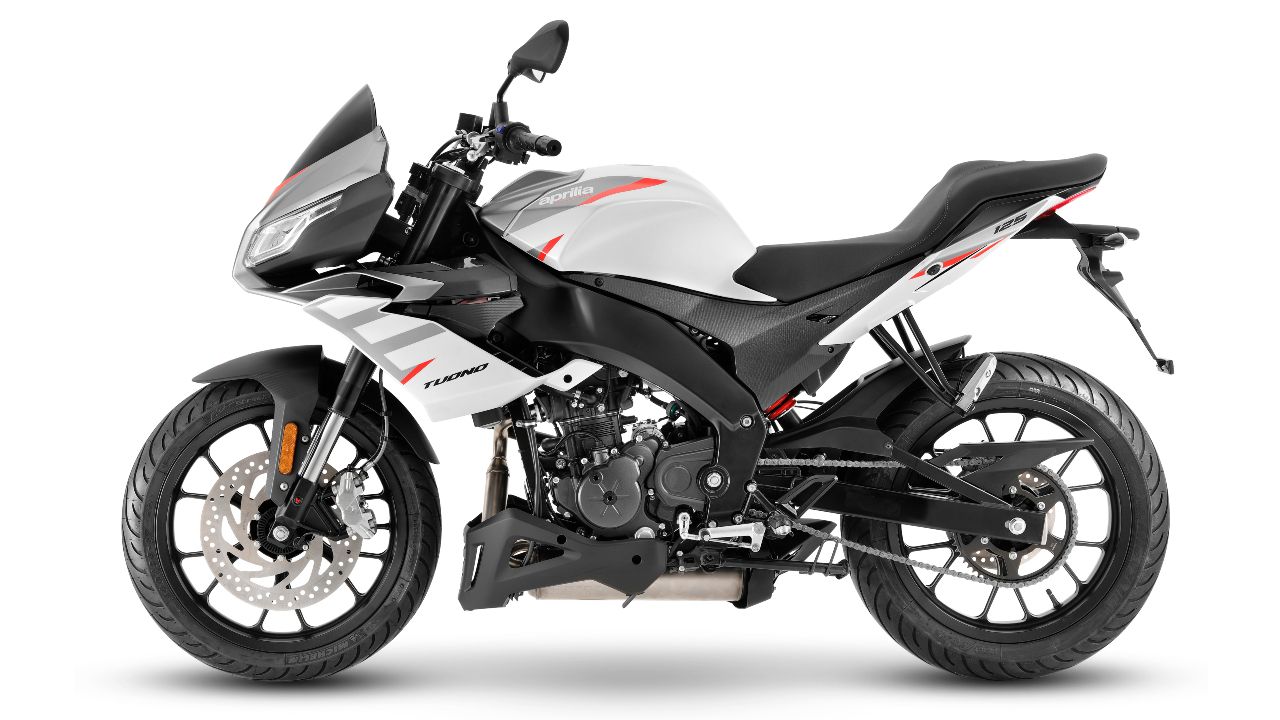 This substantial redesigning of the power plant has favoured the torque and power curve. Aprilia claims that both the 125cc twins have a flat torque cover and the peak power – 15bhp same as before at 10,750rpm – is achieved early in the rev band. While the gearbox is the older unit carried forward, the chaps at Aprilia have tweaked the final-drive ratio and both the motorcycles get a 58-teeth (driven) sprocket. That makes it a wheelie monster on paper (at least) and with no electronics to govern the fun, this 125cc could be fun little machines! And did we mention that there is an optional two-way quick shifter too? 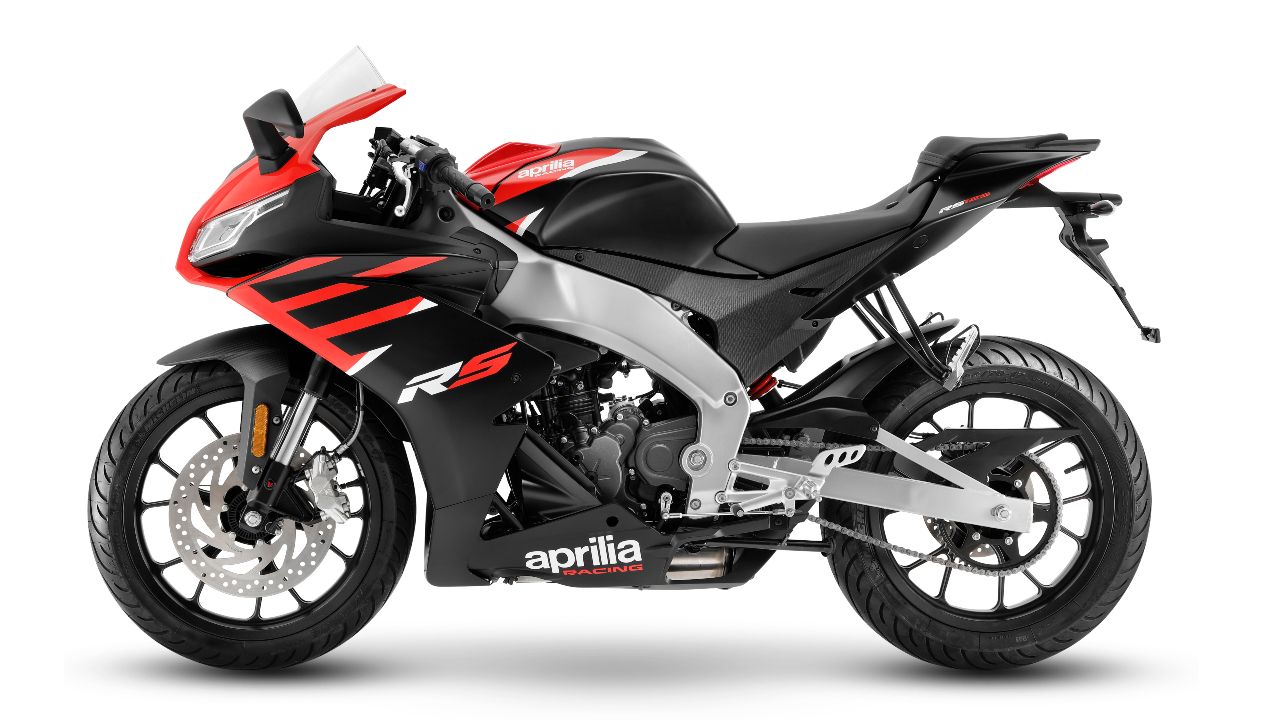 Along with the new engine, the motorcycles get a 300mm brake rotor up front and a 218mm rotor at the back. The front brake calliper is radially mounted and the braking system is upgraded to steel braided brake lines. There is a dual-channel ABS by Bosch on offer, along with a tip-over system which means rear-wheel-lift control. For stability, the rear tyre has a wider footprint of 140mm section. The wheel sizes on either end are 100/80-R17 front, and 140/70-R17 and its Michelin that supplies the tyres. The swingarm exhibits a unique asymmetric design that was observed only on higher capacity premium motorcycles. 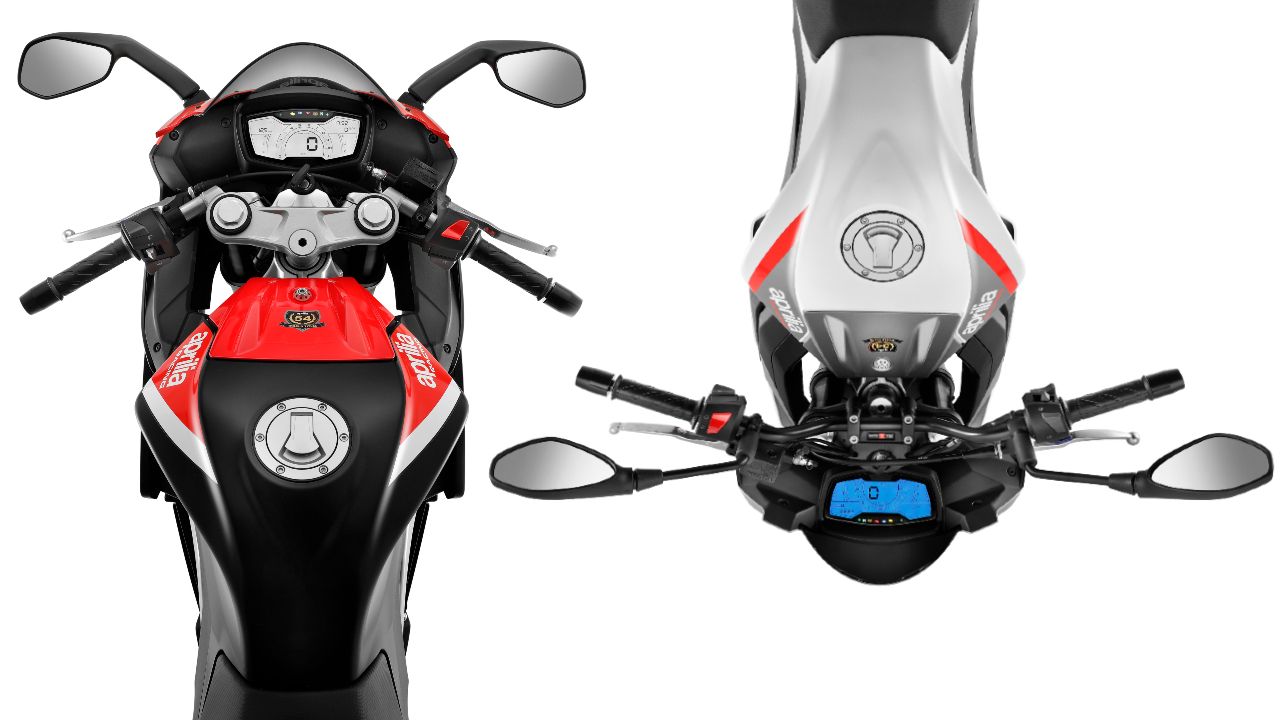 Moving to the features bit. Both the motorcycles come equipped with LED headlamp assembly, along with LED turn indicators and taillamp assembly. The instrument cluster is all-digital and comes with the option to switch the backlight colour from white to blue colour. The digital cluster is equipped with the Aprilia MIA multimedia platform that syncs with a smartphone via Bluetooth. 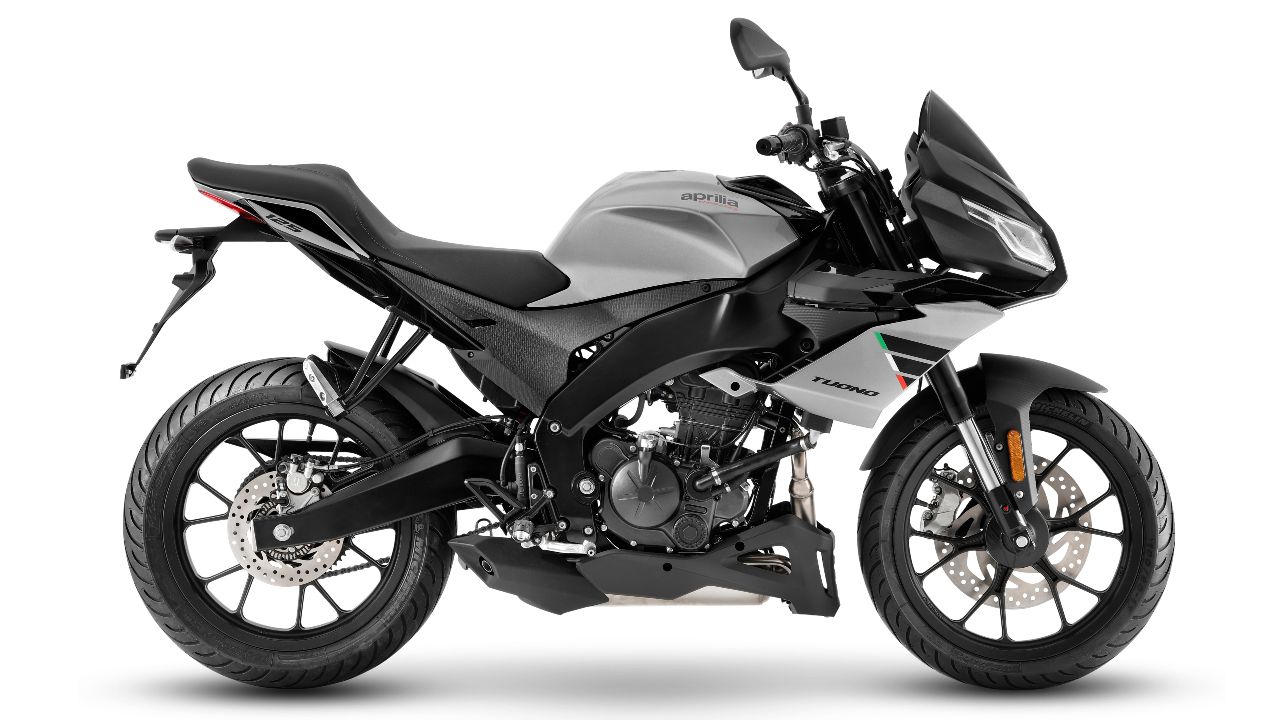 Recently, Aprilia launched the SXR 125 scooter in India and the company has also listed its range of 2021 superbikes on its official website, which hints at an India launch soon. Currently, Aprilia sells two motorcycles in India that essentially are the elder sibling of the RS 125 and Tuono 125, the RS 660 and the Tuono 660. Will Aprilia consider the RS 125 and the Tuono 125 for the Indian market? Highly unlikely, however, the international launch is expected in the coming months.