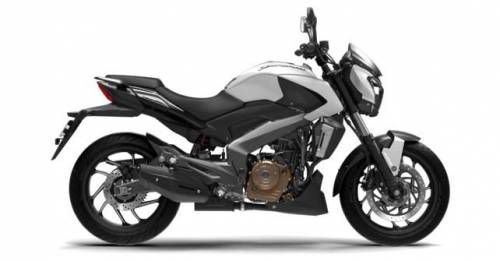 Customer deliveries of the flagship Bajaj Dominar 400 begin in 22 cities.

Here’s a good piece of news for those of you who're waiting impatiently for the Bajaj Dominar 400. The customer deliveries for Bajaj’s flagship motorcycle have finally begun, starting January 10, 2017 across 22 major cities.

As per Bajaj, the customer response for its latest offering has been “unprecedented”. And while the manufacturer hasn’t divulged the exact number of bookings for the Dominar 400 so far, it says the January production was booked out within 14 days of the launch. Bookings are now open for deliveries in February - albeit you can only do that online on the Dominar 400’s official webpage. The booking amount is Rs 9,000.

Commenting on the development, Eric Vas, President (Motorcycle Sales), Bajaj Auto, said “We are delighted with the overwhelming positive response we have received for the Bajaja Dominar 400 from the 22 cities where we had commenced online bookings. We have received numerous inquiries from other towns as well. We are upgrading the sales and service capabilities of dealers in other towns and they will be progressively be appointed for Dominar. The booking in the new centres will also be through website and delivery would be on a first come first served basis."

The Dominar 400 was launched in December 2016 carrying an impressive price tag of Rs 1.36 lakh and Rs 1.50 lakh (ABS) – both prices are ex-showroom, New Delhi. The motorcycle is powered by a 373cc single-cylinder triple spark engine that develops 34.5bhp @8,000rpm and 35Nm of peak torque at 6,500rpm. Power is transmitted to the rear wheel via a 6-speed gearbox. The Dominar 400 also comes with a slipper clutch.

Also read - Bajaj Dominar 400: All you need to know