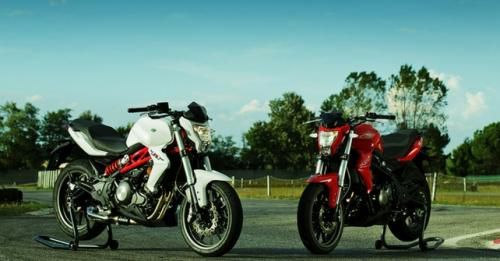 The inclusion of ABS has made the TNT 300 dearer by Rs. 21,000. The non-ABS version of the motorcycle has been discontinued.

DSK Benelli has introduced the Anti-lock Braking System (ABS) equipped version of its quarter litre street fighter - the TNT 300. This makes it the third motorcycle in DSK Benelli’s Indian lineup to feature ABS - after TNT 600i and 302R.

Other than the inclusion of ABS, the TNT 300 remains exactly the same. The dual petal discs up front, and a single petal disc at the rear perform braking duties on the motorcycle. At the heart of this Chinese-Italian bike lies a 300cc parallel twin motor capable of producing 38.2bhp, and 26.5Nm of torque, and comes mated to a 6-speed gearbox. The TNT 300’s exposed trellis frame remains its unique design element as well.

Benelli launched the 302R in India a few months back, which gets ABS as standard. Since the TNT 300 is mechanically quite identical to the 302R, equipping the former with ABS was an easy fix for DSK Benelli.

Also, with ABS becoming mandatory on two-wheelers with a displacement of 125cc or above in India from April 2018, expect a lot more ABS equipped models sailing into the market pretty soon.

The Benelli TNT 300 ABS is already available for purchase at all DSK Benelli showrooms across the country. It is priced at Rs. 3.29 lakh - ex showroom, pan-India.