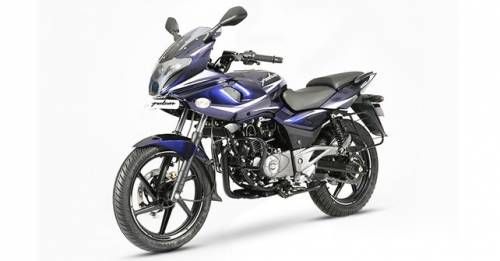 Only recently Bajaj teased the updated Pulsar range for the year 2017, but now the company seems to have silently put the refreshed Pulsar 220F on sale. The new Pulsar 220F is priced at Rs 91,201 (ex-showroom, New Delhi). Updates include some minor cosmetic changes, and more importantly, it’s now BSIV compliant.

Following the government’s directive to make BSIV mandatory for motorcycles from April 2017, the oil-cooled 220cc single-cylinder mill of the Pulsar 220F has been tweaked to meet the stricter norms. However, despite that, the power and torque output remain unchanged at 20.76bhp and 19.12Nm, respectively. The engine is mated to a 5-speed gearbox.

Other than that, there is nothing much to write home about. Visually, the motorcycle remains largely unchanged, although the exhaust now gets matte black treatment. The part digital part analogue instrument cluster is same as earlier, but it now comes with blue backlit instead of amber. Among other highlights, the 220F continues to come with projector headlamp, front and rear disc brakes, clip-on handle bar, electric start, engine-kill switch and self-cancelling indicators.

Next up, Bajaj is expected to launch the updated versions of the rest of the Pulsar range including the 135NS, 150 and 180. However, like the new 220F, all these models are expected to get similar kind of updates.

If you’re expecting an all-new Bajaj model, though, you may want to turn your attention towards the Bajaj Dominar 400, which is launching on December 15, 2016.