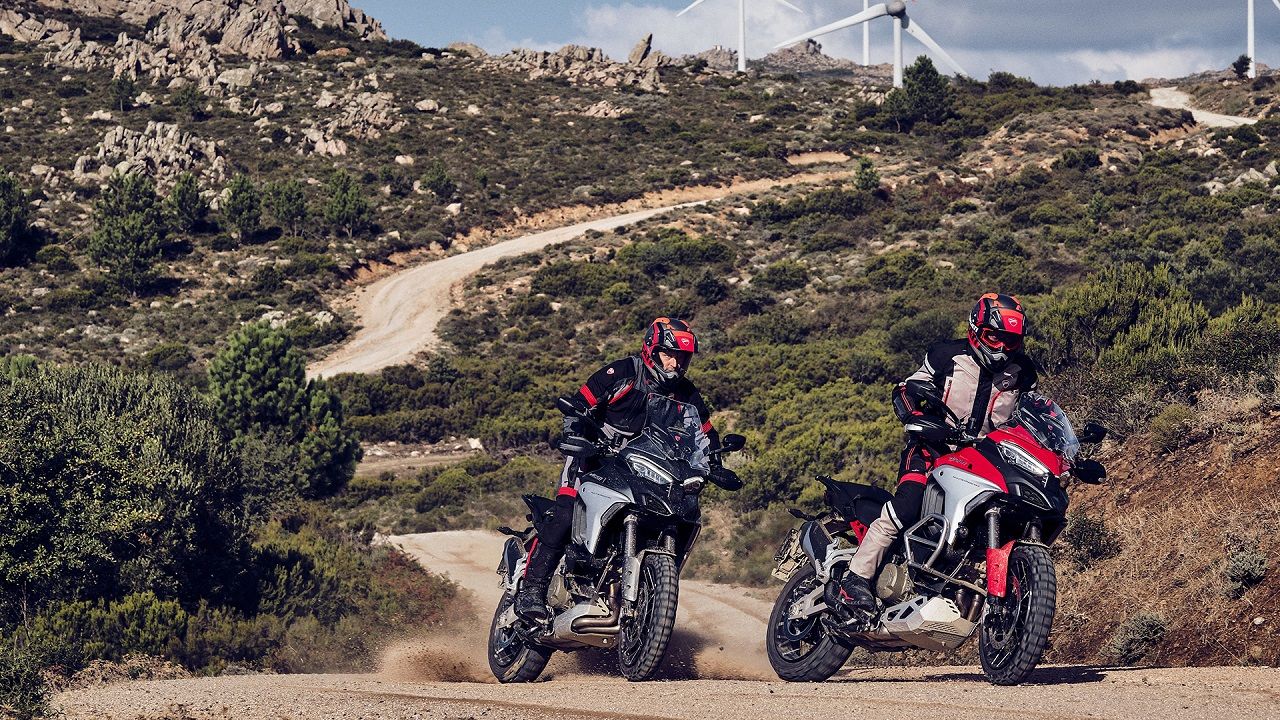 It seems that Ducati is on a launching spree. After the Scrambler, Streetfighter V4, updated Panigale V4, and Diavel 1260, the Italian marque has now introduced its flagship ADV – the all-new Multistrada V4 – at Rs 18.99 lakh for the base trim and Rs 23.10 lakh for the V4 S. Ducati has not brought in the V4 Sport to India as yet.

The biggest change in the new Multistrada V4 is the heart. It now comes with a 1,158cc V4 mill, which is good for 168bhp and 125Nm. In comparison, the outgoing Multistrada 1260 made less power at 158bhp but more torque at 128Nm. The engine comes paired with a 6-speed transmission. The Multi V4 also gets a wide variety of electronic aids, including an IMU-based cornering ABS, traction control, wheelie control, adaptive cruise control, and more. The Ducati ADV will also come fitted with a 5.0-inch colour TFT on the standard trim and a larger 6.5-inch on the V4 S. 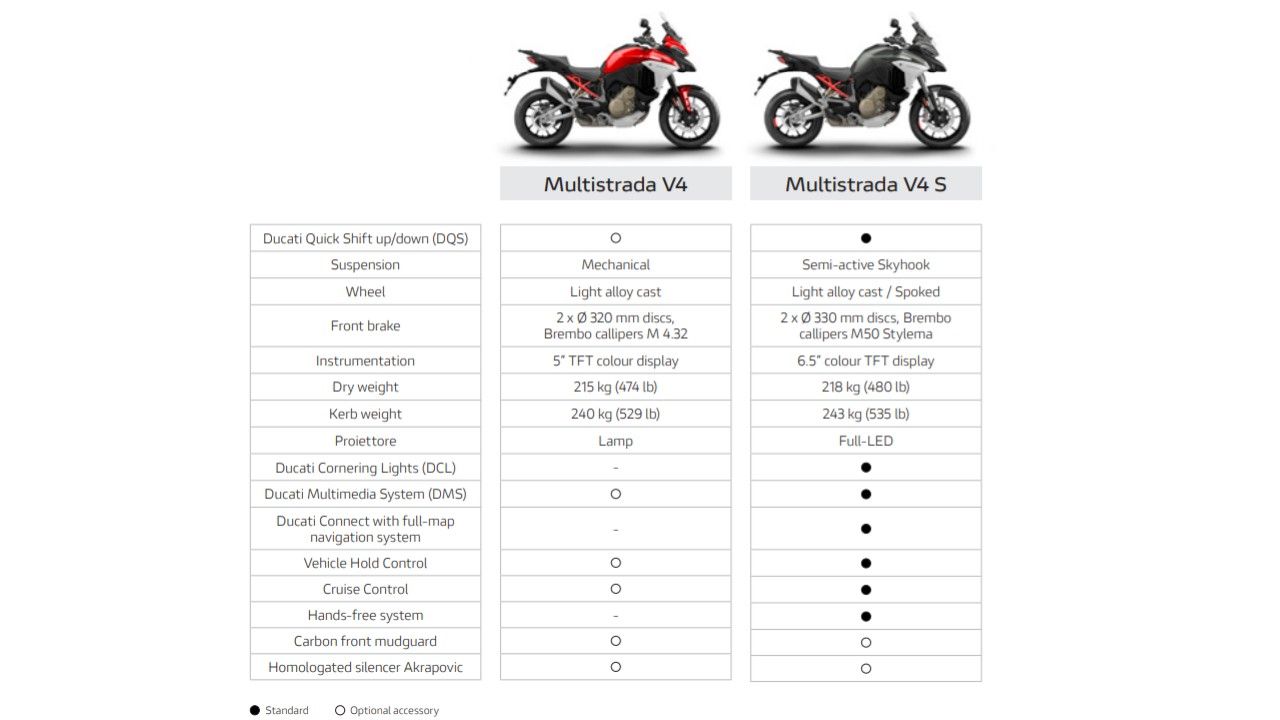 Another big change is the chassis and suspension components of the new Multistrada. It now sits on an aluminium monocoque frame instead of the old steel trellis one. The 19-inch front wheel now sits on 50mm USD forks, while the 17-inch rear wheel is linked to a monoshock.

Apart from these changes, the Multistrada V4 has also received some mild cosmetic revisions. The new offering now looks leaner and meaner than the old Multi 1260. Customers can book the Multistrada V4 by paying a minimum amount of Rs 1 lakh.

The Multistrada V4 locks horns with the likes of the BMW R 1250 GS. The German bikemaker has also recently updated its flagship ADV, which now carries a starting price of Rs 20.45 lakh. Interestingly, Harley Davidson has also entered the ADV space with the all-new Pan America. The motorcycle has already been launched at a starting price of Rs 16.90 lakh.