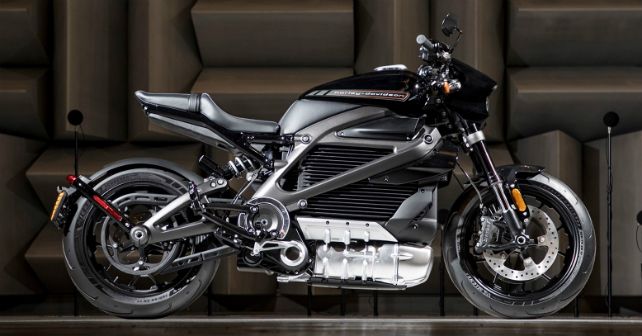 First unveiled in 2014, Harley Davidson has finally unveiled the production-spec version of the much-awaited Livewire. This is the bike maker’s first electric offering and has a claimed range of 235km

We have been anticipating a paradigm shift to electric vehicles for a while now. In 2019 so far, there have been three electric vehicle launches in India, and four more are expected before the end of the year. If that still doesn’t convince you that the electric future is now here, how about this – Harley Davidson has just showcased the production-spec version of their first electric offering – the Livewire.

Harley Davidson first showcased the Livewire in concept form in 2014, but now the testing phase is done. The American cruiser manufacturer is about to launch it in the United States and certain European markets next month. Here’s all you need to know about the motorcycle

1.)    The Motor: Powering the Harley Davidson Livewire is a permanent magnet electric motor that pushes out 104.5bhp and 116Nm. All of this power takes the Livewire from standstill to 100km/h in just 3 seconds. Just the way we’ve known them to be, the Livewire produces all of its torque right from the word go. Harley claims that the Livewire will record a maximum speed of about 153km/h.

2.)    Range and Charging: The Revelation motor gets it power from a 15.5kWh lithium-ion battery, a.k.a Rechargeable Energy Storage System in Harley speak, that is positioned at the centre of the bike’s cast aluminum frame. To ensure that the bike remains cool, the RESS gets finned housing for the motor and small air scoops on the bodywork for efficient cooling. Aside from that, the H-D Livewire has also been fitted with a 12-volt battery to perform the start-up and key fob functions. Interestingly, Harley Davidson claims that the Livewire has a riding range of 235km. Although that addresses the range anxiety, the bigger problem here is the charging. H-D provides an on0board Level 1 charger that can be plugged into a household outlet with the help of a special chord provided by the company. sadly, this unit only gives the motorcycle a range of 20km in an hour of charging. Harley will also have a DC fast charging option that takes it to full charge in just an hour.

3.)    Rider Aids: The Livewire gets a ton of rider safety aids including a 6-axis IMU assisted ABS, and traction control. The motorcycle gets as many as seven rider modes – Sport, Road, Rain, Range, and three other custom modes. It also comes with regenerative braking and a drag torque slip control – which aids in keeping rear tyre on the road under heavy braking.

4.)    Suspension and Brakes: Harley Davidson has fitted the Livewire with superior hardware like the fully adjustable Showa Big Piston Separate Function Forks up front and a fully adjustable monoshock at the rear. The suspension gets 115mm of travel at both ends. Braking duties are performed by two 300mm disc up front and a 260mm disc at the rear.

5.)    India launch: The Harley Davidson Livewire will go on sale in the global market in a month’s time, but there is no news about its launch in India as yet. In the international market it is priced at $29,799, roughly Rs 20.42 lakh.