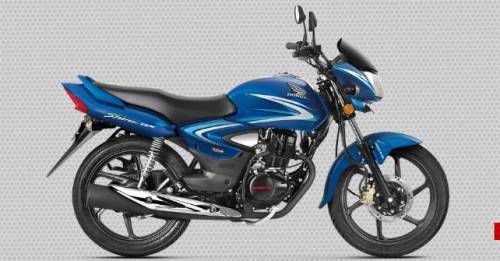 Also comes with Auto Headlamp On (AHO) feature and a new colour.

Honda Motorcycles and Scooter India (HMSI) recently introduced the BSIV iteration of its premium 150cc offering CB Hornet and the Honda Unicorn 160. This move was made in light of the upcoming mandate according to which all motorcycles sold in India should be BSIV compliant. The Japanese bike maker has now also updated its popular 125cc offering, the CB Shine, to bring it in line with the BSIV norms. The updated CB Shine is priced at Rs 55,799 for the Self-Drum variant, Rs 58,125 for the Self-Disc trim and Rs 61,047 for the top-spec CBS model. Interestingly, the official website doesn’t show the 5-speed CB Shine SP as a BSIV variant as yet. All prices ex-showroom Delhi.

Aside from catering to the upcoming emission norms, the CB Shine sports a few other changes. It comes fitted with an Auto Headlamp On (AHO) feature, which too will be mandatory on motorcycles from April 2017. In terms of styling, the updated CB Shine gets a chrome cover for the exhaust and the carburettor, 3D emblem on the tank and a BSIV badge on the side panel. Honda has also introduced the Athletic Metallic Blue, from the CB Shine SP palette, in the CB Shine BSIV.

The CB Shine doesn’t get any mechanical updates and continues to be powered by a 124.73cc single-cylinder engine. This unit churns out 10.16bhp of peak power and 10.30Nm of max torque. Mated to a 4-speed transmission, the CB Shine comes with the Honda Eco Technology or HET, which helps it return impressive efficiency.

Since the time of its launch in 2006, the CB Shine has gradually become one of the most trusted motorcycles in the 125cc class. In fact, it held the top spot in the segment for a while, before the title was taken by the Hero Glamour last year. To this day, the CB Shine is the best-selling model for Honda.