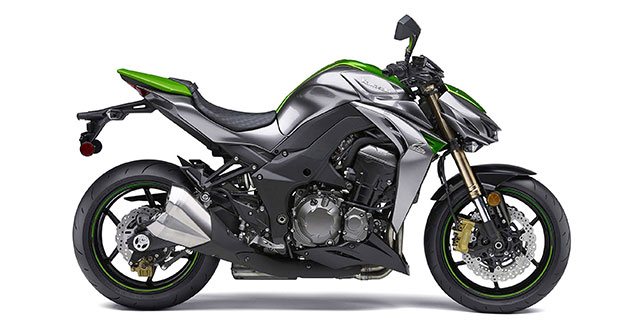 Kawasaki certainly was the most pro-active big bike manufacturer in India this year. In just the last couple of months they launched the ZX-10R and the ZX-14R, and prior to that, they launched the Ninja 650 and the much talked about Ninja 300. That certainly makes the Japanese bike maker seem like the most eager of all the big bike companies to gain a significant foothold in that segment. But, they have not stopped at that, because just last month, before the year 2013 came to an end they hit the market again with two more launches – the Ninja 1000 and the Z1000 naked superbike.

The Z1000 and the Ninja 1000 both feature an advanced aluminum frame similar in design to the Ninja ZX-10R. The Z1000 and Ninja 1000 also feature the same upgraded 1,043cc, DOHC, liquid-cooled, 16-valve engine with peak power set at 142bhp. The bikes also share the same price tag, which is marked at Rs 12.5 lakh ex-showroom Pune. The bikes will be available at the Pune dealership and at the new dealership that will open up in Delhi this month.