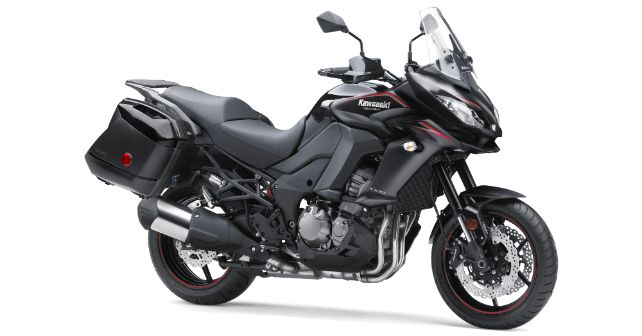 Demand for the Versys 1000 was limited subsequent to new launches from Triumph, BMW and Honda.

In light of limited demand, Kawasaki has discontinued the sale of its litre-class tourer – the Versys 100. The motorcycle was in want for a substantial update and was starting to show its age. To make matters worse, rivals BMW, Ducati and Triumph have recently introduced updated models of the R 1200 GS, Multistrada 950 and the Tiger 800, respectively. In comparison to the said competition, the Versys 1000 was low on equipment and technology, despite a similar price tag. While tourers are sold in India in fewer numbers, at 239kg, the Kawasaki offering was also heavy and had a tall seat height.

The Kawasaki offering came fitted with a refined 1,043cc, four-cylinder, liquid-cooled heart that pumped out 118bhp and 102Nm. This engine was paired with a 6-speed transmission. The Versys 100 was a comfortable tourer which could cover long distances with utmost ease. The litre-class tourer even came with a 3-level traction control system and 2 riding modes, but these options were not quite on par with what the competition offered. In fact, Kawasaki offered more features and technology on the Ninja 1000.

Kawasaki first brought in the Versys 1000 in January 2015 and introduced a mild update in December 2016. There’s no word from Kawasaki about when they will bring the new Versys 1000 to the global market as yet. Only post the global launch will we get to know if India Kawasaki Motor will launch it in India. One thing is certain though, if it does, the new Versys 1000 will come with all the tech that is now the norm in the segment.