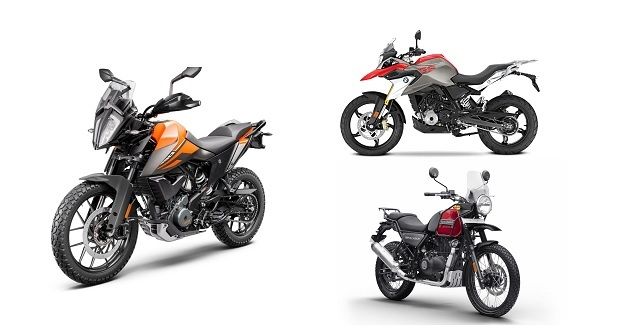 How does KTM's new and affordable adventure motorcycle stack up against the old-timers – BMW G 310 GS and Royal Enfield Himalayan – on paper? Let's find out...

With the KTM 390 Adventure going on sale in the Indian market recently, the affordable ADV segment is buzzing again. In terms of competition, the new 390 Adventure has only one direct rival – the BMW G 310 GS. However, given its application and target audience, there’s no denying that people looking to buy these ADVs are likely to consider the even more affordable Royal Enfield Himalayan. So, how do these three stack up against each other on paper? Let’s find out,

The KTM 390 Adventure looks quite good and purposeful – it has a typical ADV stance with a tall handlebar, a narrow seat, and an upright position. There’s a lot of influence of its bigger siblings, such as the 790 Adventure, which is sold in global markets. And this ensures the 390 Adventure has a unique aesthetic appeal. There’re some odd angles though – like, the craned headlamp cowl looks a bit of an afterthought, as it juts out at an awkward angle. However, overall, it looks very focused and premium. 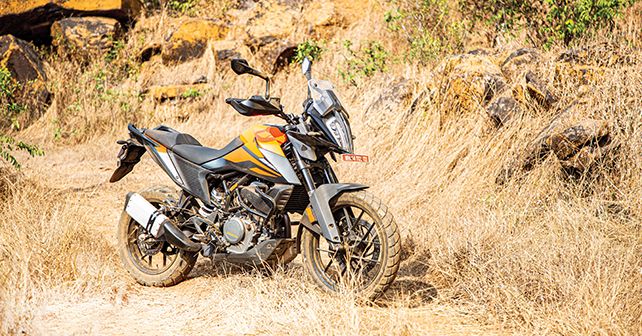 The G 310 GS, on the other hand, looks a little more premium and easy on the eyes – thanks to its mini GS look, GS graphics, and a golden front fork. The G 310 GS is also the most compact bike here.

In comparison to the other two, the Himalayan looks the most off-road focussed with its crude and bare-bone look. There’s hardly any bodywork and everything is exposed. The Himalayan is also the only bike here that comes with spoked wheels.

Dimension wise, the Himalayan is the longest motorcycle here. It also has the longest wheelbase of 1,465mm. Also, its seat is the most accessible at just 800mm above ground. The G 310 GS’ seat height of 835mm will be adequate for average-sized Indians, but KTM’s 855mm seat height will require some tip-toeing by riders below the height of 5’8.

The Himalayan is the heaviest of the trio at 199kg, while the BMW weighs much less in comparison – 169.5kg. KTM hasn’t revealed the kerb weight of the 390 Adventure, but the dry weight stands at 162kg. Given the fact that its fuel tank has a capacity of 14.5-litres, the kerb weight should be around 13 – 14kg extra – approximately 175kg.

The 390 Adventure is powered by the same 373cc single-cylinder engine as the 390 Duke. The engine produces 42.9bhp and 37Nm of torque, and it’s the most powerful of the lot here. It’s mated to a six-speed gearbox, which gets a slipper clutch.

The Himalayan is propelled by a 411cc single-cylinder engine that produces 24.3bhp and 32Nm of torque. It comes with a 5-speed gearbox but doesn’t have slipper clutch. 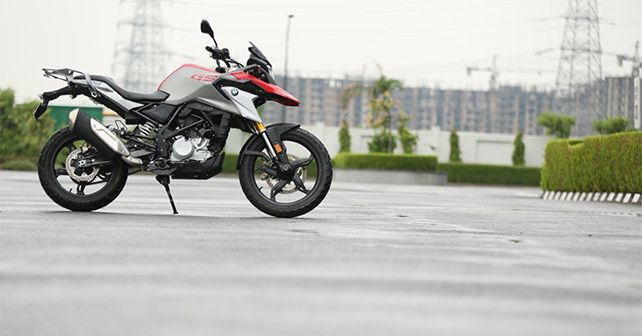 The G 310 GS features a 313cc single-cylinder engine that is rated at 33bhp and develops 28Nm of torque. It’s also mated to a 6-speed gearbox but doesn’t have a slipper clutch.

Unlike the KTM and Royal Enfield, the BMW’s motor is not BS-VI compliant at the moment. However, it’s expected to be out soon since the updated 2020 TVS Apache RR 310, which shares the same motor, is already BS-VI compliant. 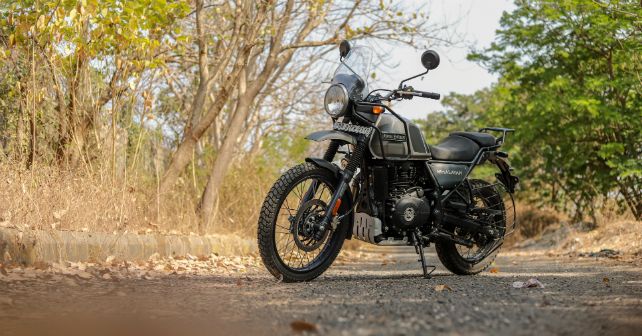 All three bikes come with a dual-disc setup. The KTM features the largest front disc of 320mm with radially mounted callipers, as compared to 300mm discs with axially mounted callipers on both the BMW and Royal Enfield. It has a smaller 230mm rear disc, though, as both the G 310 GS and Himalayan have 240mm rear discs. Dual ABS is standard in all three bikes, but the KTM and Royal Enfield have the functionality to switch off ABS on the rear wheel for off-roading.

This is where the KTM simply pips the other two, and by quite a margin! The 390 Adventure is packed with features such as ride-by-wire throttle, traction control, cornering ABS, an LED headlamp, a bi-directional quick-shifter, and a 5-inch colour TFT display with Bluetooth connectivity and turn-by-turn navigation. None of the other two bikes gets any of these features, and that’s the end of it, really! 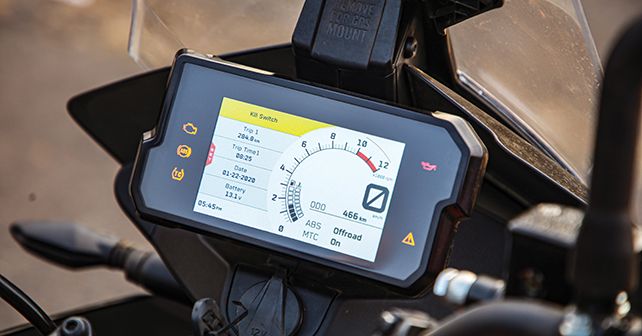 The BMW does get a digital instrument cluster, but the Himalayan continues to feature an analogue arrangement for instrumentation. It does, however, get a compass.

All in all, it seems the 390 Adventure has a lot going for it on paper. However, the Himalayan – with its off-road cred and affordable price-tag – may turn out to be a better choice for someone who likes treading on the rough stuff more. As for the BMW, we still think it’s a bit overpriced for what it offers. 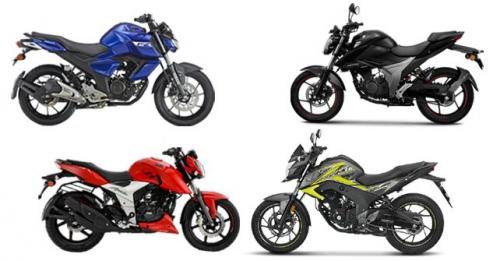