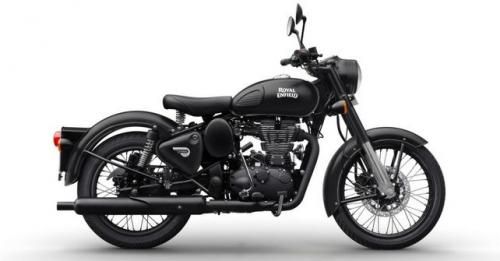 Argentina is the third country after Brazil and Colombia in the Latin American region to have an exclusive Royal Enfield store.

Royal Enfield has announced its entry into Argentina, the second biggest motorcycle market in Latin America.

With the capital city of Buenos Aires representing the largest motorcycling community in the country, Royal Enfield launched its first flagship store in the heart of the city, commencing its full operation, including after sales, spares and service.

Royal Enfield in Argentina will be present with a lineup of four of its popular models featuring single-cylinder engines currently up to 535cc. Available models include the Bullet 500, the retro Classic 500, the Continental GT 535 cafe racer and the 410cc Himalayan adventure tourer.

With start of operation from March 2018, Royal Enfield’s first dealership in the country will create an ecosystem in Argentina comprising of retail experience, aftermarket capabilities, rides and community events and other things that celebrate the company’s heritage.

Speaking on the company’s entry into Argentina, Rudratej Singh, President of Royal Enfield, said, 'Royal Enfield is the fastest growing motorcycle brand in the world. Our approach in international markets has been to focus on key cities that strongly influence the motorcycling and lifestyle culture in the country. Our fast growing network of flagship stores are now present in nodal cities like London, Paris, Madrid, Barcelona and Melbourne to name a few. More recently our focus has been on fast emerging motorcycle markets, like South East Asia and Latin America. We are expanding our footprint in the Latin American region, where we already have established presence in key cities like Sao Paulo, Medellin and Bogota. The flagship store in Buenos Aires fit right into our city-focused global expansion approach.'