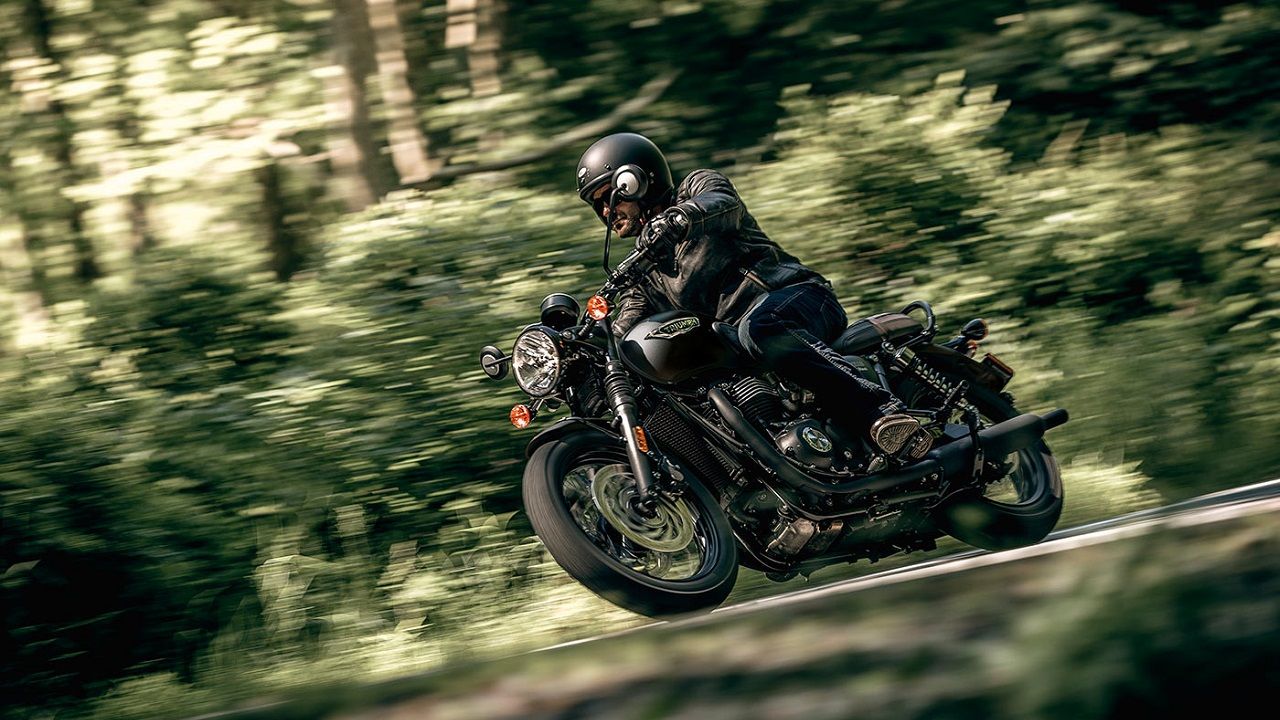 The Black editions of the Triumph Bonneville T100 and T120 only get visual updates over their regular counterparts, and will feature the same BS6 compliant 900cc (T100) and 1,200cc (T120) parallel-twin engines.

There are no mechanical or design changes in the Black editions, but they will stand out from the regular Bonneville T100 and T120, for they get a matte black finish all around, instead of the shiny chrome theme of the standard models. The bits that have been blacked out include wheels, engine cover, mirrors and exhaust pipes. Other than these visual updates, both the T100 and T120 Black editions will get the same equipment as the standard motorcycles. This includes a ride-by-wire throttle, dual-channel ABS, switchable traction control and two riding modes (only with T120).

The T100 Black will come powered by the same 900cc parallel-twin engine that does duty in the standard T100. The engine produces 54bhp and 76Nm of torque. It’ll come mated to a five-speed gearbox, just like the regular version. The T120 Black, too, will feature the same engine as the standard T120 – a 1,200cc parallel-twin that’s rated at 79bhp and develops 105Nm of torque. This engine is paired to a six-speed gearbox. Both the engines are BS6 compliant.

The Bonneville T100 Black and T120 Black will command a slight premium over their standard models. The standard T100 is priced at Rs 8.87 lakh, while the T120 carries a price tag of Rs 9.97 lakh (both ex-showroom).