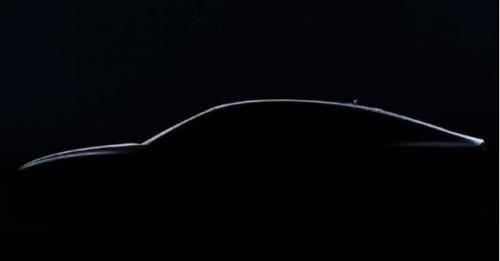 Five years after Audi first brought in the A7, they are now ready to take the wraps off the second-generation model. On their official twitter handle, the Ingolstadt-based car maker released a teaser image of the car and announced its unveiling on October 19. Although, the company will officially unveil the new 2018 A7 tomorrow, thanks to leaked images of its scale model, we already know some of its design details.

The A7 borrows a lot of its design cues from the larger A8 sedan. Typical of all the new Audi offerings, the front-end now sharper with that signature hexagonal grille taking the centre stage. The bonnet is evidently lower than before and those sleek headlamps give the 2018 A7 an angry look. The chiselled bumper with the large air dams give the 2017 A7 a sporty appeal. In profile, the new A7 continues with the smooth sportback roofline that blends into the stubby boot. The rear sports an all-new design too, once again, inspired from the new A8.

Considering that it is positioned just below Audi’s flagship sedan, the A7 will get a lot of equipment as standard fitment including Audi’s virtual cockpit, TFT instrument cluster, 2-din infotainment system, three-zone climate control, LED headlamps and more. Just like the Audi A8, this one too will be based on the MLB Evo platform. While the official confirmation will only come tomorrow during the unveiling, we suspect the A7 to come fitted with a 1.8-litre TFSI motor and a 2.0-litre diesel. More powerful version are also likely to be unveiled in the form of the S7 and the RS7.