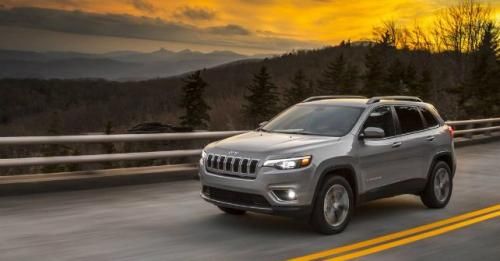 Just like they did with the Wrangler a few weeks back, Jeep has now released official images of the 2019 Cherokee. The images reveal some easily noticeable changes to the exterior design of the Cherokee. Gone are the split headlights from the old Cherokee and in place Jeep has fitted it with a single unit. The bumper continues to house a fog lamp though. The curvy nose of the older generation model has been now chiselled. The U-shaped contours on the hood help highlight the chrome grille, thereby emphasising the family design language.

The other most easily noticeable change is at the back. The oddly shaped tailgate on the outgoing model looked a little blank but thankfully that isn’t the case with the new model. The registration plate is now a part of the large tailgate, and it does help in making it looks smaller. The bumper has been redesigned too and now comes fitted with a faux skid plate. There are no noticeable changes to the interior of the Cherokee.