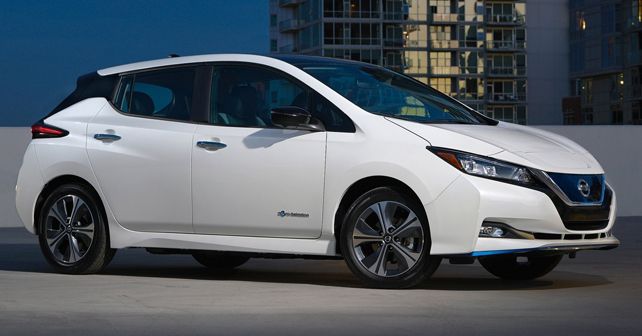 Nissan has revealed an updated version of its best-selling electric vehicle, the Leaf. Dubbed the Leaf e+, the new version gets a bigger battery pack, which results in more range per charge. The Leaf e+ goes on sale in Japan later this month, and it will eventually be available in the US and European markets.

According to Nissan, the Leaf e+ gets a 55 per cent larger battery pack, which means its capacity has increased to around 62kWh (the standard car has a 40kWh pack). The battery pack powers a 160kW/340Nm electric motor, and this marks an increase of 50kW/10Nm over the standard Leaf.

Thanks to the new battery pack, the e+’s range has increased to 458km on WLTC cycle, which is 40 per cent more than the standard version (322km). What’s more, Nissan claims the charging time will be more or less similar in the new model since it gets a 100kW Quick charging system as opposed to the current car’s 50kW charger.

Apart from the aforementioned updates, the Leaf e+ is unchanged from the regular Leaf – except, its ride height has increased by 5mm, thanks to 16-inch wheels. There are some small functional updates elsewhere, including an 8.0-inch touchscreen infotainment system and a door-to-door navigation function that syncs the system with a smartphone for seamless driving and walking directions.

It’s highly unlikely that we will see the Nissan Leaf e+, or even the regular Leaf for that matter, go on sale in India, as the Japanese manufacturer doesn’t have any immediate plans to bring its electric vehicle to our shores.