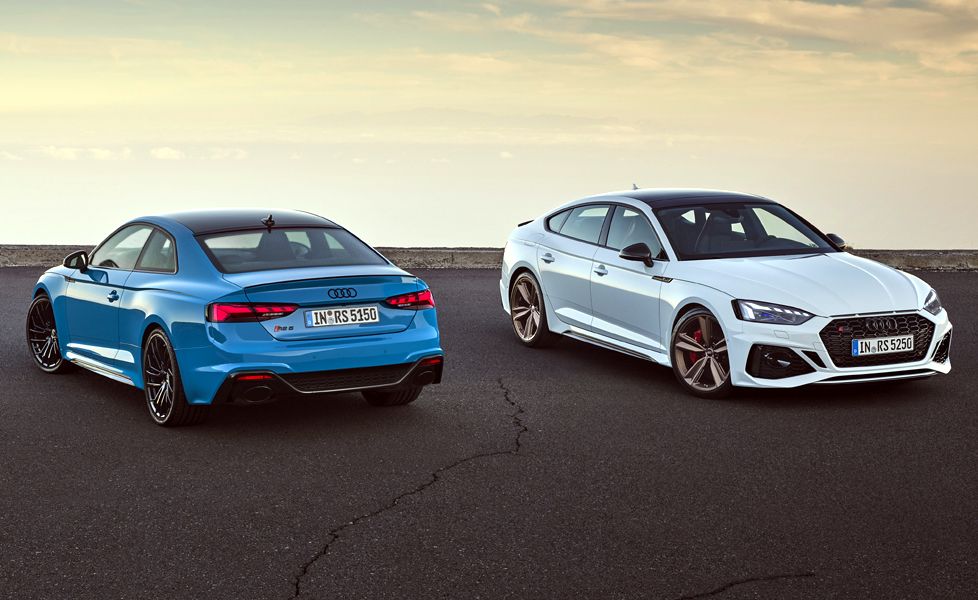 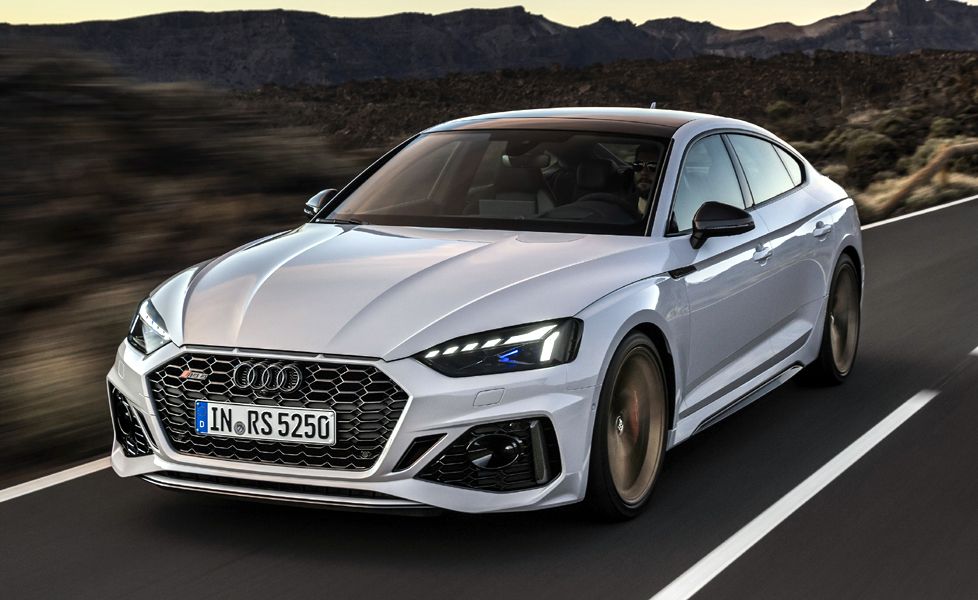 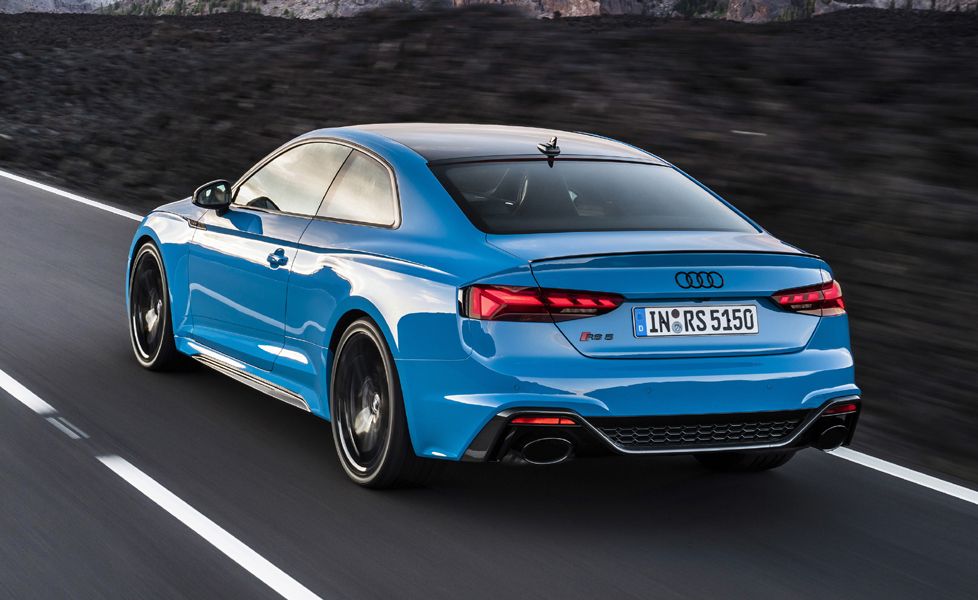 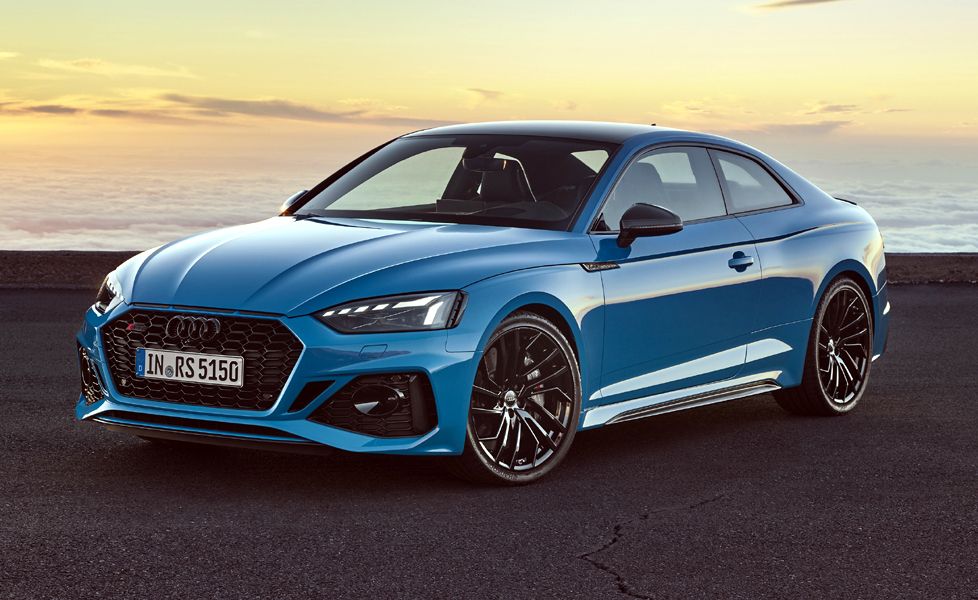 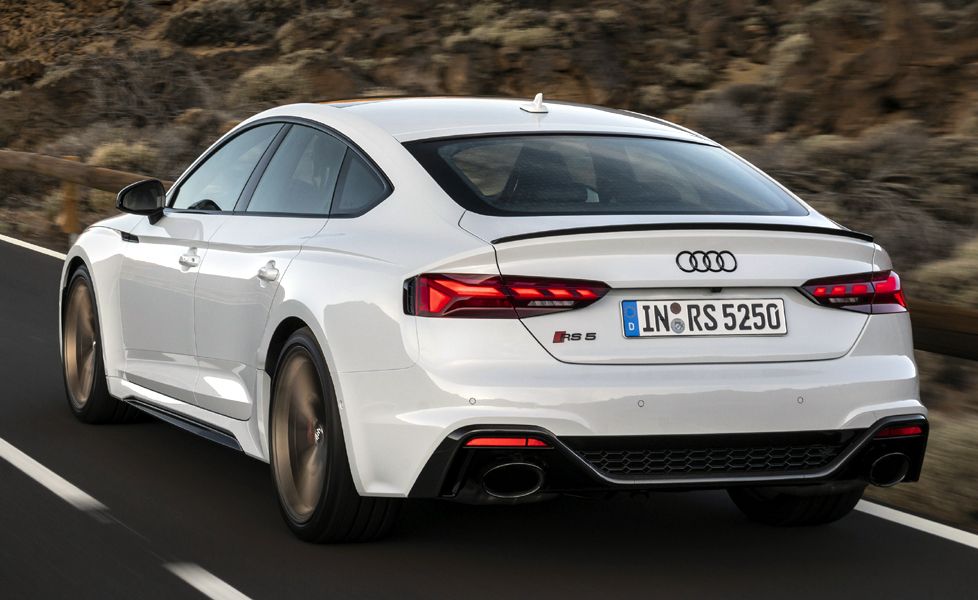 In September 2019, Audi revealed the updated A5 sedan that brought it in line with its other siblings, like the A4. Now though, the carmaker from Ingolstadt plans on ending the year with the reveal of the facelifted RS5 Coupé and Sportback. As expected, the 2020 RS5 looks quite similar to its elder sibling, the RS7. However, the RS5 gets some additional styling highlights to give it a younger, sportier appeal than the bigger RS7. 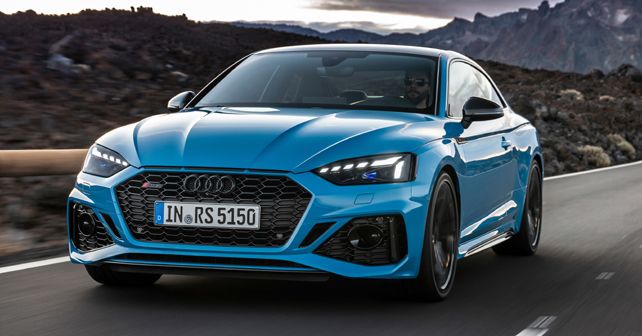 Biggest visual changes can be seen at the front, where the Singleframe grille is wider and flanked by a pair of new headlights. 40mm wider wheel arches further broaden the RS5's stance. The car can be ordered with optional matrix LED lighting (with laser light tech). The front bumper bears a strong resemblance to that of the RS7, but it gets additional air vents on either side of the grille, along with new fog lamps inserts integrated into the pentagonal air intakes. The triple-segment air intake, just above the grille, has also been borrowed from the RS7. Further changes have been carried out on the side sills and the rear fascia is highlighted by a reworked diffuser insert and new taillamps. 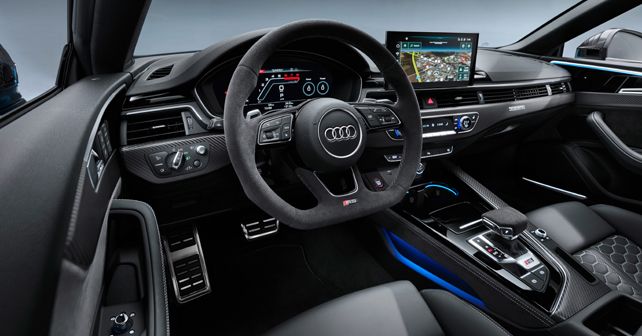 Inside, the 2020 RS5 comes with a revised infotainment system that is now operated by a 10.1-inch MMI touchscreen. However, unlike the integrated MMI screen found in the A6, A7 & the A8, the RS5 gets a tablet-style free-standing screen. Customers can also order the 2020 RS5 with the optional Audi Virtual Cockpit Plus that offers a 12.3-inch digital instrument cluster. 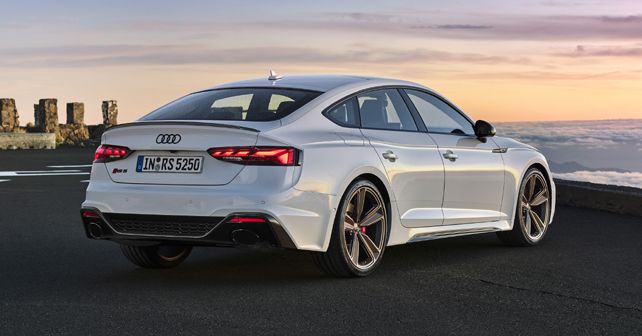 While the 2020 RS5's visual appeal has been thoroughly refreshed, it continues to be powered by the same 2.9 TFSI twin-turbo V6. With no changes, the mill continues to pump out  444bhp and 600Nm of torque. The 8-speed Tiptronic transmission and quattro all-wheel-drive are offered as standard, but the driver will be greeted by a pair of new, larger aluminium paddle shifters for more effective gear changing. Speaking of new, the 2020 RS5 rides on new 19-inch wheels as standard, with optional 20-inch wheels also on offer in three design variants.

Audi RS Q8 is the brand's fastest and most powerful SUV